The Legacy of Kunio-Kun Through River City Ransom 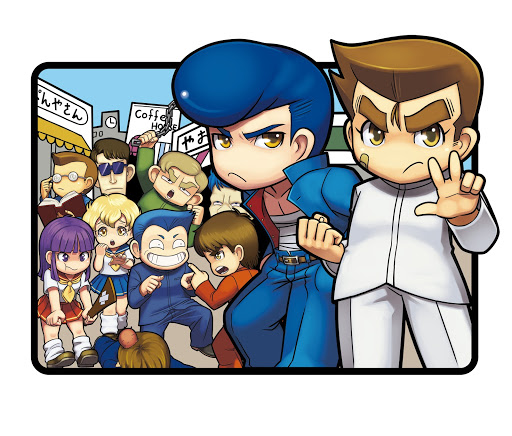 The Kunio-Kun series likely doesn’t sound very familiar at all to those in the West. A big part of this is because the games that were localized in the West were commonly edited to appeal to the Western market: many were released under different titles and would have edited storylines and sprite work. On top of all that, the series can commonly be separated into many other series with its many abundant entries.

Each Kunio-Kun title hasn’t seen releases in the West either. Some were edited enough that it wouldn’t be surprising if people might not know they were a part of a bigger series. If just one title had to be picked to represent the series impact in the West, it would have to be the beat em’ up Downtown Nekketsu Story, or River City Ransom as it was known in North America.

It’s best to start with how the series reached that point. Its first entry is synonymous with the full name of the series: Nekketsu Kōha Kunio-Kun (commonly translated as Hot-Blooded Tough Guy Kunio). The story follows the titular Kunio who stands up against various gangs who beat up and bully his friend in front of their Nekketsu High School.

Where it truly stood out was with its gameplay. The game took influences from other side-scrolling fighting games at the time and added more attacks as well as 8-way movement (by allowing movement into the foreground and background). Nekketsu Kōha Kunio-Kun is hailed as one of the earliest entries in the beat em’ up genre.

The changes made to it for its American release would likewise result in the game being a popular title. Localized and released as Renegade, the story changed to a nameless rebel who sets himself on a mission to fight through several gangs to save his girlfriend from an underworld mob boss. Renegade also differed with changes in its graphics which seemed to resemble the famous American film The Warriors.

Thanks to the success of the game, a request was made for a “two-player game because it could earn more money in arcades” by the higher-ups of series creator Yoshihisa Kishimoto. His response to this was the creation of the Double Dragon series. Double Dragon is another series that’s become highly influential in the beat em’ up genre. 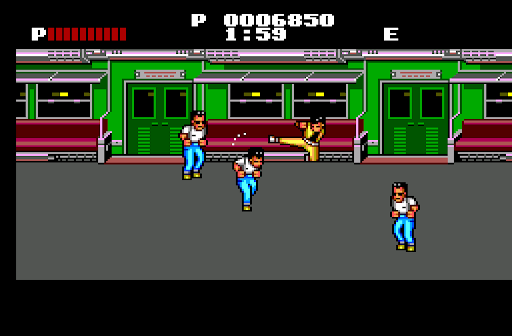 The addition of a two-player mode and more refined combat mechanics would set the series far from any others. Following a more fantastical martial arts theme would prove favorable with audiences in Japan and in North America as well. 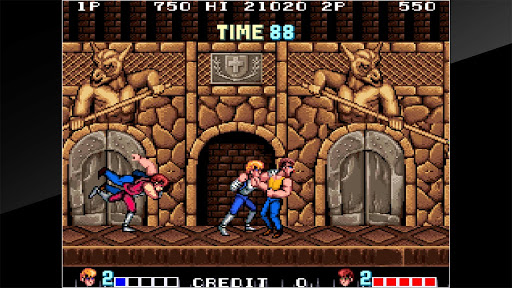 While Kunio-Kun is known for its beat em’ ups, it’s equally known for its sports games. The second entry in the series would be Nettetsu KōKō Dodgeball Bu, or Super Dodge Ball in America. Along with being the first dodgeball video game, it’s also the first sports-themed game in the series. A sequel would be made on the Neo Geo (also called Super Dodge Ball) and other sports games would be made for the series, covering soccer, basketball, and volleyball.

The third entry in the series is known by a few different names depending on where it was released. Originally in Japan it was Downtown Nekketsu Monogatari, while in PAL regions it was Street Gangs. Within North America it was released as River City Ransom.

As Double Dragon was influenced by the first entry in the Kunio-Kun series, the roles would reverse for this entry. Two players could play at the same time (with the second player taking control of Riki, Kunio’s rival and a villain from the first game) and RPG mechanics were added with money, upgradable stats, and many unlockable moves. An arguably bigger change was the replacement of preset stages with an open-world separated in different areas.

Changes would be made again in the game’s localization. The plot was changed slightly (it still involves saving one of their kidnapped girlfriends) as were character names, but the changes to the in-game sprites were far more substantial. Any references to Japan in the way of Kanji, shops, or background sprites, were cleared or replaced with something that would appeal to Western markets. Even character sprites were changed from typical Japanese high school uniforms to a much more American look in the form of t-shirts and jeans.

This entry would prove to be a defining one in the entire series. Aside from its gameplay serving as a further influence to the beat em’ up genre as the original had, the art style and design of the characters would be used as the basis for future entries. Many subsequent games would adopt “River City” or “Downtown Nekketsu” in their names to associate themselves with the game.

River City Ransom would become its own success. Well, it wasn’t an immediate success but it would become well known for its humor and the localized setting that resembled 50’s Greasers subculture and famous American works such as The Outsiders and West Side Story. It’s pretty common to see it on lists of the best NES games of all time.

It’s not surprising to see how much of a success River City Ransom was in America. It would even influence the Scott Pilgrim series and its subsequent video game. To further illustrate the impact that the Kunio-Kun series has had through River City Ransom (especially in North America), I’d like to end this article with mentions of the two latest and biggest entries related to the latter.

In September 2013, a Kickstarter launched for River City Ransom: Underground, an official North American sequel to the original River City Ransom game. The game matches the setting and plot established by the American localization of the original. Yoshihisa Kishimoto would even serve as a creative consultant on the game. 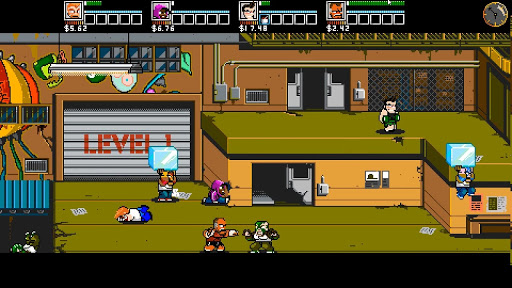 It has similarities to the game it’s meant to be a sequel to, but it also adds its own flair. Some key differences are the additional number of playable characters, changes to the combat, and more linear gameplay than the open-world of River City Ransom. The game was especially well-received by fans who played the localized original.

Although it’s not the absolute latest entry in the series (the spin-off budget title Stay Cool, Kobayashi-San!: A River City Ransom Story launched in November 2019), Arc Systems Works published River City Girls in September 2019. The game follows Misako and Kyoko as they rampage throughout the city in search of their kidnapped boyfriends and typical series protagonists, Kunio and Riki.

It was praised for its gameplay, which incorporated elements from previous River City games as well as introduced newer ones. Redesigned characters and the music similarly left a positive reception with critics. One of the common critiques of the game was its ending, which was later “fixed” with an additional secret/true ending. Personally, I thought the original ending to the game was hilarious and a wonderful nod to the status of the characters in the series, but I can see why some didn’t enjoy it. 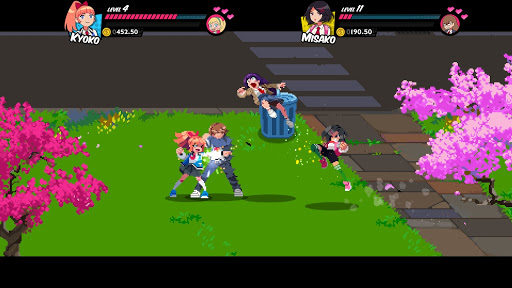 The above two examples are only a fraction of games related to River City Ransom. Although there’s a huge amount of games available to try out within the entire Kunio-Kun series that will each provide something different, it’s the above titles and other River City series games such as River City: Tokyo Rumble that are more common to find.

Many of them can be found on Steam, as well as PlayStation and Nintendo consoles and handhelds like the Nintendo 3DS. If you enjoy beat ‘em ups, these games deserve your attention.