The Legendary Career of Yu Suzuki: Creator of Virtua Fighter 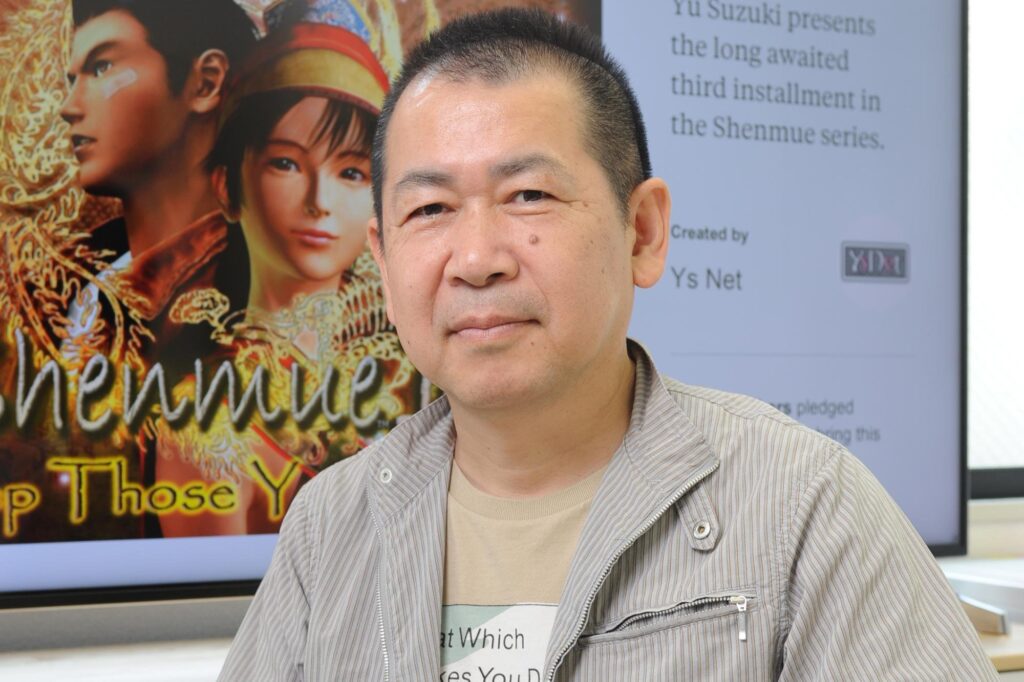 Yu Suzuki is not a man of half measures. His intense dedication to every game he has created has landed him where he is today, a pioneer in gaming.

Without his contributions, not only would arcades have been a lot duller, but 3D gaming would likely be two steps behind.

Here’s a rundown of his career from his early years at Sega to the rumored Shenmue III.

Directly out of college in 1983 Yu Suzuki landed an interview with Sega. Not because of a love for gaming, but for his interest in programming. Luckily for Sega, they hired him.

“I got a very good feeling about the company and that’s why I joined,” said Suzuki during an Icons documentary interview.

Suzuki worked for two years as a support programmer, sharing a workspace with five coworkers. The first project Suzuki was credited on was Champion Boxing which was released in 1984. 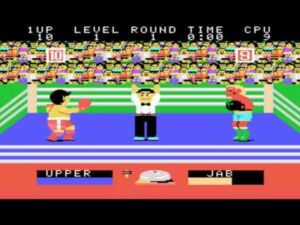 Suzuki had his first shot as lead developer on a project with Hang On. It was the first full-body experience arcade game, something that would become a Suzuki signature. Players were able to physically sit on a motorcycle, which acted as the controller for the game. When the first prototype motorcycle arrived Suzuki spent hours on it every day. No half measures. 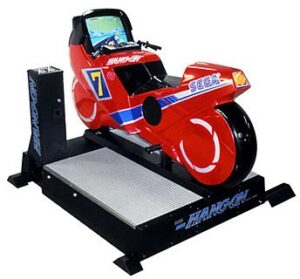 The hours poured into this game, on and off the bike, were worth it. Hang On was a groundbreaking game that made everyone in the gaming industry pause to consider what was possible.

Suzuki was just getting started.

He continued to create arcade games with unique and often large cabinets. There was Space Harrier, After Burner, and Out Run. These games were released in a steady flow until the early 90s when Suzuki turned his attention to a 3D fighting game.

1993 was the year of Virtua Fighter. Yu Suzuki was tasked with creating a game that could compete with Capcom’s Street Fighter. Many around him thought it was an impossible task.

“I don’t know if I’ll be successful, but of course I’ll give it a try,” said Suzuki referring to his mindset on creating the next big fighting game. Suzuki was ready to go down swinging.

He traveled to China to learn about martial arts first hand. He wanted the game to use actual MA moves as opposed to Street Fighters more over the top fighting style (Sorry, Blanka).

A few cracked ribs and one head injury later, Suzuki was ready to create his next game. In 1993 Virtua Fighter hit both arcades and homes thanks to  Sega Saturn.

Virtua Fighter was a rave success and sparked a franchise. To this day the Virtua Fighter arcade cabinets are the only video games on permanent display at the Smithsonian. Suzuki however, wasn’t about to take a break. 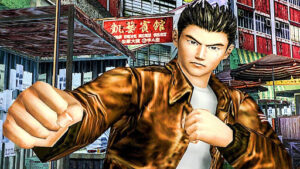 Suzuki didn’t have to spend hours on a bike or learn martial arts for his next big project. Instead, he meticulously studied motion pictures and brought on people from the Japanese movie industry to his team. He wanted to create a cinematic experience for his audience, and he did it with Shenmue.

Shenmue was released in 1999 for Sega Dreamcast. The game is an open world with 3D visuals that stunned audiences at the time.

Shenmue cost Sega $47 million, and that’s the conservative guess. Suzuki’s place was to release thirteen more chapters. Unfortunately, by the time Shenmue II was released the Dreamcast system was nearing its untimely death and the game all but tanked.

Shenmue III is a stellar comeback story that originated on an unlikely platform: Kickstarter. Suzuki vowed to make the third installment should they reach their financial goal of $2 million.

In the end they raised over $6 million and set records as the quickest Kickstarter to hit the $1 million mark. Suzuki proved once more, he isn’t interested in half measures.

These days Suzuki is a consultant for Sega and runs his own company Ys Net. Last year in 2019 he was presented with the Lifetime Achievement Award by The Golden Joystick. Suzuki has shaped the gaming world for the last three decades and he’s not done yet.

In a recent interview with IGN he has turned his attention to a Shenmue III. This time hoping to reach a broader audience.

“With Shenmue 3 I created a game for the fans, but if I have the opportunity to make Shenmue 4 – and I think I will – I know how to satisfy casual users, so I want to make a game that everyone can be satisfied with,” said Suzuki.

While little is known about Suzuki’s next game, there’s little reason to believe Suzuki will let us down.