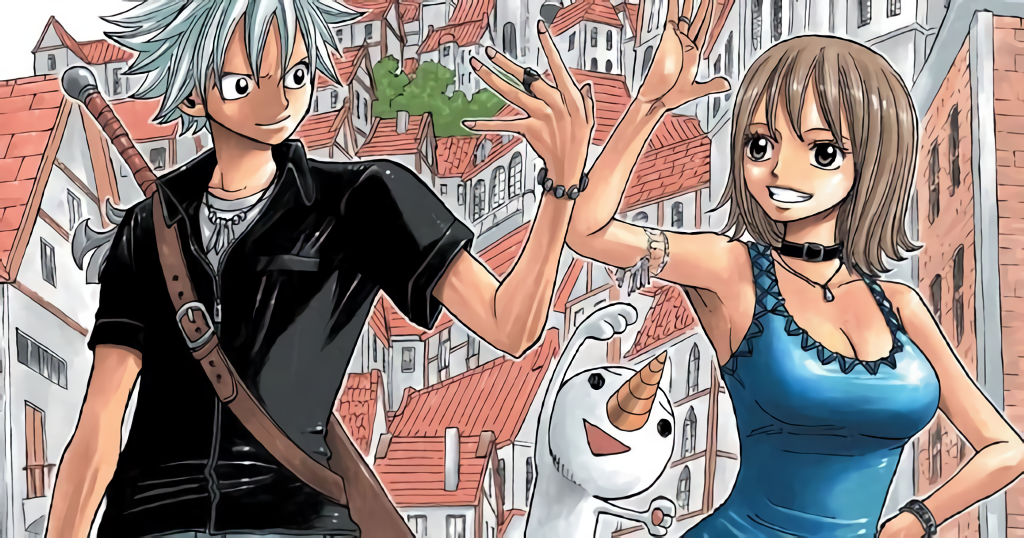 A Brief Guide to the Rave Master Anime

The Rave Master anime series is based on The Groove Adventure Rave, which is a Japanese manga series written and illustrated by Hiro Mashima. The series consisted of 51 episodes and was directed by Takashi Watanabe, with the music composed by Kenji Kawai. This anime series is based on the first 12 volumes of the manga series and came out in 2001 with an English dubbed version shortly after.

Essentially, a Rave Master is someone who is selected by the Rave to bring about peace to the world. This person is tasked with collecting all of the Rave Stones, which contain magical powers. He fights Dark Brings, which is essentially the opposite. Only the Rave Master can destroy the Dark Brings.

The world of Rave Master is filled with an assortment of powers and mystery and magic. There are what is known as Silver Claimers, which are those that have the innate ability to manipulate silver as they wish, Elemental Mages, Dragon Race, who can spit fire out of their mouths and look like humans! 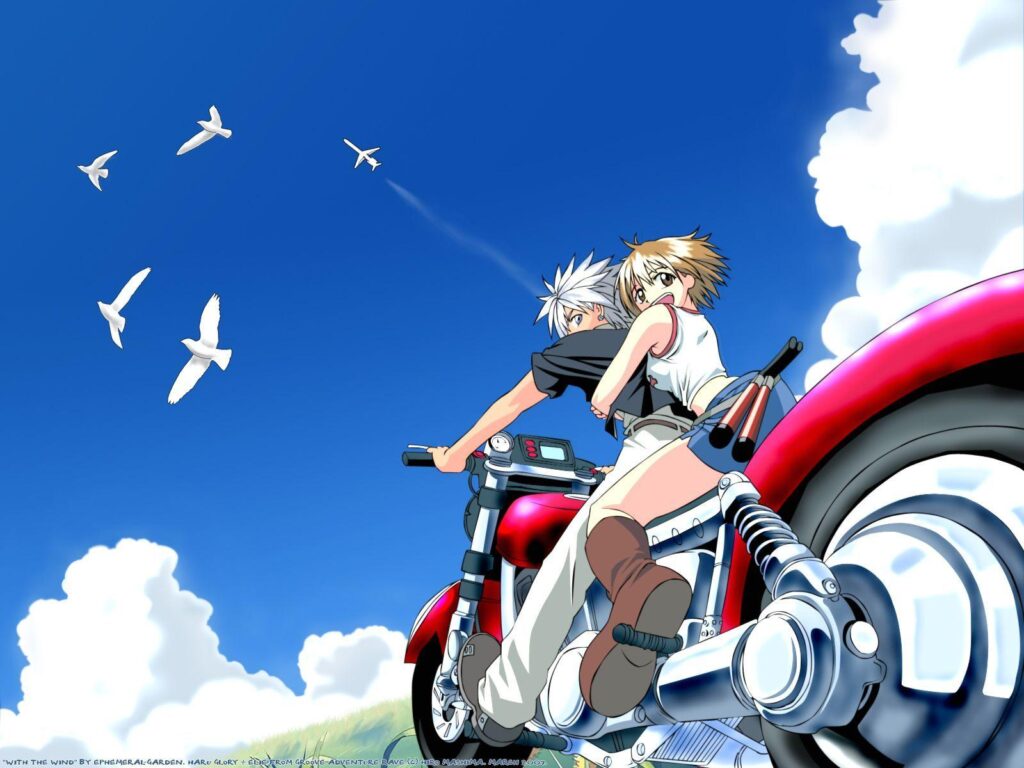 The series takes place in the year 0015 and the world is corrupted by Dark Bring, which are these stones that give strange mystical powers to their owners.

The Raregroove Kingdom and the Symphonia Kingdom fight each other with their strongest Rave stones. We meet Shiba Roses, who is the Rave Master, and she is tasked with destroying Sinclaire, the mother of all Dark Brings, with a specific sword. This battle causes a massive explosion that causes one-tenth of the known world to be destroyed. Shiba’s guardian god, Plue, protected her with the Rave to power his sword. However, at this point Plue and the other four Raves are scattered all across the world.

After fifty years, we meet sixteen-year-old Haru Glory, who lives on a peaceful island with his older sister, Cattleya. He happens to find Plue and is met with a distraught Shiba who wishes to reclaim Plue. Unfortunately, she is too late and a group of terrorists kill Shiba. Haru learns that he is the second Rave Master and is granted Plue and new power. He seeks to defeat the Demon Card on a journey to find and bring back the scattered Rave stones. When he reaches the mainland, he meets a girl named Elie with a strange inability to remember her past.

Among their journey they come across many people who eventually become allies, including Shuda and Sieg Hart. They also make more allies along the way with the Dragon Race, a penguin, a mage, and many other creatures! He also comes across Gale ‘King’ Raregroove, who is the leader of Demon card. Haru reunites with his absent father and together they end the Demon Card, but Gale sacrifices himself in honor of his son.

After some time passes, Lucia, who is King’s son, is somehow able to revive Demon Card. He plots to capture Elie to utilize a source of magical energy within her known as Etherion. As they are wary of Lucia and his forces, Haru and his allies become aware of yet another threat and creature called Endless, who threatens their existence with Overdrive and is only able to be destroyed with this power, Etherion.

In some way Lucia is able to actually absorb Endless and hopes to destroy the entire world. Upon finding all of the Raves, Elie is able to use Etherion to fuse them all together. Haru and his allies oppose and push back against Lucia and his immense strength. Despite Haru’s success in defeating Lucia, he is absorbed by Endless and he sacrifices his life and tells Elie to destroy it.

Time passes from this climax and one year after we see that Elie has completely lost all memories of Haru despite visiting his grave. However, Haru comes and appears alive from the Star Memory’s magic and he is able to return to Garage Island to live with Elie.

The main thing with the Rave Master anime is that it lacks any originality. Haru or Elie are the staple anime characters down to their appearance and clothing, without much detail.

The mascots are different but still leave a lot left to be desired. The villains also aren’t that inspired either; they don’t have as much depth and are simply a stereotypical ‘take over the world’ trope with little development or backstory. Their designs also feel like stock characters as well. 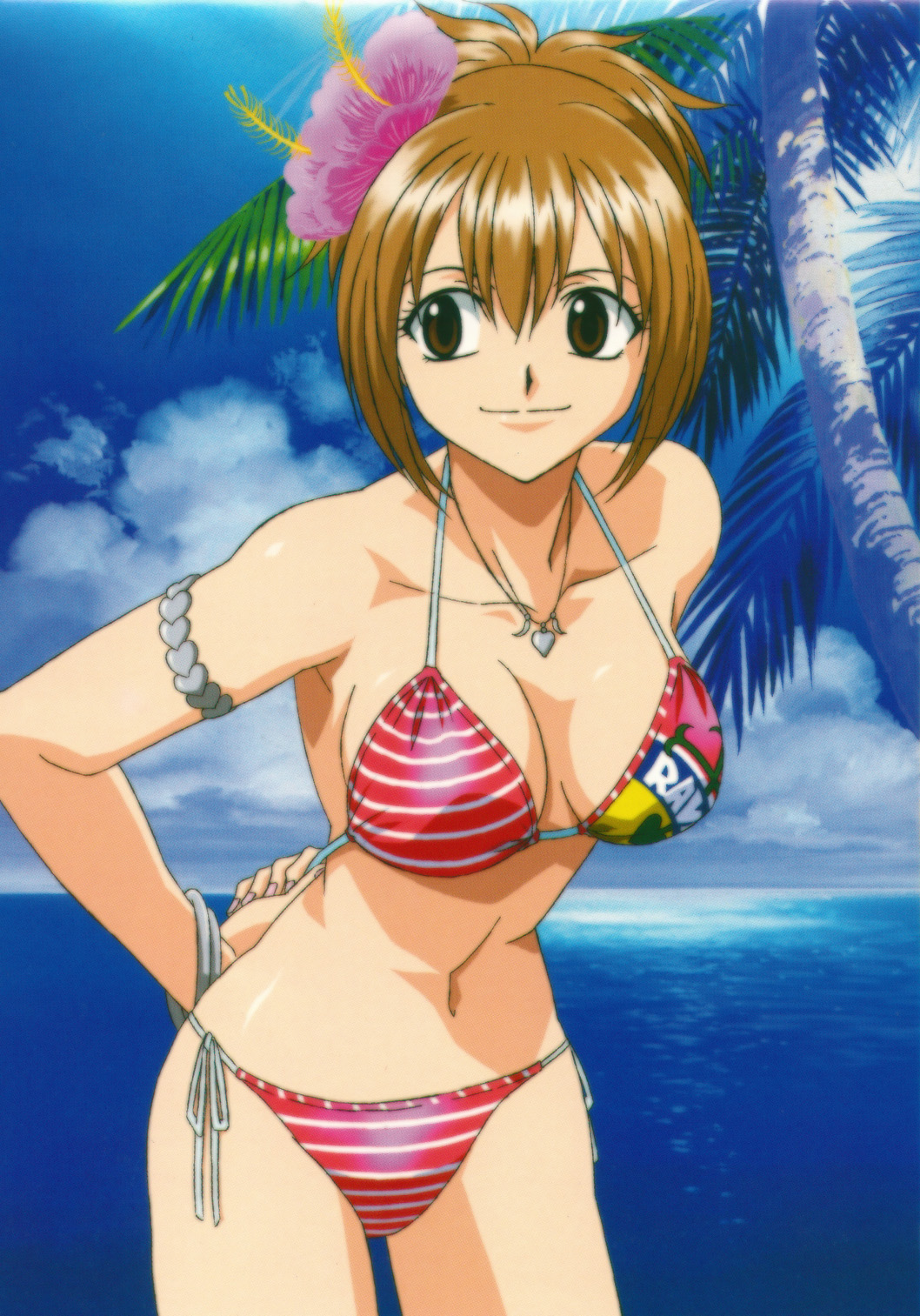 The animation isn’t sophisticated or doesn’t hold much up outside of the character designs; the CG is a bit cringe worthy and the frame rate for certain action sequences is not great. There are sequences that feel utterly repetitive and recycled as well. A lot of this is due to the face that the manga wasn’t given enough space before the anime was released.

The studio had to drag out certain sequences for this very reason, to keep using certain material as they waited for the manga to go on. This also leads to a certain level of predictability with our protagonist… Haru is always winning.

With all this being said, the story is paced well and I don’t think there is ever a point where something drags or is too long. It is balanced and naturally flows within this fantasy paradigm. There is a nice amount of romance imbued throughout the series that isn’t simply at the end with chapters confessing their love to each other.

Another unfortunate downfall of the show again is the fight sequences, which can be amazing in form, but they all essentially end after one hit. It is straightforward, but this becomes kind of a pattern that takes away from the excitement of action and could be viewed as stagnant. But overall the fights are really good and some even require the utilization of brain power over muscle and magical power, which is refreshing!

In addition to the anime and manga, there are also six video games based on Rave Master. The games were released for Playstation, including a role-playing game called Groove Adventure Rave and its sequel, and another platform game Plue no Daibouken from Groove Adventure Rave.