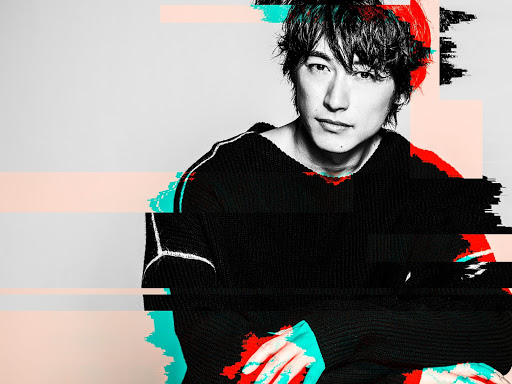 Dean Fujioka is an actor, model, film director and musician who was born in August 1980 in Sukagawa, Fukushima Prefecture, Japan. He moved with his family and grew up in Kamagaya, Chiba Prefecture. Although his interests and talents are vast, he has always had an interest and passion for music and musical theory.

He first produced music actually in Indonesia and now mainly in Tokyo. He does everything from songwriting, composing, producing and also works as a rap singer. He can play many different instruments, including the guitar, the drums and the piano. Dean is also a talented beatboxer.

Back in 2004 he began his dynamic career as a model in China. Through the years he explored and gained a lot of different kinds of experiences. He appeared on TV, in commercials and in many fashion and lifestyle magazines in Hong Kong.

In 2006 he made his acting debut. His first single was released in 2013 and has continued to develop acclaim and success with his first Japan tour in 2018 for the album History In The Making, which brought fans from across the country to his live performances. 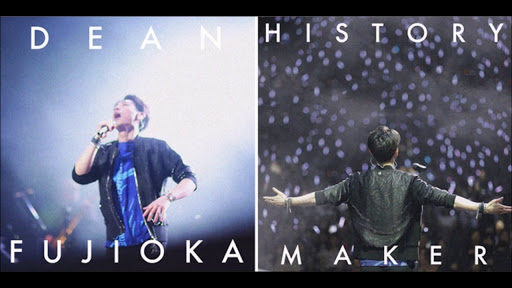 This EP could easily be my favorite of the entire musical work of Dean Fujioka. It is a mature blend of all of the sides of his passions and talents. The melodic piano and his sullen voice open on ‘Echo’ and explode into a world of interconnected beats and sonic decadence that we can get lost in. It continues to build and his voice carries the entirety of the track and holds back nothing.

The interludes between the rise and fall of the intensity is balanced perfectly. On ‘Hope’ his voice enters the pop realm and is super danceable. Although the beats and calm, they are accompanied with background strings and other interesting elements. The whole feeling borders more towards an R&B feeling, which is super new and fun to hear in combination with his electro side. We also get a rad sequence of his rapping that only strengthens the track’s flow.

This album was one of two full albums that he released and this album includes the track ‘History Maker,’ which was the theme song for the show Yuri!!! On Ice, which is an anime show about figure ice skating that aired over the course of 12 episodes in 2016.

The song is uplifting, bold, and inspiring. He sings in English and the combination of strings and beautiful orchestration create a really bold and cinematic feeling, making this a really amazing theme song! The rest of the album is equally impressive and really showcases his range as an artist. Songs like ‘Echo’ surprise us with more solemn and quiet moments that erupt with bold vocals and beats.

Although this album is mostly sung in English, which is a new move for him, he does include some Japanese as well. ‘Maybe Tomorrow’ is a perfect example of how he seamlessly switches between English and Japanese in a beautiful and effortless manner. His voice is soulful, pop-like, and provides a fun upbeat pulse throughout.

This EP is decadent and soulful. Dean has really stepped out of his comfort zone of traditional electropop and brings us a new approach to the genre. The tones and incorporated R&B sound and tempo create an overall languid easy that fluidly fall into a more extended ease of chill-pop, which his voice is really well suited for.

The title track ‘Shelly’ is seductive and graceful, with an amazing intentional layering of beats that do not shy away from hitting the emotional and vulnerable. To the same end, as he boldly sings ‘Shelly…oh Shelly’ we hear his strength and bold flavor in this love ballad.

The other 4 tracks are equally impressive with ‘Searching For The Ghost’ blowing me away with it’s sophisticated video game-like sound pulses and the way he articulated his voice into a whispered tonality creating a new edge we have not heard from him before.

Whereas on ‘Chasing A Butterfly’ which features Nao Matasushita is a sentimental and romantic duet. The entire EP is a dynamic and juxtaposing scope of the many different modes Dean can perform through.

Dean Fuijoka is a multimedia artist and performer that is as talented as he is passionate. His music is pivotal and I dare say places him as a pioneer in his genre-bending practice between pop, electronic, and R&B.