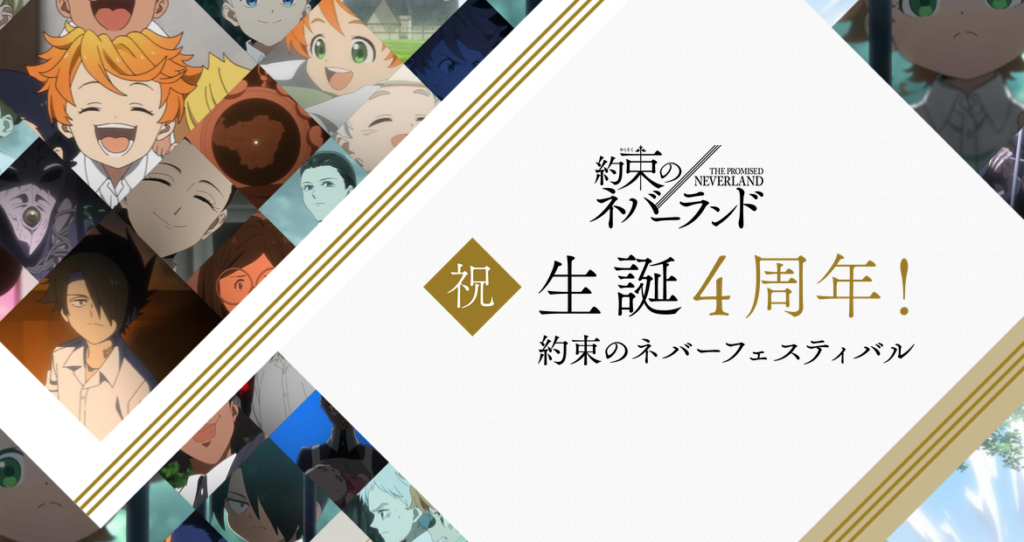 Although the manga ended back in June, there is still so much to come from Kaiu Shirai and Posuka Demizu’s The Promised Neverland. Alongside the upcoming second season of the anime, set to air in January following a delay due to COVID-19, there’s also the manga’s latest exhibition, which acts as a celebration of the manga’s finale. Announced on Tuesday, the Promised Neverland anime is also putting together a slew of celebrations for the series’ 4th anniversary, including a popularity contest and a nationwide test.

Much like other popularity contests, the contest running for The Promised Neverland’s 4th anniversary asks users to pick their favorite characters. But there is also a section for choosing your favorite scene – only from the events of season one, mind, so manga readers will have to refresh their memories just a bit.

The “test” running for The Promised Neverland’s 4th anniversary is also no doubt purposefully modelled after the tests that appeared in the series, testing fans on their knowledge of the anime’s first season and even announcing the “highest achievers” at a later date. So, not only can you feel like a child at Grace Field House, but compete against your fellow fans to find out who truly knows their stuff.

A radio programme has also been announced, with fans being asked to submit their photos and illustrations to be used as title cards via the official website. Other planned projects include a special celebration for Emma’s birthday (August 22) and a special live programme, so keep your eyes peeled.

Taking a look at what is being planned for The Promised Neverland’s 4th anniversary, I can’t help but feel like it may be too little, too late. The manga has already ended, with most of the content featured on the website feeling quite outdated considering the future development of the story. Nevertheless, I’m sure that anime-only fans will have a field day, and hype is no doubt steadily building for the second season’s premiere in January.