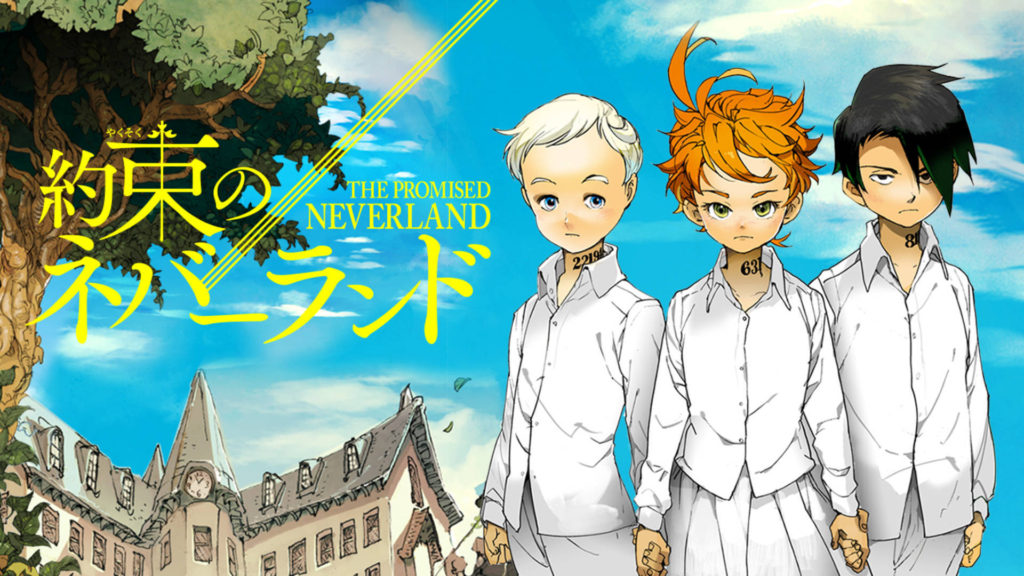 Although it’s hardly been a tightly kept secret, with this month being full of signs and rumors, it was finally announced over the weekend that critically acclaimed Weekly Shonen Jump series The Promised Neverland will be getting an anime adaptation. The official series Twitter account first broke the news with an official PV that features edited panels from the manga. Voices for Emma, Ray, and Norman are featured in the PV, and although we haven’t had official confirmation as to who the cast will be, they already sound like they’ve sunk well into the role. Let’s check that out below:

The official website for the series, registered last month and noticed quickly by fans, also came to life to promote the premiere of the anime. It features character designs for the three main characters, and I’m very happy that the adaptation seems to have maintained Posuka Demizu’s neo-gothic aesthetic instead of simplifying it for the sake of easier animation. Also revealed was the January 2019 premiere date, which does seem a bit far away for a PV, but the recent leaks and rumors may have forced the project’s hand somewhat.

Beyond this information, however, there hasn’t been much more revealed. No staff has yet to be attached to the project, although there are several leaked staff lists floating around social media. In particular, the new A-1 Pictures breakaway Koenji studio CloverWorks was touted to be heading up the project, but again there has been no official confirmation, so this information should be taken with a grain of salt.

What we do know is that the adaptation will premier on Fuji TV’s ‘Noitamina’ programming block, which has always been traditionally home to more left-field and obscure adaptations. Although Neverland is hardly a small series, owing to its serialization in Weekly Shonen Jump as well as winning several awards earlier this year, I’m sure that it will fit right into the block due to its unmistakable style.

Even with such little information, it’s hard to not get excited about this upcoming adaptation. The series has been making waves ever since its serialization in August 2016 and has been consistently excellent. It follows Emma and her friends, as they discover the horrible truth about the orphanage they grow up in and must escape. VIZ Media is currently translating the manga into English, with further information available via their official website.