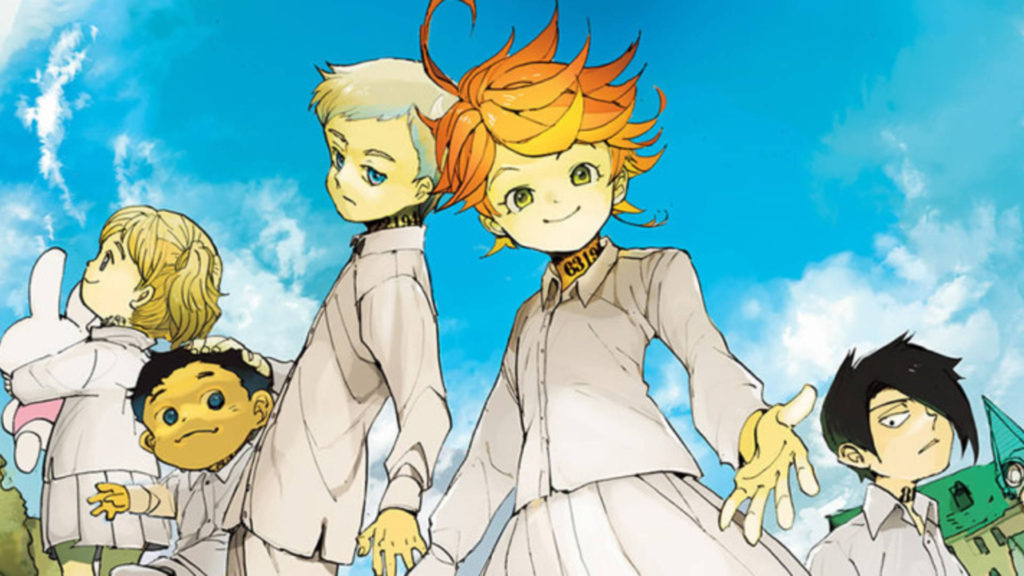 Kaiu Shirai and Posuka Demizu’s hit manga The Promised Neverland has been making waves ever since it started serialization in Weekly Shonen Jump in August 2016, and recent rumors have suggested that it may be getting an anime adaptation. Twitter user pkjd818 first broke the news in the tweet below:

This is interesting. The domain name "https://t.co/N5ohC9irt7" was registered on April 20th. The launch of The Promised Neverland's official Twitter also just happened this week 🤔 https://t.co/I6xcGoleOj#約ネバ質問箱 pic.twitter.com/o2t7wlgMYj

As highlighted, the domain “neverland-anime.com” was registered on April 20 by ‘Onamae,’ a widely-used Japanese domain registration company. If you visit the website, you won’t find anything just yet, but the WHOIS service that Onamae has put into place prevents anyone else from claiming the domain, clearly showing that it is intended for use later. Whether or not Shueisha themselves filed this registration is another question entirely, but considering that the series’ staff recently created a Twitter at @yakuneba_staff, it seems like the company is moving towards consolidating the series’ online presence for use in the future.

So with that being said, it wouldn’t be particularly far-fetched to imagine The Promised Neverland getting an anime fairly soon. It’s been running for almost two years now, clocking in at around eighty chapters at the time of writing. Another new Jump series, My Hero Academia, received its first anime series at a similar chapter count back in 2016. Furthermore, the series has proven extremely popular, ranking consistently high in the weekly Jump chapter rankings, often at times higher than more established series such as One Piece and Gintama. Critics have also praised the series, with it recently winning the prestigious Shogakukan Manga Award in the shonen category.

There’s no concrete information in terms of what studio will be helming the anime project, but there have been whispers of the newly formed Cloverworks – originally an A-1 Pictures branch in Koenji, Tokyo – heading up the project. Personally, I’d love to see Studio Lerche in charge of the project, since they already have experience doing another more unique Jump series in their excellent two seasons of Assassination Classroom. But I’d hate to presume, so be sure to watch this space.

In the meantime, you can read The Promised Neverland in English through VIZ’s English language version of Weekly Shonen Jump. The mystery/thriller series follows Emma and her friends as they discover the truth about the orphanage they grew up in, as well as why they aren’t allowed outside of it.

The Promised Neverland
Join Our Discussions on Discord
Join Now