The Promised Neverland Chapter 181.3: Catching Up With Isabella – Jump Time 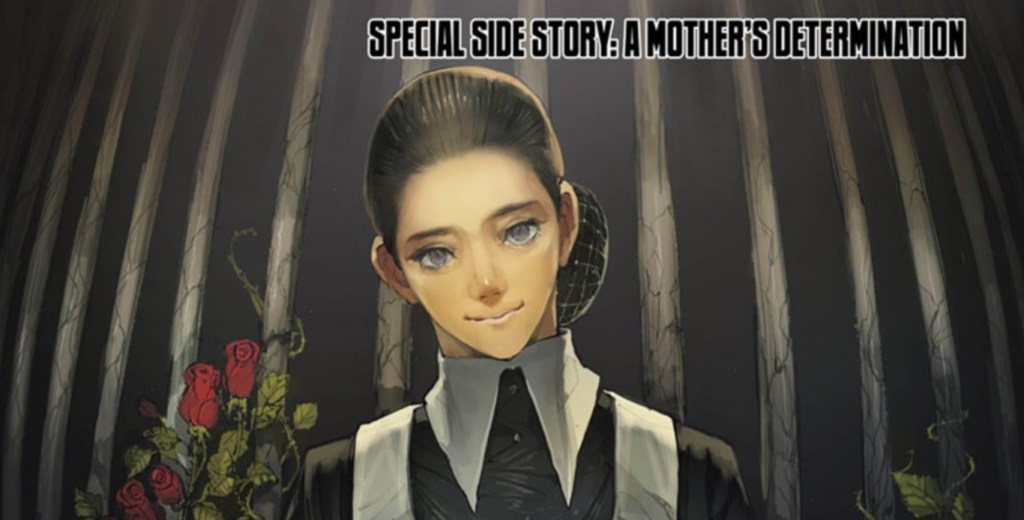 The beginning of a new week can only mean one thing: time for new Weekly Shonen Jump! This is where Jacob investigates the latest and greatest in the magazine, telling you what’s worth your time and what’s not. You can find coverage of other series under the tag Jump Time. Here’s The Promised Neverland chapter 181.3.

So far, we’ve had two The Promised Neverland side stories: one on Ray and the other on Sister Krone. Both of them were pretty good, although neither shaped up to be quite as important in retrospect as The Promised Neverland chapter 181.3: mainly concerning Isabella, it fills in several blanks in the story and accounts more thoroughly for her actions later on.

Taking place sometime after the Jailbreak arc and in the aftermath of Emma’s escape with the other Grace Field kids, The Promised Neverland chapter 181.3 follows some of the Sisters working under Isabella as the newly minted Grandmother. Even so, they just can’t wrap their heads around why she was forgiven for such a fatal mistake, and make plans to bring her down, hopefully elevating their own positions as a result.

Of course, it doesn’t work out quite that way. Displaying all the cunning and confidence that made her such a fearsome opponent back in the series’ initial arcs, she cottons on quickly to the Sisters’ plans and cuts them a deal: instead of just bringing her down, help her bring down the whole system. They eventually agree, explaining why everyone was willing to betray the demons during the Return to Grace Field arc.

The Promised Neverland chapter 181.3 also explains why Isabella was able to get away with her seemingly career-ending blunder of letting some ‘merchandise’ escape: as it turns out, the quality of the meat she produces is just too damn high. Furthermore, in order to prove her allegiance, she manages to improve the aptitude test scores of the kids by 10% by reworking the curriculum. Of course, the resentment towards the system is still there, but this explains why she wasn’t immediately disposed of by the demons.

The Promised Neverland chapter 181.3’s appeal doesn’t just come from filling in the series’ blanks, but taking us back to what made the series great. It’s no secret that I wasn’t a fan of the manga’s ending, nor the direction it took post-escape, so to be reunited with the characters of that arc and that setting is what has made these side stories so entertaining to me on a personal level.

It’s almost a shame that this is the last one.

You can read The Promised Neverland chapter 181.3 for free via VIZ Media.