You’ve probably seen wireless earphone anime collaborations before, featuring Evangelion (who else?), or even famed directors Koji Morimoto and Mamoru Oshii. But why settle for just the earbuds, which can barely squeeze in even an anime logo, when you can get a The Promised Neverland Sony Walkman? 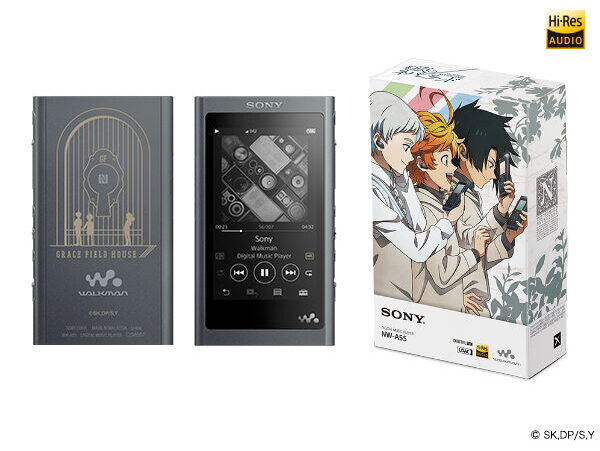 On Thursday, Sony started taking orders for the new collaboration, which includes a Walkman digital music player, and wireless stereo headsets (sold separately). As a bonus, you’ll also get a postcard-sized illustrated calendar which seems to suggest that the one thing missing from the orphans’ lives was really good portable music. If you place your order before 10 a.m. on 24 March, Sony will take 1,000 yen off the listed price. 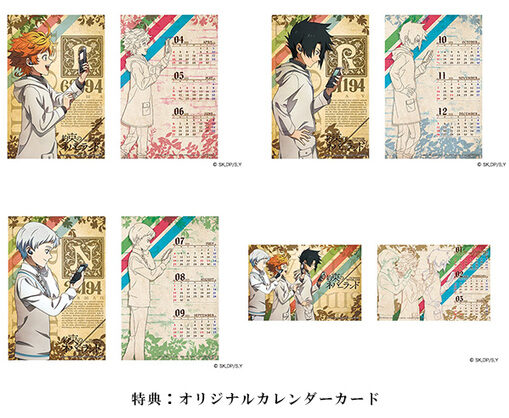 The Walkman is a NW-A55/ PN (I think the PN is short for Promised Neverland). This 16GB MP3 player seems to get good reviews overall, with a 4.5 score at Amazon. On the back of the player is a Grace Field House gate and keyhole logo with silhouettes of the three main characters. It will cost you 23000 yen (around US $211.98).

The headset is a WF-H800/ PN. It also has good reviews online. The headphones case features an image of the eye-shaped pendant amulet that Mujika gave to Emma. It also features The Promised Neverland logo. The headset costs 19,000 yen. 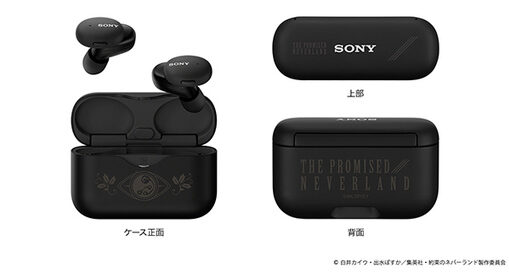 Sony has done anime/ otaku-themed Walkman collaborations before, including for Magia Record and Uchitama last year. The collaboration makes sense, since they own Aniplex and Crunchyroll. Maybe we’ll see more of these in the future.

Speaking of Aniplex, you can buy these collaboration items either directly from Sony or from the Aniplex store. They have separate pages for the Walkman, and for the earbuds.