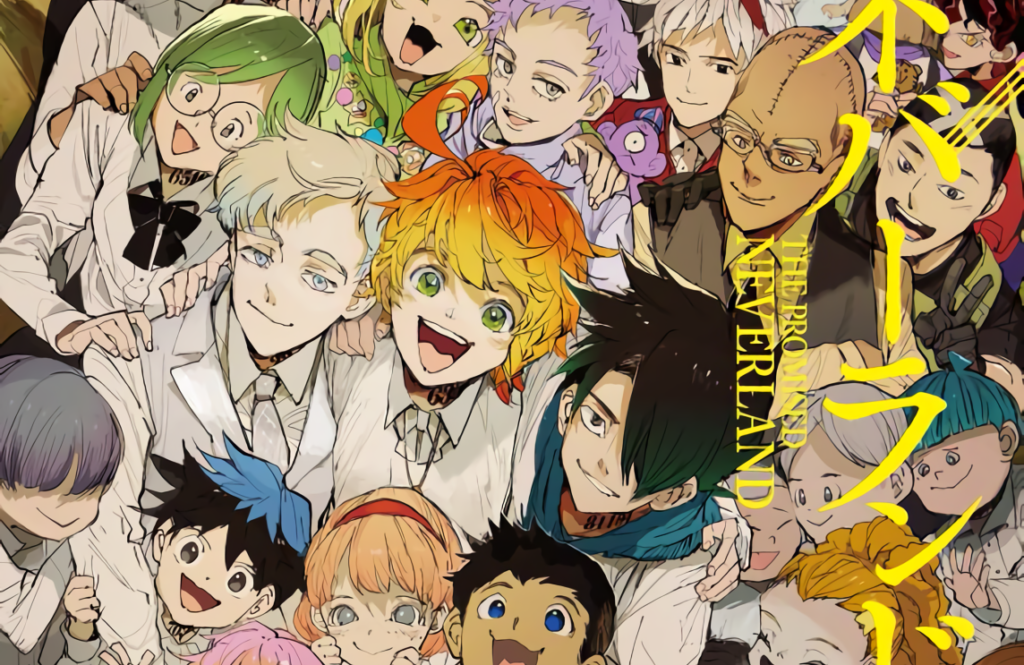 The Promised Neverland’s final volume releases on October 2, bringing Kaiu Shirai and Posuka Demizu’s fantasy series to a very real, definitive close. Naturally, this is quite a big deal, and Shueisha is making sure that we don’t forget about it: putting up a giant ad in the heart of Shibuya, as well as launching a special retrospective website.

The ad for The Promised Neverland’s final volume can be found right now next to the Hachiko square in Shibuya, more or less the beating heart of the bustling ward. It reads “Humans aren’t weak!” and features Emma staring out definitely at the passers-by: 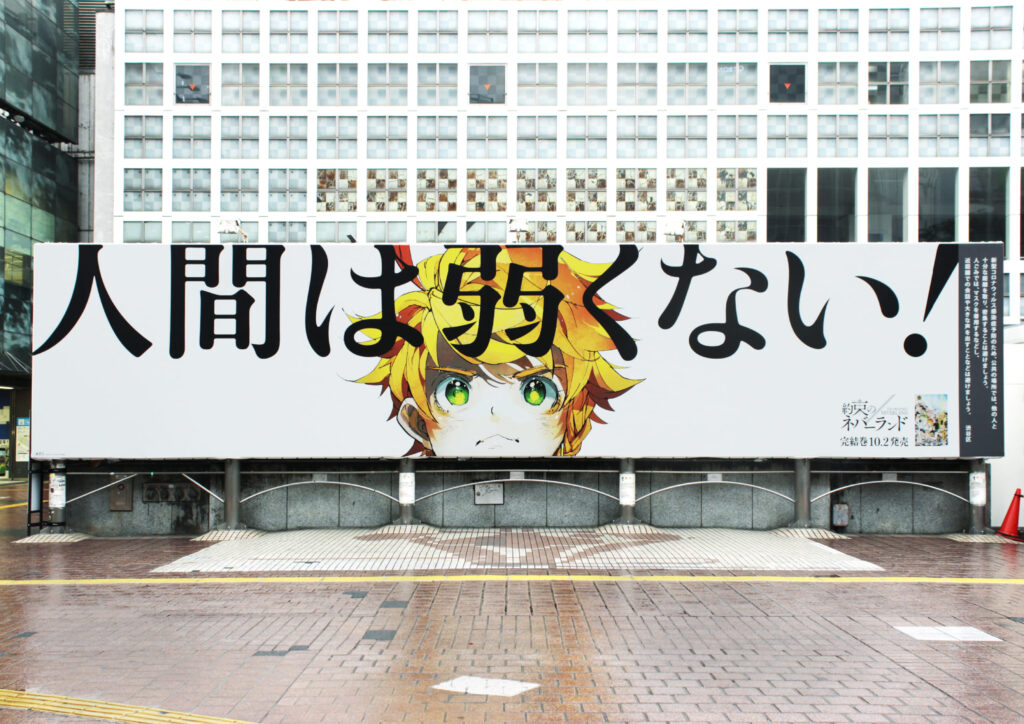 Apparently, this ad is not only meant to capture the defiant nature of the story, but also inspire us in these tough times. A message was shared via various outlets explaining the “circumstances” behind the display:

“The whole world is facing up to difficulties right now, but we hope that the present work can instill at least a little bit of a positive attitude in some people. Hence why for the final Promised Neverland volume’s message, we have chosen Emma’s symbolic line: ‘Humans aren’t weak!’”

Speaking of that retrospective website, it isn’t open right now. But it does launch at midnight tonight JST, and several screenshots were shared via J-Mag News: you can see here how it invites readers to relive the past events of The Promised Neverland manga ahead of the final volume:

That may be sorely needed, especially considering that the series has been running for several years. Fans will also no doubt relish the opportunity: The Promised Neverland has a very large, passionate following, as evidenced by its recent 25 million sales milestone.

One can therefore expect The Promised Neverland’s final volume, when it releases on October 2, to be a big success. It’ll also be a little bittersweet for fans of the series: although we do have season 2 of the anime and some bonus chapters on the horizon, this will mean well and truly the end for the original series. What a strange thought.