The Promised Neverland: A Brief Recap Before Season 2 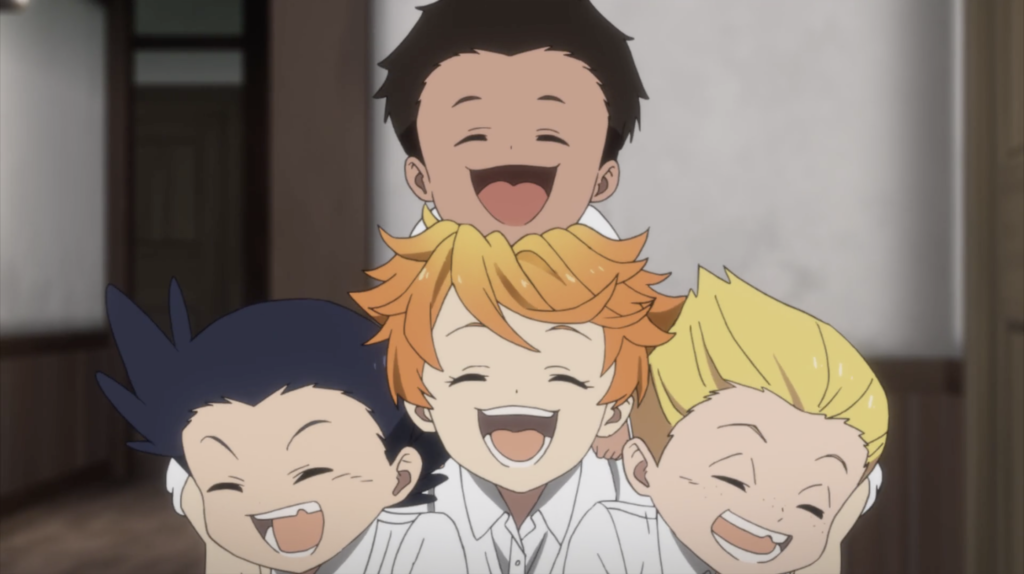 When Season 1 of The Promised Neverland aired in January 2019, it quickly became a fan favorite. Following a group of children rebelling against the cruel fate they had been born for, the series sucked audiences in with its loveable characters, frightening concept, and twists and turns that kept us all on the edge of our seats. Viewers have long awaited Season 2, and finally we can expect to watch it along with the rest of the Winter 2021 anime season. But with that two-year gap between releases, we can’t blame you if you’ve forgotten some of what’s already happened. To save you some time, we’ve put together a handy recap of The Promised Neverland. Here is all you need to know to jump into the next season and our thoughts on what could be next in store for the former residents of Grace Field House.

Let’s Recap from the Beginning of The Promised Neverland

A group of children live an idyllic life in an orphanage overseen by a kind woman whom they call ‘Mother’. But when two of them (Norman and Emma) discover the truth of their existence, that they’re livestock to feed demons, they decide to escape. Bringing their friend Ray into the fold, It doesn’t take long for them to realize the magnitude of what they’re up against: constant surveillance, limited resources, and a system that is determined to churn through them. Despite the odds, through ingenuity, perseverance, and a smidge of luck, the children actually manage to escape. However, it wasn’t all smooth sailing. Norman, one of the most resourceful of the children, met his fate far too early and to thwart the escape, Mother broke Emma’s leg. 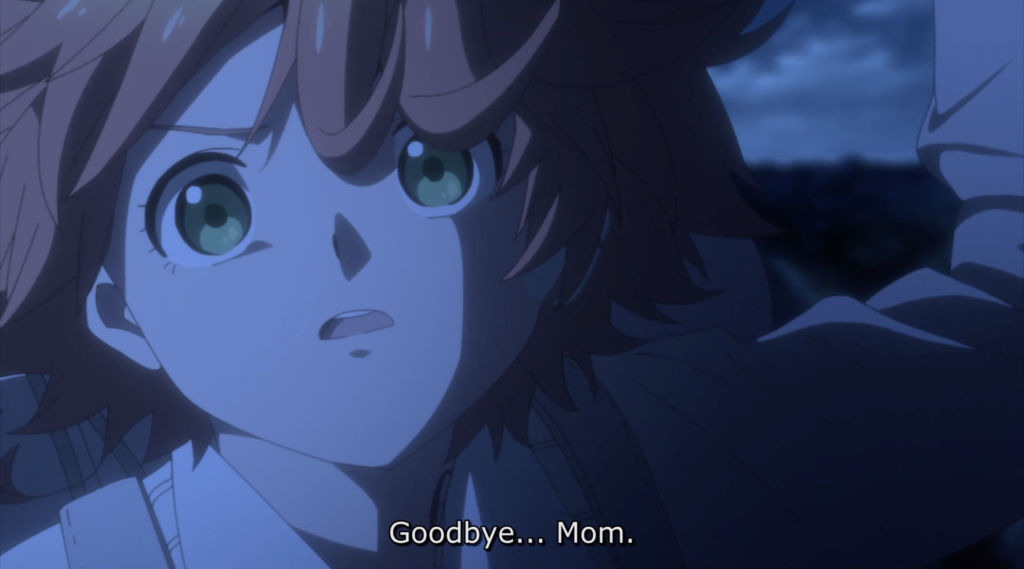 Without Norman and with Emma on the mend, there’s no doubt the group will be far more limited in their capabilities. But now, more than ever, is when they need to be on top of their game. Inside the orphanage-farm the children had the luxury of scoping out their ‘prison’ and preparing for their escape. But out in the big wide world they have no prior knowledge to rely on. How many demons are there? Will they hunt them down? Where is safety? This upcoming season will truly test how savvy and quick thinking the children are.

Phil and Those Who Were Left Behind

However, their grand escape wasn’t without some sacrifice. The biggest point of contention between Emma and Ray in Season 1 was how they could bring the younger children along. Emma desperately wished to escape with all her family, refusing to leave anyone behind. But Ray argued that the younger children would be detrimental to their plan. The youngsters would be unable to keep quiet and would slow down the group. Emma and Ray butted heads time and time again, desperate for some solution, and finally they came to one: they escaped without them. But make no mistake, they were not abandoned.

Instead, Emma and Ray place their hopes in Phil as the leader of the remaining children. He would stay behind, keeping an eye on Mother and the other children, and wait for their return in two years’ time. It’s hard not to think of what the children will endure while they wait, especially since Mother knows Phil was in on the escape plan. Speaking of Mother, I am sure there is some punishment in store for her after having so many children escape while under her care. Theories aside, I don’t think we’ll learn the full extent of what will happen to those remaining in Grace Field in the next season, but it’s important not to forget them!

Is Anyone Else Out There?

Besides anyone under the age of twelve, the only other humans we’ve seen in Season 1 are Mother and Sister Krone. And what we’ve learned about humanity from them hasn’t exactly been sunshine and rainbows. Humans exist to be eaten, and are brought up to be ‘quality’ grade meat, specifically quality brains. The only real escape from this path is for female children. If one is deemed by a Mother as having potential, they are taken away to be trained to become Mothers themselves. We can safely assume the human race has been entirely subjugated by these demons. We don’t know how or when this happened, but we know there’s essentially no hope for humans… or is there?

Season 1 had hints of a resistance: William Minerva. Minerva is the mysterious figure that left clues in the books of the orphanage warning of the place’s true purpose. The children may only have a name to go by, but I’m sure that they’ll follow wherever it may lead. But there’s also another figure the children need to be mindful of, ‘Him’ also referred to as ‘Boss’. An unseen menacing figure who seems to be at the head of the demon hierarchy, he definitely spells trouble. I can’t imagine he’d be too pleased about having his prized feeds run away.

Ready for The Promised Neverland Season 2

Wow, that was a lot to catch up on! But now that we’ve sparked your memory, you’re all set to jump right back into the world of demons. If the events we covered in this recap of The Promised Neverland season one are anything to go by, we’re sure Season 2 will be a wild ride from start to finish. The children face a lot of challenges, but if they rely on one another and play to their strengths, we’re sure they can overcome just about anything… we hope.