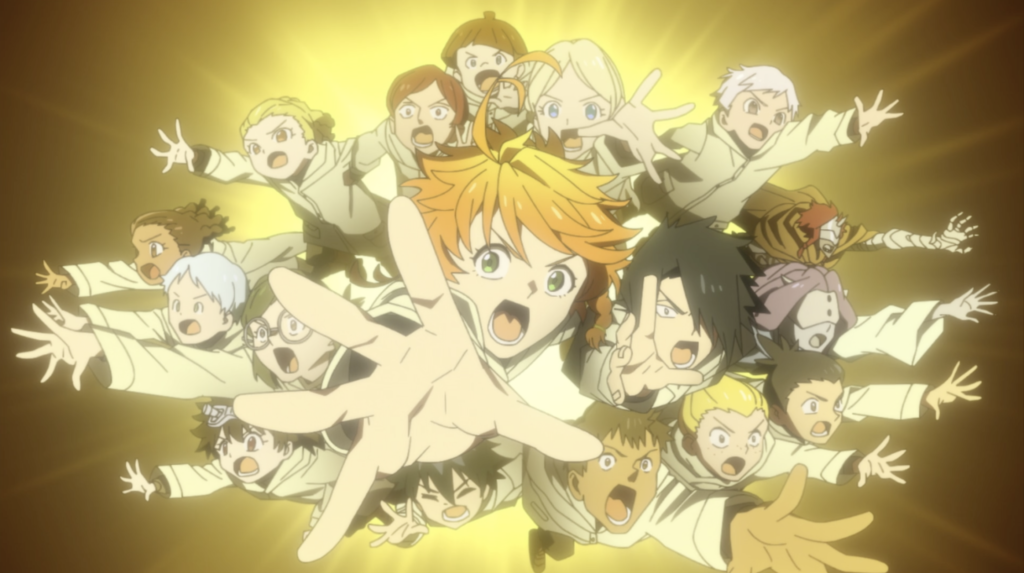 The Promised Neverland season 2 was among the many anime series whose production was affected by COVID-19. Originally meant to air with the 2020 Fall season, season two was pushed back to now, airing almost exactly two years after the first episode aired back during Winter 2019 season. But despite the delays, The Promised Neverland season two episode one kicks off with an electrifying premiere episode. Jumping right back into the story, the series opens with the children being chased by a horrible spider monster and Emma trying to reassure the youngsters with ‘think of it as a game of tag’. I never thought I’d say this, but the spider monster is the least of their worries, with demon pursuers also hot on their trail to drag them back to the farm. The children have to use every trick in the book to get out of this mess alive!

Time-wise, the first episode is set shortly after the children’s escape from Grace Field House. We follow along as the children explore the big, wide world that they had never known, and while the pacing is slow, it’s a treat to slowly uncover the mysteries of the forest with the characters. A few points of interest come up such as the forest-sea anemones and the flying luminous aquatic-like creatures. While they’re a visual delight, they also do bring up a lot of questions on when and where the series is actually based. As that question looms over the heads of the audience, the children are focused on actually getting out of the woods alive. Thankfully, they have a handy ‘survival guide’ to the world in the shape of an adventure storybook, courtesy of William Minerva. As we thought in the recap, Minerva is set to play a big part of this season, and I’m sure more interesting facets of the world will be uncovered as they follow the breadcrumbs to him. 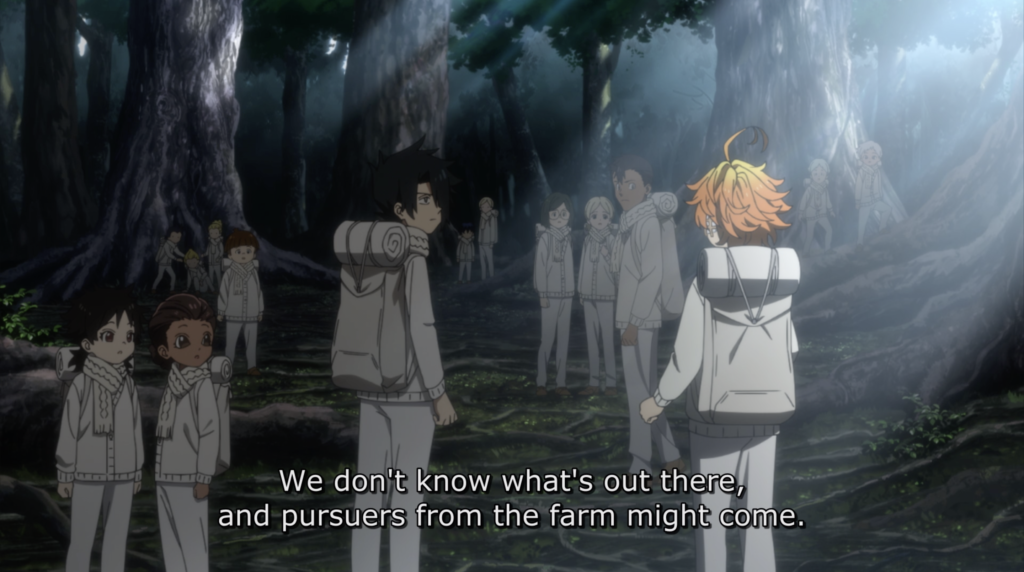 Hand in hand with the pace slowing down, the series’ tone has shifted between the two seasons. In season one, a lot of the enjoyment derived from the show was seeing plans plotted and schemes thwarted by the characters as they each played their mental version of 4d chess. But now, there’s no time or space to play the ‘long game’ per se; everything is reactive. That isn’t to say we won’t see some interesting strategizing, such as Gilda and Don’s escape signals, but the show is no longer a thriller but more an action-based survival tale. And unfortunately, we’ll be missing those oh so gratifying ‘gotcha’ moments that The Promised Neverland did so well.

Just as with season one, lighting continues to contribute hugely to the construction of scenes. As the group make their way through the forest at night, huddled together in a circle of light, they appear so vulnerable as the gloomy forest threatens to box them in from both sides. Long shadows fall across their terrified faces, and when they have to douse the flames, they fade into the unknown landscape. The tension is palpable.

Later, with our first encounter with the purple hair demon, she enters as a literal ‘guiding light’ for the children. Surrounded by (what looks like) fireflies, she seems straight out of a fairy tale. The green lights of the underground only add to this mystical otherworldliness of this world and of the new characters, and also the unease of the protagonists.  As you progress through the episode, the lighting takes you on the same emotional ride the characters are on. 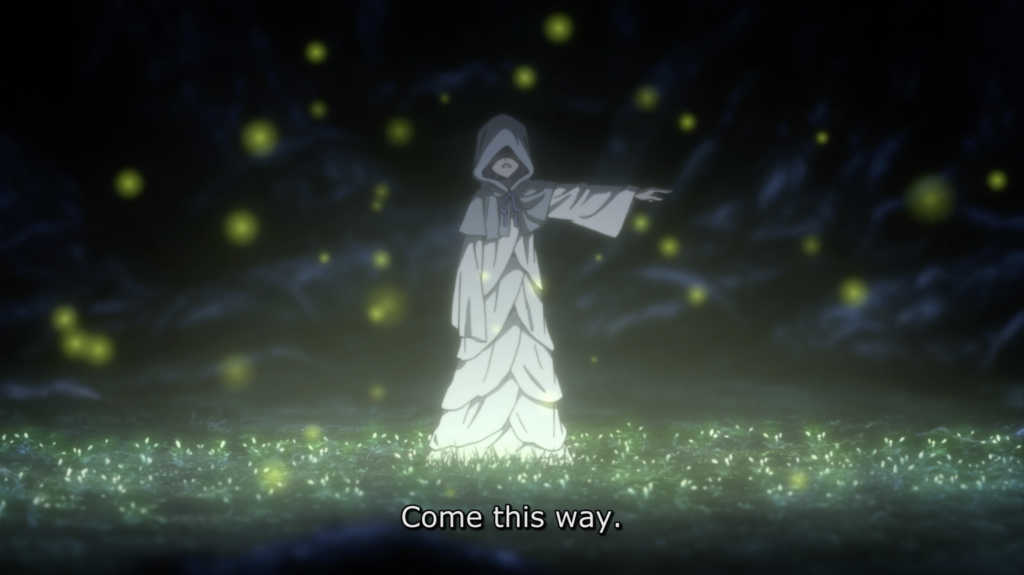 The Promised Neverland season two has truly welcomed audiences back into its dynamic and frightening world. While the pacing and tonal change in the series may require some adjusting to, the episode has set up for an exhilarating season. There’s so many new characters, challenges and mysteries to uncover! I can’t wait to see what unfolds as the children finally learn the truth of the world around them. Let’s just hope that they can handle whatever truth is out there.

You can watch The Promised Neverland season 2 as it airs via Funimation.