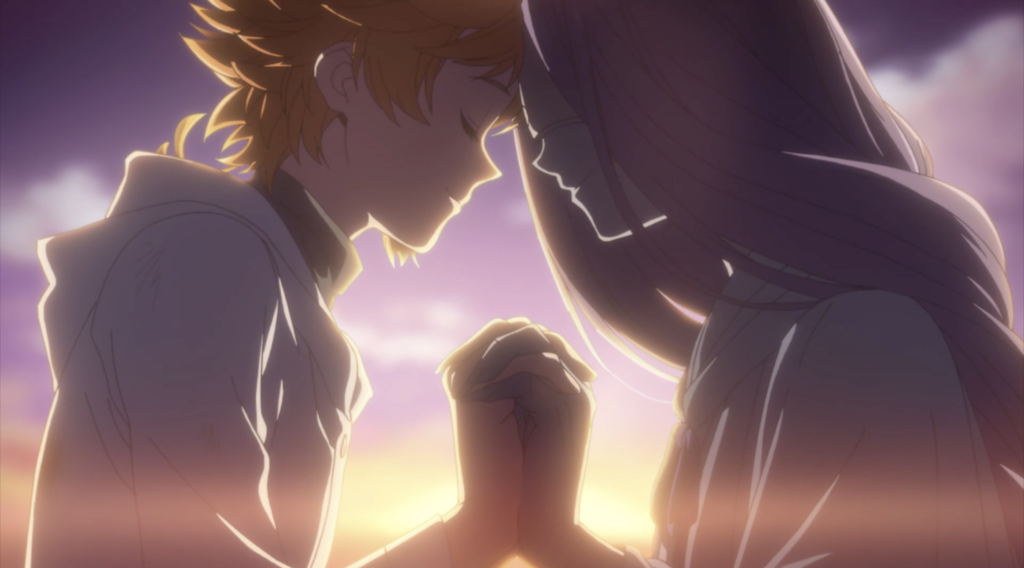 The Promised Neverland season 2 was one of the most talked-about anime of Winter 2021… But for all the wrong reasons. Going off script, the series skipped momentous arcs and loved characters in its whirlwind production that left manga fans frustrated and anime-only watchers confused. Once those final episode credits rolled, it was almost a relief that we no longer had to tune in to see a loved series being butchered weekly. Comparing this to 2019’s season one, they can only be described as worlds apart. In our The Promised Neverland Season 2 review, we’ll see how such a highly regarded series went completely wrong.

I went into The Promised Neverland season 2 as an anime-only viewer. My expectations, while high, were (I felt) grounded. I knew the season would take on a different tone and tension, as the story shifted from a cat-and-mouse game to an ‘us vs. the world’ tale. And in fact, the series did start off well. 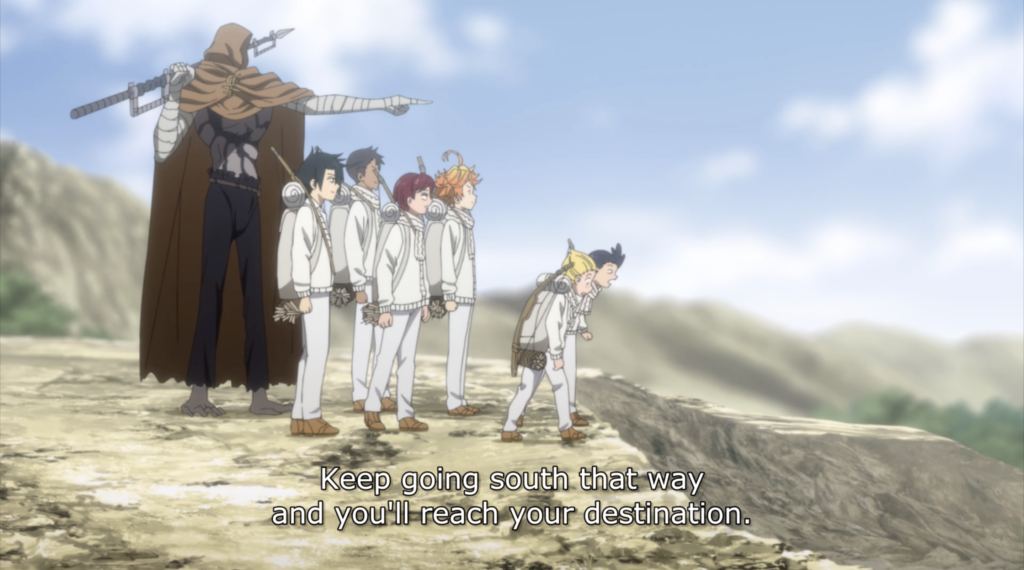 As the children adapted to the outside world, it was invigorating to see them interact with the strange environment and also learn about demon society and their beliefs. Mujika and Sonju were interesting additions to an already large cast of characters. They managed to hold their own and become really quite intriguing figures. The animation quality was maintained across episodes, and there are some really visually striking moments throughout the season.

From episode five, the control that I had so applauded season one for having over its storytelling seemed to spiral downward. Characters, who I had grown to love. fell flat and almost frustratingly drab on screen. Ray, who seemed to go from one of the main characters to general support, dropped an insight or two before fading into the background once more. But worst of all were the plot points which were so hastily stitched together; it felt like a literal race to the bottom. After dragging my feet for so long, I knew it was time to check out the manga. And let me just say, that didn’t make tuning in each week any easier. 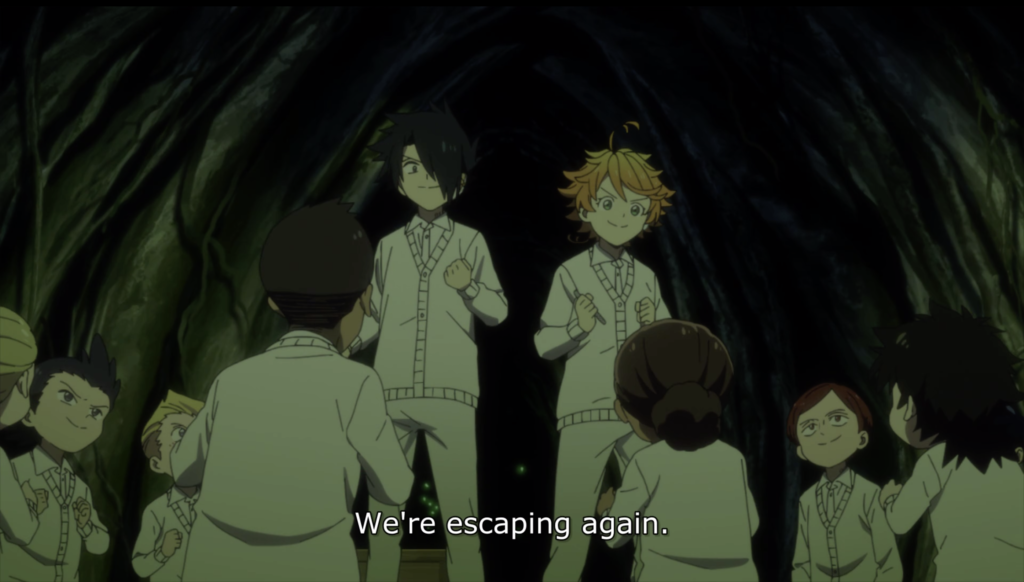 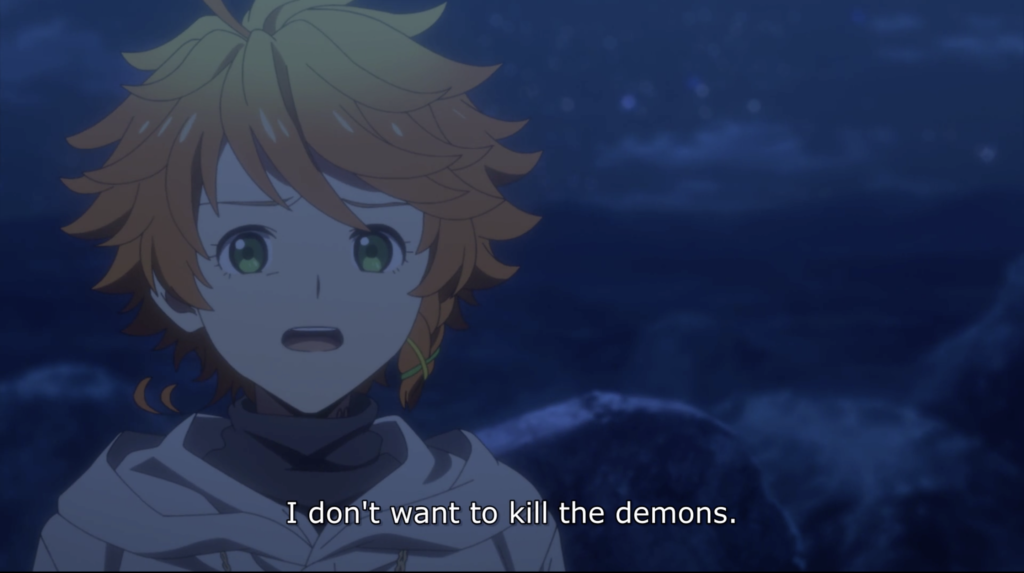 I’m not saying that anime adaptations inherently need to follow the manga like gospel. While anime-only arcs, characters, or one-off fillers tend to not work out too well, I can appreciate that it’s either a chance for creators to add something new to the series, or a necessity because of production constraints. But the issue with The Promised Neverland was that it removed so much, and it didn’t bring anything new to the table. Instead, we’re left with a hollow story… and specifically for manga readers, superficial echoes for what could have been.

Of course, The Promised Neverland manga has its own set of problems, but it’s hard to see characters who were such important figures be so reduced to obscurity. Key amongst them is Peter Ratri. Peter is the most important human in the demon world of The Promised Neverland, the literal gatekeeper between humans and demons and at the head of the farm system. And yet, as the weeks went by, he transformed from an intimidating foe to the quirky villain of the week. 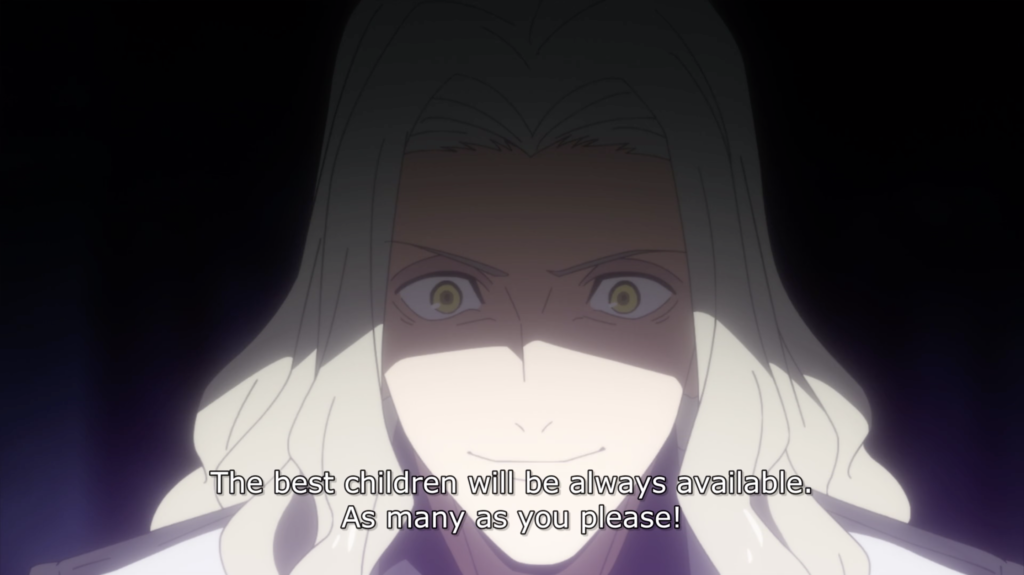 Peter never felt like a force of danger, and I guess that is really the crux of what is missing from this season. There is no sense of danger and no tension. As the story progressed, plot points were so quickly introduced and resolved, it was hard to ever really feel anything other than a ‘happily ever after’ would occur. However, despite this, the series still managed to deliver some decent emotional punches, such as Phil and Emma’s reunion and well, just any moment that Phil is on screen.

Of course, I can’t forget to mention the series’ quite literal photo finish. As the show came to a close with its anime original ending, we were then treated to a PowerPoint presentation of all the content we missed out on. For manga readers, it was a visual slap in the face, but for anime-only viewers it was perhaps the most confusing moment of the entire season. 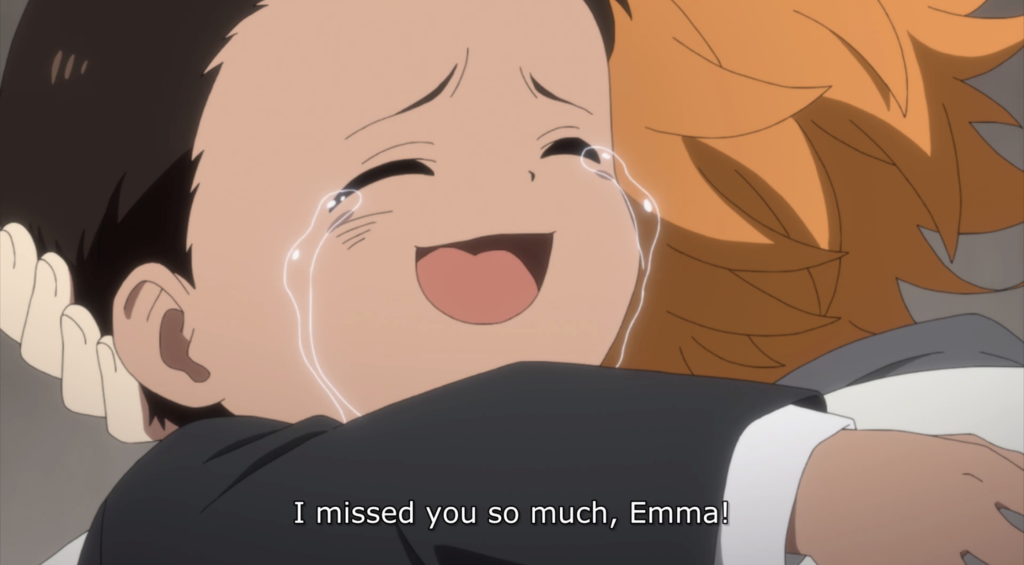 I don’t know what happened behind the scenes on The Promised Neverland season 2. It could be some combination of COVID-19-related delays; the author being involved; or someone just wanting to shut the whole production down… but whatever it was, they certainly managed to burn everyone in the process.

For anyone thinking of checking out the series, do yourself a favor and think it over… very, very carefully. But for those of us who already have, I suppose we can just cry over our manga and dream of the anime The Promised Neverland deserved. Can someone call the team that did the FMA: Brotherhood reboot?

If you want to experience the hot mess yourself, you can watch all episodes of The Promised Neverland season 2 on Funimation.