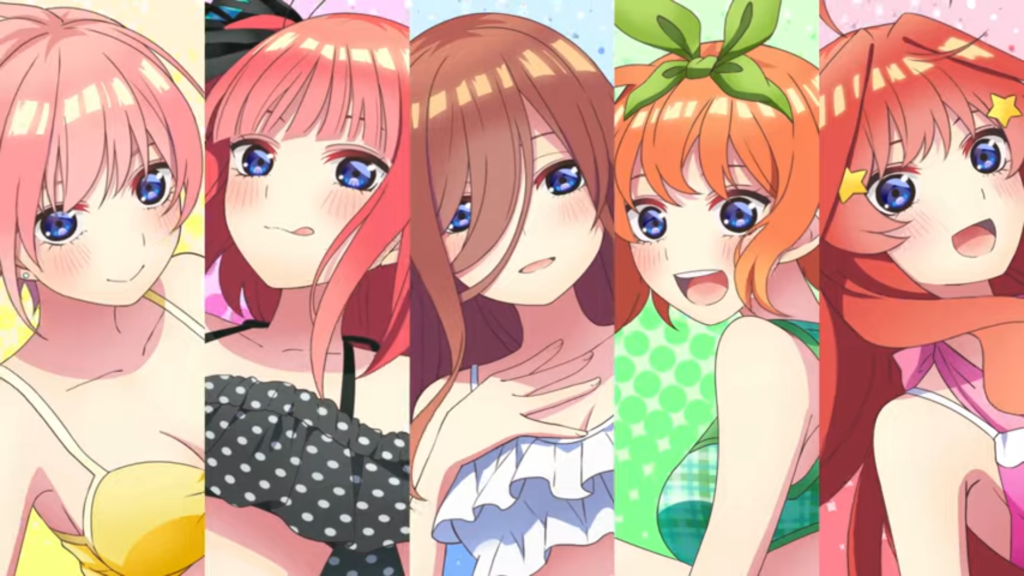 It can be easy to forget that The Quintessential Quintuplets manga originally ran in Weekly Shonen Magazine alongside modern fight-boy dynamos like Fire Force, making it a younger cousin to classics like the Go Nagai’s own Devilman of all things. Then you remember that equally delightful and pervy classics like Great Teacher Onizuka and Love Hina ran in those pages, and it all begins to make sense. Almost intentionally so, Quintuplets did come soft packaged with that light novel/visual novel sensibility despite not being so. Maybe that’s why the series’ upcoming Visual Novel titled Summer Memories Also Come In Five feels particularly fitting.

The Quintessential Quintuplets ∬: Summer Memories Also Come in Five hits the Nintendo Switch and Playstation 4 in Japan towards the end of March. There is no word if this one will get an English release, though with the popularity of the series and the increasing amount of niche material getting translated, I wouldn’t completely lose hope. At least, we can now check out the colorful and charismatic opening movie. Will the chance to get to wife your particular ‘Essential One-Tuplet’, as I like to call them, be the impetus to finally get you to study Japanese?????

The fact that this Quintessential Quintuplets visual novel comes to us via 5pb. does add a considerable amount of credibility to the project. After all, they’re the developers behind Steins;Gate, which for well over a decade has enjoyed one of the most enduring fan-bases for good reason: It’s one hell of a story. Even if the developers aren’t going to bring their A game to what’s essentially an anime tie-in again, the original manga was almost begging to be turned into something like Summer Memories Also Come in Five. It shouldn’t be too hard for some of the best in the business to make something pretty darn tasty with the particular raw ingredients they’ve been handed this time around.