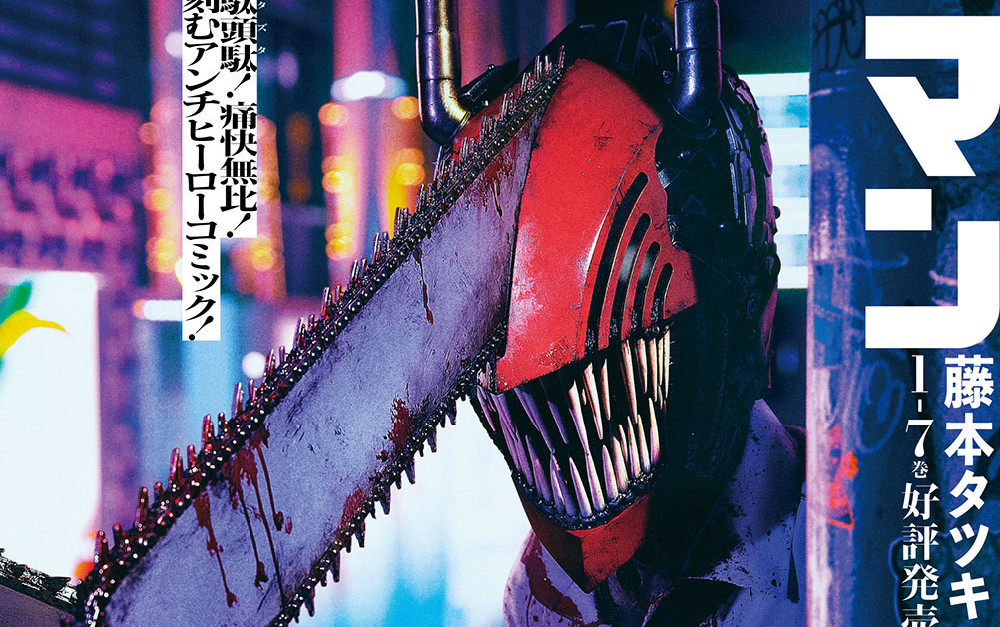 Like clockwork, when Shihei Rin announced on Twitter on June 4 that there would be a ‘special project announcement’ for Tatsuki Fujimoto’s Chainsaw Man, fans immediately jumped to the conclusion that it would be an anime. Unfortunately, that was not the case. But what was announced instead is arguably just as cool: a new promotion for the series’ seventh collected volume, titled ‘The REAL Chainsaw Man’ and featuring a real-life version of Fujimoto’s unique protagonist.

Put together and modeled by the special costuming and make-up production company Jiyuro, the mask and accessories featured in ‘The REAL Chainsaw Man’ really help to capture the grotesque nature of Tatsuki Fujimoto’s original character design. It also must have taken a fair amount of time and effort to make – the process of which you can see in the ‘making of’ images featured on the campaign’s official webpage.

The real meat of ‘The REAL Chainsaw Man’ comes, however, in how this costume has been used. Not only does the promotional video for the series’ seventh collected volume make use of footage of the real-life costume, but images of it have taken over various locations in and around Shibuya. Featured below, the posters can be found in the subculture hub until June 10. Check out the website for a full map.

While some fans may be a little disappointed that this Chainsaw Man ‘special project’ turned out to be nothing more than a glorified ad campaign, it is worth stopping and appreciating the level of craftsmanship that has gone into making the costume. Those who live in Tokyo will also no doubt have some fun over the next couple of days tracking all of the posters down. The making-of images featured as part of ‘The REAL Chainsaw Man’ may also provide some ideas for cosplay… Watch this space.

You can check out ‘The REAL Chainsaw Man’ campaign via the official Shonen Jump website.