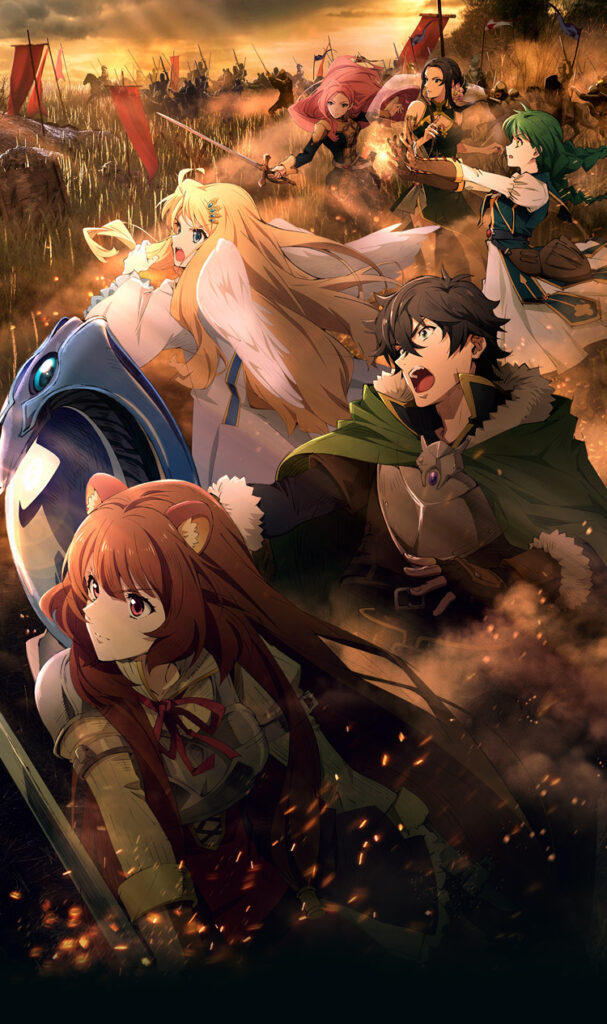 Grumpy isekai hero (or antihero?) Naofumi will be back for another anime season of The Rising of the Shield Hero in October.

It was actually decided back in 2019 that there would be a second, and even a third season of the fantasy world anime series. However, they did not announce when the series would return until Saturday. Kadokawa posted a trailer for the second season in September:

Crunchyroll, which streams The Rising of the Shield Hero pretty much everywhere except Asia and Japan, also posted an English-language version of the trailer:

When we last saw our heroes two years ago, Naofumi (Kaito Ishikawa) had just forced Glass to retreat. (They bombed Glass with liquor; insert your own pun here.) However, the victory turned out to be bittersweet: Glass was clearly a hero from another world, fighting to protect her own. (It says a lot about this series that heroes seem to spend a lot of time fighting each other.)

He also gained a new title: Lord Naofumi of Seyaette, so he could rebuild Raphtalia’s village. The ending left plenty of loose ends for the next couple of seasons to resolve: Naofumi still has plenty of enemies and rivals, even if some people are starting to trust him more.

In any case, this has been a good series, with an interesting, flawed hero who seems to always get the short end of the stick.

The anime is based on a series of light novels by Aneko Yusagi. As of 2019, there had been 22 volumes of the light novel published in Japan. Volume 19 will get an English-language release on 27 April.

You can catch up on The Rising of the Shield Hero anime at Crunchyroll here.