The Rugged Pirate Adventures of the One Piece Anime Series 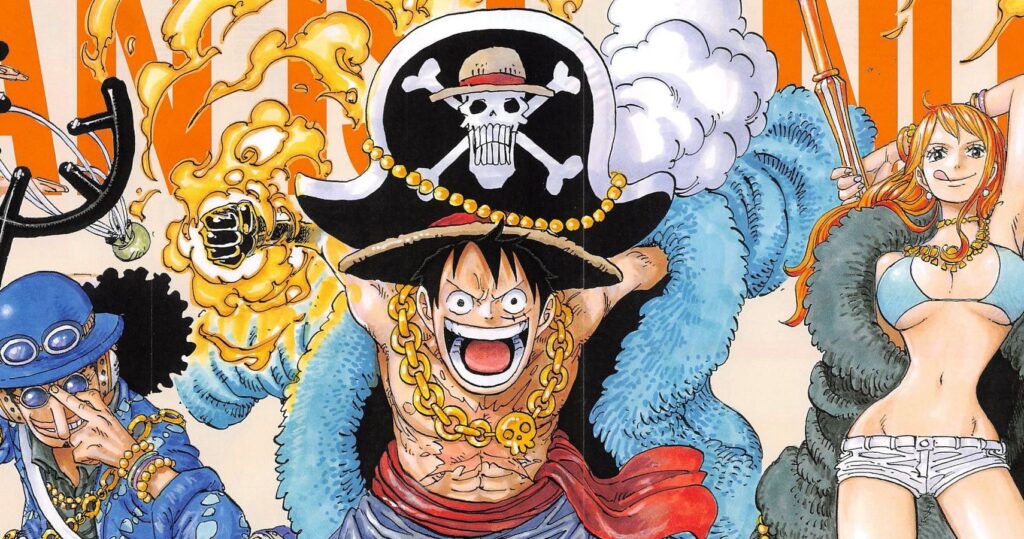 Originally debuting in the fall of 1999, this anime series consists of a whopping total of 929 episodes with a total of 20 seasons! The One Piece anime television series was adapted from the manga of the same name by Eiichiro Oda. One Piece has steadily remained in the top 5 anime shows for all of Japan’s viewers and even reached number one anime show for Japan in 2016 and 14th worldwide!

The show is centered around Monkey D. Luffy, who is a young man who has been inspired by his pirate idol ever since he was a little kid. He sets off on a journey from the East Blue Sea to find the titular treasure and proclaim himself the King of the Pirates. He makes a crew of his own from a swordsman to a chef aboard his very own boat entitled the Going Merry.

In their search for the one piece treasure they have to battle and engage with many different pirates, bounty hunters, criminal organizations, revolutionaries, secret agents and soldiers of the corrupt World Government, as they sail across the oceans in pursuit of their destinies. 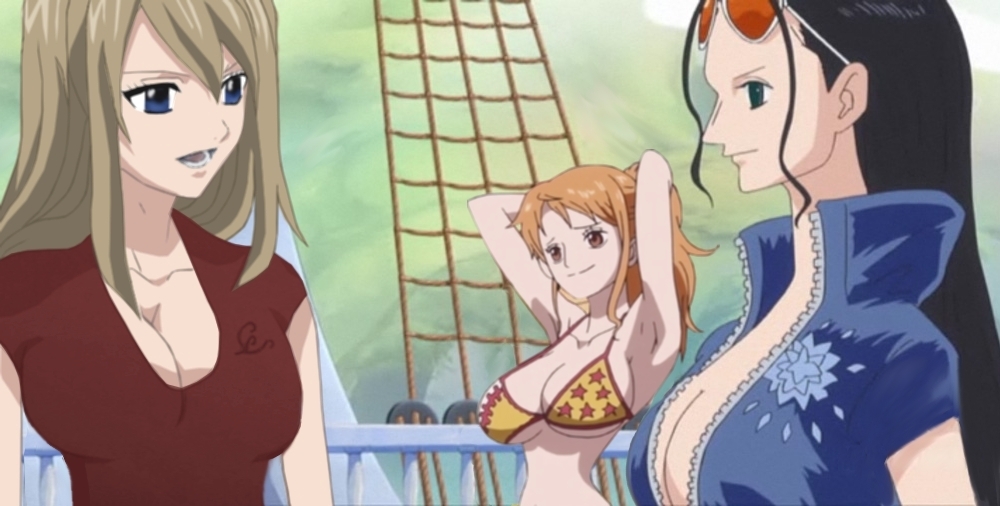 The Mysterious Terrain of the One Piece World

The vast and diverse world of One Piece is populated by humans and an eclectic array of many other species such as fish-men (very similar to mermen and mermaids), minks (humanoid animals), dwarves and giants.

There are two gigantic oceans which are divided by the only piece of land which is a mountain range called the Red Line. There are four seas that Monkey D. Luffy sails: The Grand Line, The North Blue, The East Blue and The South Blue. Surrounding The Grand Line there are two regions called calm belts, which experience almost no wind or ocean currents and are the breeding ground for huge sea creatures called sea kings. 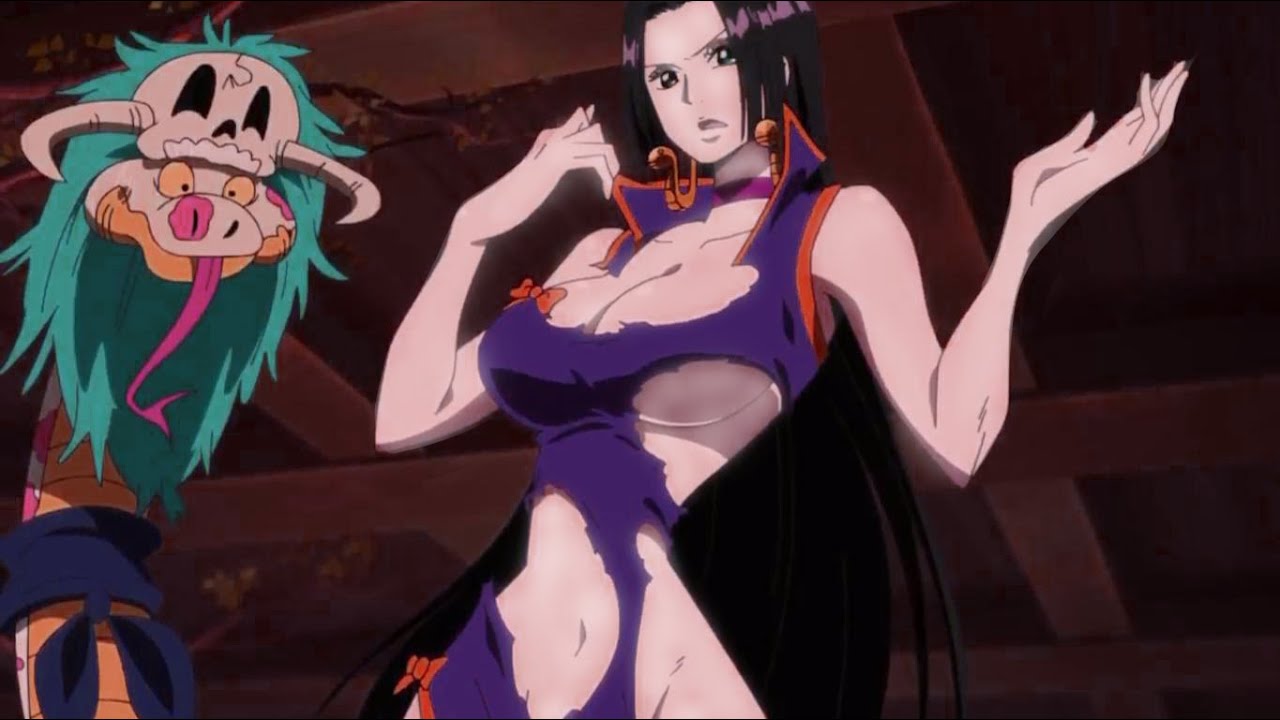 This can also make them the perfect way to sail through to the Grand Line if you can disguise yourself from the seakings. For all other ships the terrain is unprecedented and is composed of a canal at the top of a mountain. The currents and weather of the seas are extremely turbulent, chaotic and hard to predict, whereas in the vicinity of islands the climate is stable. 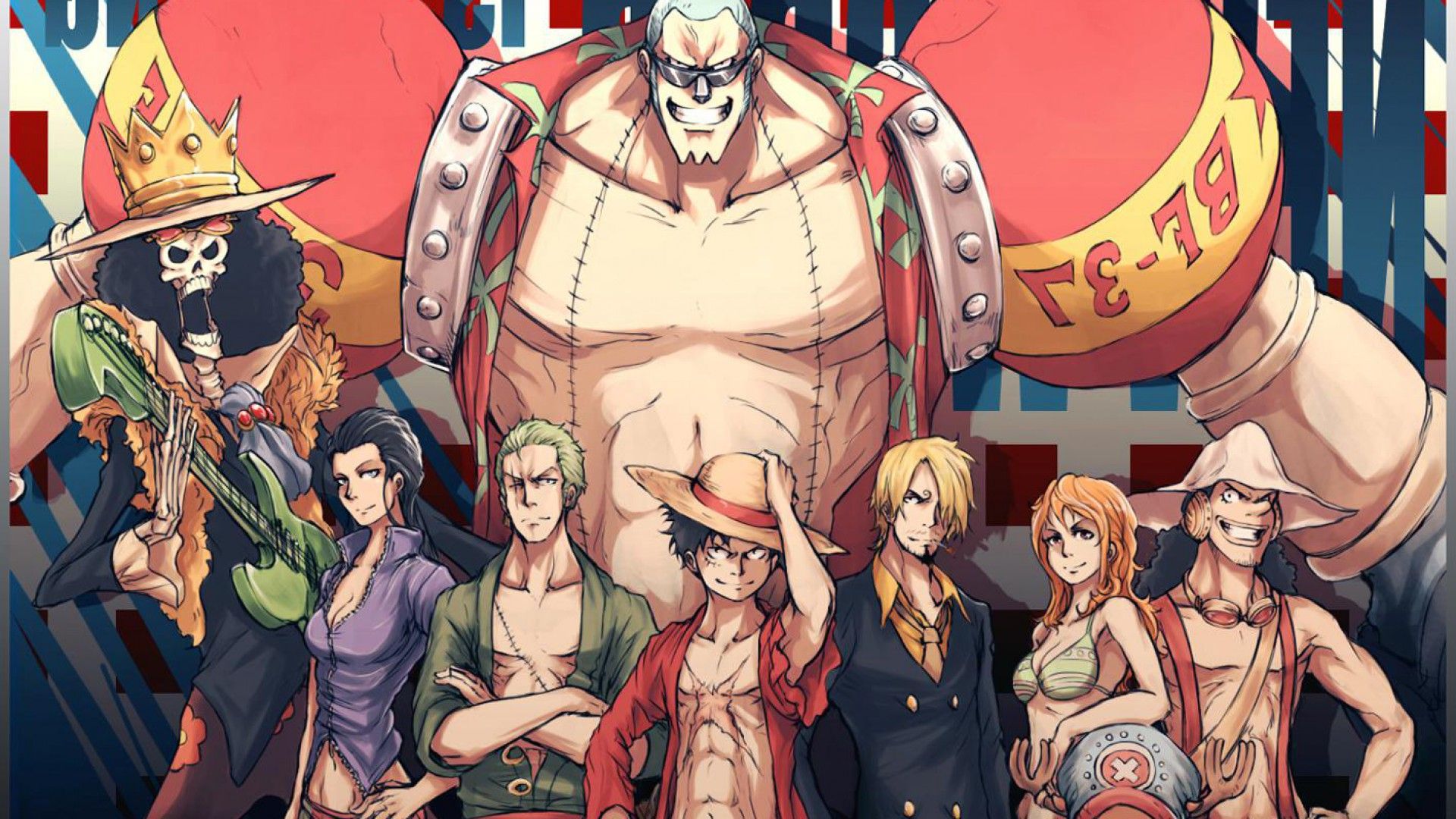 From mystical creatures and outrageous battles, this anime show also features interesting quirky elements of magic. For example there are Devil Fruits on the island, which an individual can consume in order to gain power. However, if one were to consume more than one in their lifetime, their life would quickly end.

There are three types of devil fruit, the first is Paramecia, which gives whoever consumes it superhuman abilities, such as Luffy’s rubber powers.

The second type is Zoan fruits, which allow the user to fully or partially transform into a specific animal and some even can transform the consumer into mythical creatures. The third and last type is Logia fruits, where the consumer can change their body to the living power structures of nature like control over fire. 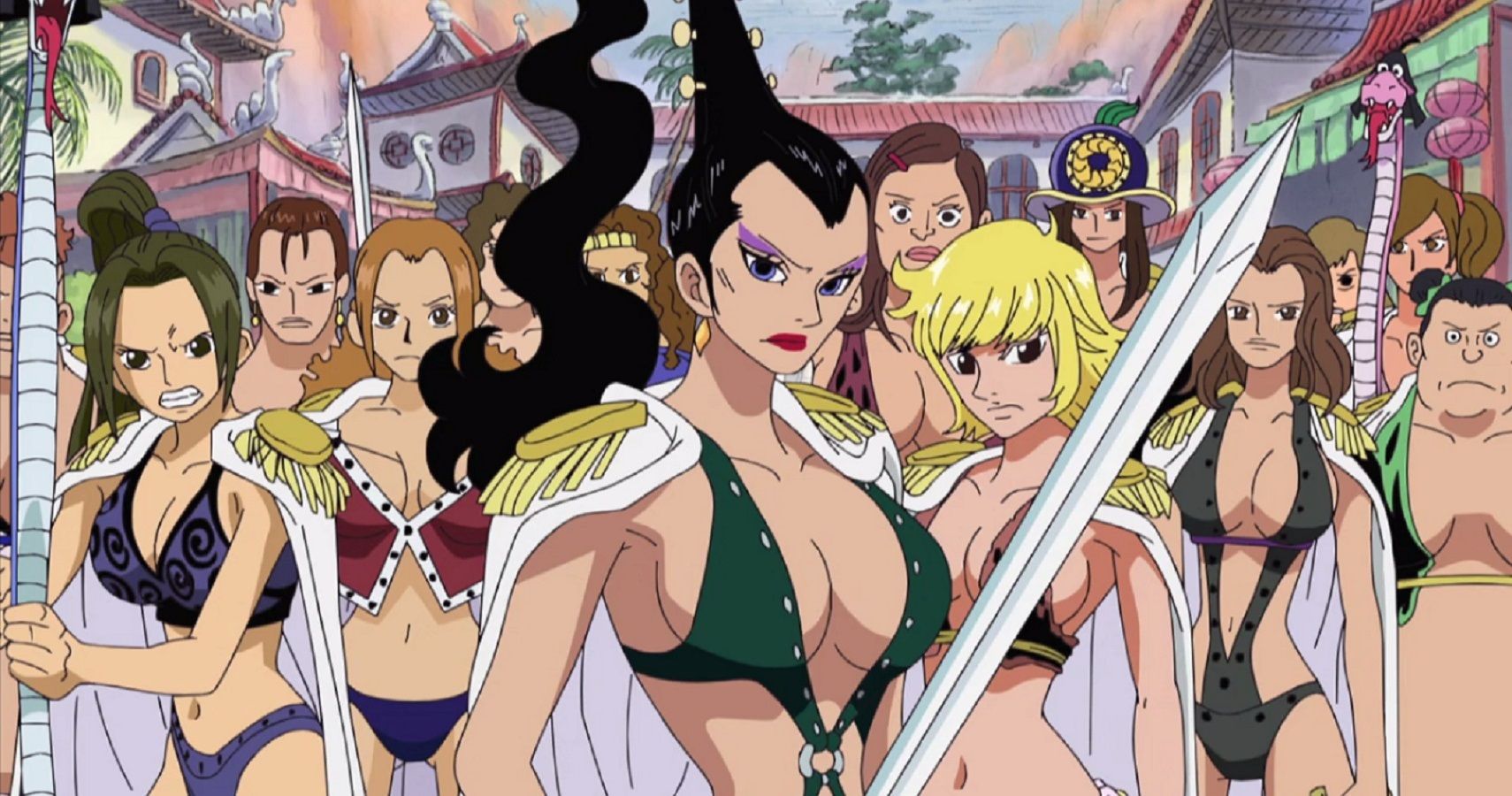 Haki is another mystic element that is attuned to one’s innate ability to sense the connection between themselves and others/environment. Every living being of the One Piece world possesses the ability, but not everyone achieves it. Color of Observation allows for the heightened ability to sense other living beings.

Color of Arms is like an invisible armor or forcefield. Lastly, the Color of the Supreme King can overpower will and make others unconscious. These mystical traits can also have physical after effects upon the user’s surroundings.

The world of adventure, mysticism and battling makes this pirate sailing anime series a lasting and dynamic show. With all of the typical anime attributes, this show also is noteworthy with a diverse and eclectic array of theme songs and music features. There were a total of 22 opening themes and 18 ending themes over the course of the show.

This show is not a typical anime or pirate narrative and it remained consistent in its popularity and creative narrative approaches over the years. With a classic animation style that does not fall flat upon depth, color or facial expressions,it is a wacky and zany full energy adventure with an eclectic cast of characters. It’s winning point is delivering something so unique and different but making the execution and storyline accessible and enjoyable for many different types of people! 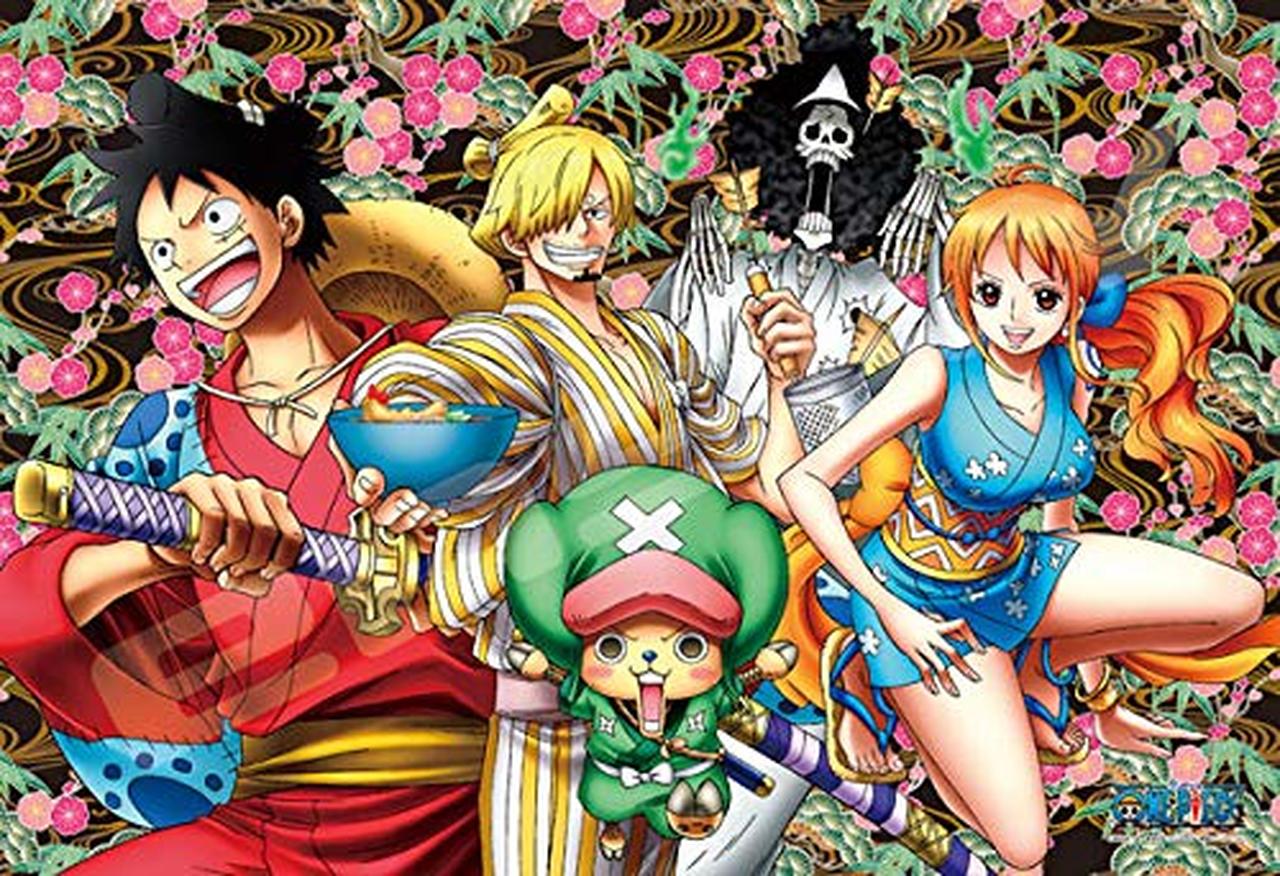