Why The Saga of Tanya the Evil Needs a Season 2 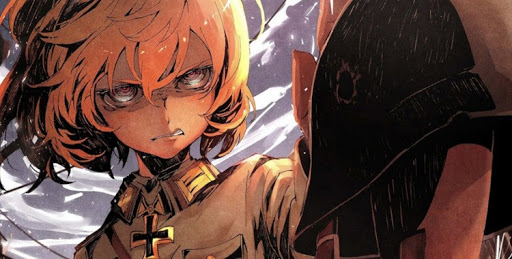 What happens when a higher power chastises you in the moment of your death for not having faith, and you respond by doubling down and denying their existence? Well, they might end up reincarnating you as a young girl in an alternate Earth circa-1930’s caught in a world of imperial armies and magic.

Or at least that’s the premise of the light novel turned anime tv series, The Saga of Tanya the Evil. I’m willing to bet you’ve likely never heard a premise quite like that before.

There’s definitely going to be some spoilers in here, so for those that have this on the backlog and are serious about watching it (or maybe my synopsis up there piqued your interest), I’m going to let you know what your options are for experiencing The Saga of Tanya the Evil as well as the movie sequel!

As the series has transgressed three mediums, there are three mediums for you to get your fill of The Saga of Tanya the Evil. The first two are for reading the story. Although you can’t read it digitally, both the original light novel source and its manga adaptation are available for purchase on Rightstuf.

If you’d rather watch the anime, then you’ll be happy to know you can watch both the series and the movie with many dubbing options on Crunchyroll!

There are minor, but important differences between each version of the work. Some differences include the main character being more “evil” in the manga and anime, as well as the main antagonist in the anime having a much more expanded role than they do in the light novel.

Other events might occur slightly differently and I can only assume there to be some confusion if you try to jump between each medium, but the plot wholly remains the same.

Before we dive into the series and what sets it apart though, it’ll probably help to know the characters and the setting of this universe.

Tanya von Degurechaff – After a mysterious entity (Being X) debates with a modern-day Japanese salaryman at the moment before he is killed, it decides to reincarnate him as an orphan girl named Tanya in an alternate world.

When she discovers that she has powers and the Imperial Army will train her from thereon as a mage, she plots on rising up the ranks as quickly as possible to one day have a safer office job. Her ruthless and twisted nature serves her well on the battlefield and she even comes to enjoy the killing.

Being X – An unknown entity that claims to be God and reveals itself at the end of Tanya’s past life. Tanya is the one to provide the name Being X, due to being unconvinced on the status of the being talking to her. It’s implied that Being X exercises their “will” to create complications for Tanya.

Viktoriya Ivanovna Serebryakov – A member of the platoon who serves under Tayna. She deeply respects Tanya but is also aware that she should avoid getting on her bad side.

Erich von Rerugen – A higher-up who witnessed Tanya training her subordinates. He is one of the few that are aware of her sadistic nature and is initially untrusting and scared of her, calling her a “monster in the form of a little girl.”

Anson Sioux – A member of an opposing force who clashes repeatedly against Tanya. After one of their battles leaves him on the verge of death, he receives power from God.

Mary Sioux – The daughter of Anson Sioux. She strives to join the army for personal reasons.

An interview with Carlo Zen and Emily Balistrieri, the writer and English translator of the series respectively, lay down the historical influence on the story and the creation of it. Carlo Zen wanted to create a story taking place in a World War I era from Europe’s side of it, which he felt is not commonly known about in Japan.

He wanted to avoid making a story about Nazi’s which is why it’s more of an alternate history where Germany unified and there was never an opportunity for the Nazis to be created.

The world that Tanya wakes up in is one familiar to the history of her past life. “The Empire” or “The Fatherland” that she awakens in is very similar to Germany. She recognizes the similarity to other world powers and the 1930’s era as well but deduces that it’s different enough that history does not have to fully repeat or act as a parallel to her previous world.

Even though it’s surrounded on all sides by enemies, the power of The Empire leads her to decide that her best chance of surviving is to stay with the side that’s winning and rise up the chain of command.

Another aspect that’s different from her previous world is the presence of magic. Those with magic aptitude are placed into militaries and used as support unit mages that can fly and are equipped with magic-induced rifles.

Their usefulness (especially under Tanya’s leadership) leads to them being a huge asset to The Empire, which was already well known for its industrial capability and military power.

The Anime and the Movie

The Saga of Tanya the Evil is an interesting work. As I mentioned above, the premise is very unique. Unfortunately, the first episode is a bit of a flash-forward. Although it does a wonderful job explaining the world, it’s history, and the characters (most especially showing the cruelness of Tanya), there were some that wrote the show off from the first episode.

It’s the second episode that explains the backstory of Tanya. A Japanese salaryman who’s well aware of his own twisted personalities and views life in a purely logical and business sense fires an employee under him.

As the man awaits for the train to take him home, the fired employee pushes him in the way of the train. Time stops before the man’s imminent death.

A voice begins to communicate through the man, using each of the nearby people and even a pigeon to speak and chastise humanity. The voice claims to be the creator, which the man vehemently denies.

Even as the voice threatens to make a special example out of him since it’s overworked watching over all beings on the planet, the man criticizes the so-called “Being X” for not sticking to their own rules and having a flawed model of business. He refutes that believing in a creator or God isn’t necessary thanks to science and logic.

Being X decides that the man is so heavily reliant on what’s available in the modern world that if he lived as someone in despair and without the comforts of technology, he might just gain faith. Determined with the plan they came up with, time resumes and the man dies. He reawakens as a baby girl named Tanya.

The rest of the series depicts Tanya as she fights on the front-lines of the on-going war. Whenever circumstances seem to go in her favor and it looks like she can escape the front lines for a safe and cushy office-position, Being X intervenes (through other characters they perceive it as “divine intervention”) and leads to her continued deployment.

Some of his interventions include sharing his power with Tanya and her experimental weapon as long as she prays to him (lest it explodes and kills her), and giving his power to her enemies as well. 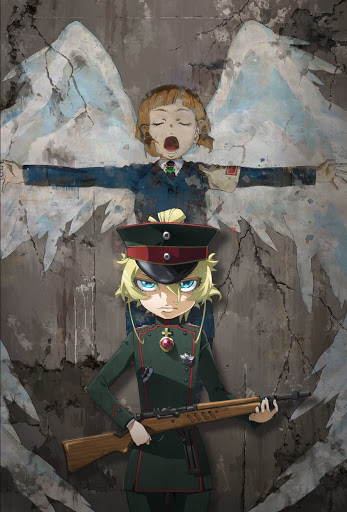 Unlike some anime films which cover original non-canon content, The Saga of Tanya the Evil: The Movie is a sequel to the anime series, continuing in its adaptation of the source material.

As Tanya and her battalion are sent out to fight against the Free Republic, a new rival rises up for Tanya. Mary Sioux, the daughter of the villain in the first season, is fueled with rage for her father’s death and empowered by the will of God.

Potential for a season 2?

There is still plenty of content to cover, and the movie performed well and received praise. But a well-performing series not receiving a second season is a case all too familiar with many anime fans. As of yet, there’s been no information about further animated adaptations from the creator nor the studio who adapted it.

Studio NUT worked on FLCL Alternative between the first season and the film, and it has an original work called Deca-Dence coming out in July of 2020. With their current track record of one work each year, perhaps it’s not too much to hope for a sequel series coming out within the next couple of years.

It’s certainly a unique series and as someone who enjoys history, politics, and the crazy mastermind types in their anime, this really hit a lot of marks for me. I wouldn’t be lying if I said the last scene in the anime might be one of my favorite scenes in just about any media.

The strong declaration by such a deranged character is such a perfect culmination of her and the world.

Most people that I’ve talked to about it really enjoyed the series and would watch a sequel. I’d certainly recommend that anyone interested in this type of story give it a try, whether they want to read it or watch it.