The Secret World of Arrietty Is a Miyazaki Classic 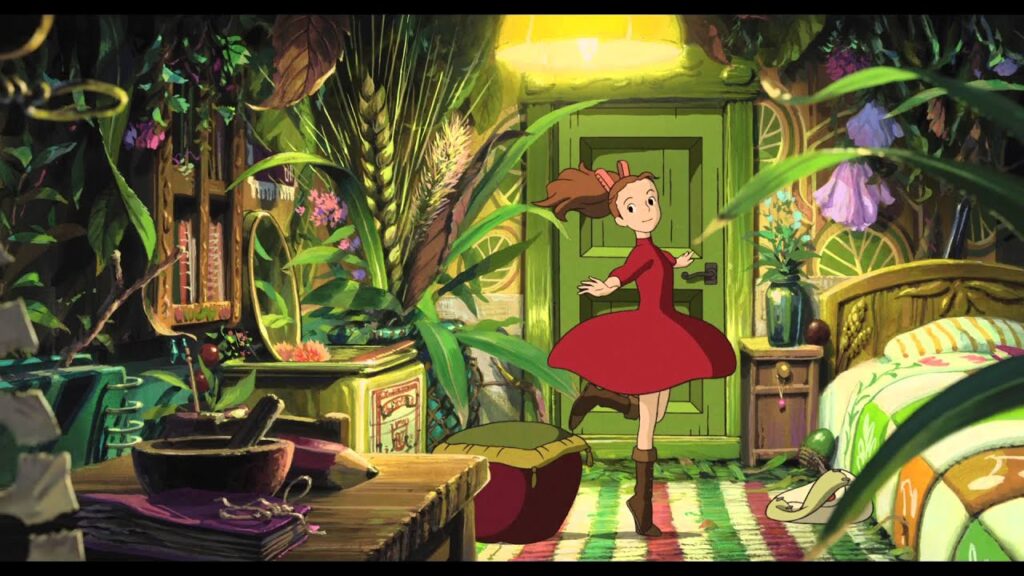 While Studio Ghibli is almost synonymous with the directing work of Hayao Miyazaki, there are occasions when he steps back from the director’s desk (It’s more of a director’s desk than a director’s chair in animation) and lets others take the reins. Such is the case in The Secret World of Arrietty, released in 2010.

Alternately released as Arrietty and Arrietty the Borrower, the story is an adaptation of The Borrowers, a series of novels for children written by English author Mary Norton. Arrietty served as the cinematic directing debut of Hiromasa Yonebayashi, who would go on to direct When Marnie Was There.

The Secret World of Arrietty Is a Classic British Story

The Borrowers have been adapted for TV and film many times, including the BBC miniseries in 1993, and a feature film in 1997 featuring Flora Newbigin as Arrietty along with John Goodman and Jim Broadbent. Hayao Miyazaki and Ghibli co-founder Isao Takahata had been wanting to do a story about The Borrowers for about 40 years and announced they were doing so in 2009.

The story follows Arrietty, a young girl who lives in the home of Sadako, who is watching over Sho (Or ‘Shawn’ in some translations), a sickly young boy who is waiting to receive a heart operation and thus stays in bed most of the day.

Arrietty and her family are ‘Borrowers’, a race of little people that live rather undetected in the homes of full-size humans. To get by they ‘borrow’ small items that humans won’t really miss, and use them to build their own homes.

One night Arrietty’s father, Pod, takes her out for her first borrowing mission. After grabbing a small sugar cube they look to take a tissue, but Arrietty is spotted by Sho. Arrietty and her father quickly leave to hide their existence, but Arrietty makes contact with Sho again to essentially tell him to leave her family alone, but this only makes it worse for her family, and Pod insists that they must now leave their home and find another.

The rest of the film deals with Arrietty and Sho’s blossoming friendship despite their worlds being so at odds with each other. Most adaptations of the Borrowers follow this plot more or less, and Arrietty is no different. 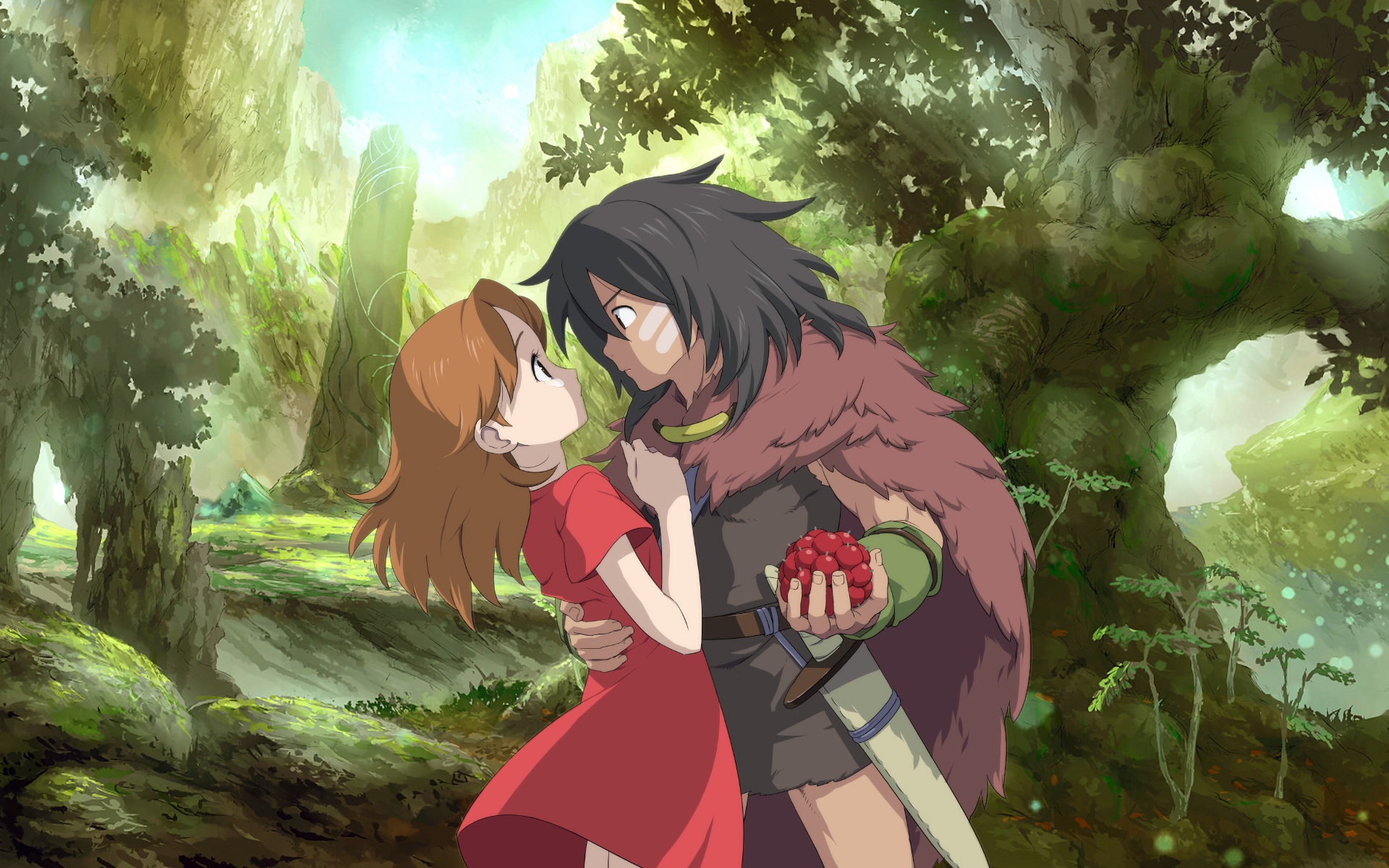 While many of Ghibli’s English-language and North American releases are handled by Walt Disney Motion Pictures, the UK dub was released by Studiocanal. This version cast Tom Holland as Sho renamed Shawn. This was technically Tom Holland’s cinematic debut, as previously he had come up on Broadway, performing in the show Billy Elliot. The next year he would make his cinematic debut in The Impossible alongside Ewan McGregor and Naomi Watts.

Arrietty was voiced by Saoirse Ronan, who had appeared previously in Atonement and The Lovely Bones. The UK cast also featured Olivia Colman as Arrietty’s mother Homily, along with Mark Strong as her father, Pod, Phyllida Law, Geraldine McEwan, and Luke Allen-Gale.

As Walt Disney Pictures does, in the North American release the roles of Shawn and Arrietty were performed by actors that were doing well in then-current Disney Channel shows. Arrietty was played by Bridgit Mendler, who appeared on the Disney sitcom Wizards of Waverly Place and would later appear in Good Luck Charlie.

Mendler also performed ‘Summertime’, a song written to help market the film. Shawn was played by David Henrie, who was also on Wizards of Waverly Place. Spiller, a Borrower unrelated to Arrietty’s family who lives outside, is played by Moises Arias, who previously appeared on the Disney Channel sitcom Hannah Montana.

Arrietty Was Met With Acclaim. Will We See Arrietty 2?

The film performed very well, currently boasting a Certified Fresh rating on Rotten Tomatoes, and received international acclaim. The film was even adapted into a four-part manga series. As with many Ghibli movies, fans have often wondered if a sequel to any of them may be in the works, and that’s certainly the case with those wondering if they’ll ever see a Secret World of Arrietty 2.

On its face, it makes sense, as there was more than one Borrowers novel, and there’s room to tell more of Arrietty’s story. But Ghibli is notoriously anti-sequel, though they have come close.

The Cat Returns, while implicative of being a sequel, is actually a spin-off of Whisper of the Heart, a Studio Ghibli film from 1995.

Another mini-sequel is Mei and the Kittenbus, which focuses on one of the characters from My Neighbor Totoro as she deals with a baby Catbus. This is a short film that is only 15 minutes long, and only viewable at the Studio Ghibli museum.

Miyazaki almost made a sequel to the film Ponyo, but instead produced The Wind Rises. This was supposed to be Miyazaki’s final film until he came out of retirement to direct How Do You Live?, based on a 1930s Japanese novel. So while we may see more and more Studio Ghibli movies, the prospect of returning to Miyazaki’s depiction of the Borrowers is very slim.