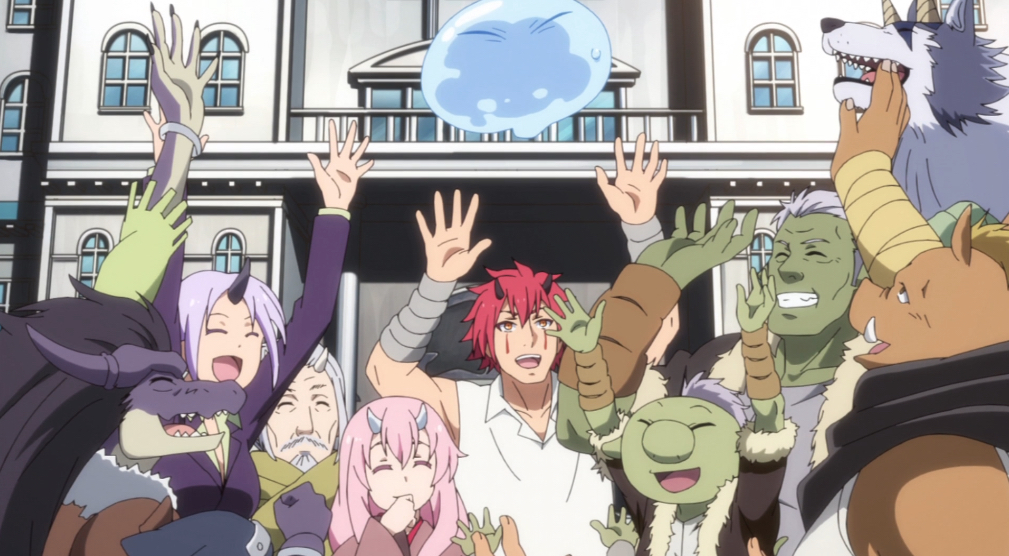 If Tuesday’s first episode is any indication, The Slime Diaries will be a fun and charming spin-off gag series. Crunchyroll picked up the anime, which is based upon That Time I Got Reincarnated as a Slime. And I’m glad they did.

Tensura, as it is sometimes called, ended the first half of its second season in epic style.

(Spoiler alert!) Rimuru rained down terror on his enemies with a display that was both Biblical in scale and clinically precise in its execution. He earned his Demon Lord title, although it came with an unsettling new ally, Diablo. And the ending showed that obtaining God-tier level means gaining God-tier enemies. (Spoilers end here.)

After a dramatic ending like that, a person could use a little comic relief, and The Slime Diaries delivers a lot.

First, a brief history: The Slime Diaries started out as a spin-off manga series. The gag manga actually began slightly before the first season of the anime began in 2018. It’s a yonkoma, or four-panel comic, a frequently used format for comedy series.

The manga starts pretty much the same as the anime, with Rimuru wanting to write a diary. He quickly realizes that all the dangerous and deadly adventures that he’s had are too much to handle. So he gives up.

Luckily for the viewers, Rimuru doesn’t give up entirely. Instead, we are treated to a half-hour’s worth of lighthearted, behind-the-scenes, and slice-of-life comedy. (Of course, in this case, slice-of-life is a relative term, since the series takes place in a fantasy isekai world.) 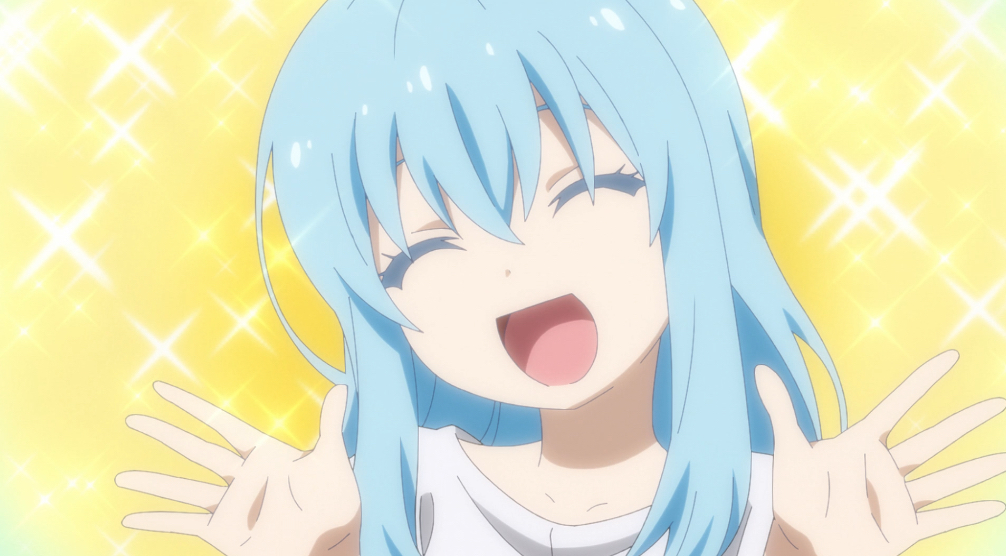 I was a little surprised that each episode will be full length, since a lot of spin-off gag series go the 3 to 5 minutes route. However, you can see why they didn’t divide the anime up into lots of little pieces, as the comedy is varied. There are quick comedy jabs, and some longer bits which get downright introspective and reflective. (Of course, the reflective parts often set up a punchline, but it’s nice to have slower bits of humor.)

It starts with a short recap of the beginning of the main series, which should help any newcomers who might have wandered in by mistake. I know from experience that a gag series can sometimes introduce new fans, so this is a great idea.

The rest is a nice combination of physical humor and other gags. Without spoiling too much of the comedy, some examples include:

The comic timing in all of this is excellent. The idea that Rimuru is apparently spying in some of these scenes is a bit odd. But it helps tie together the concept that this is all being ‘written’ from Rimuru’s point of view.

It will be interesting to see which of these skits become running gags. Even in the main series, the lizardmen are comic relief characters. And Gobta often is as well. But the series needs more of secretary Shion; or serious, stoic characters such as Ranga acting silly.

Overall, this should be a good series for both Slime fans waiting for the second half of season 2 and people who are curious about Tensura.