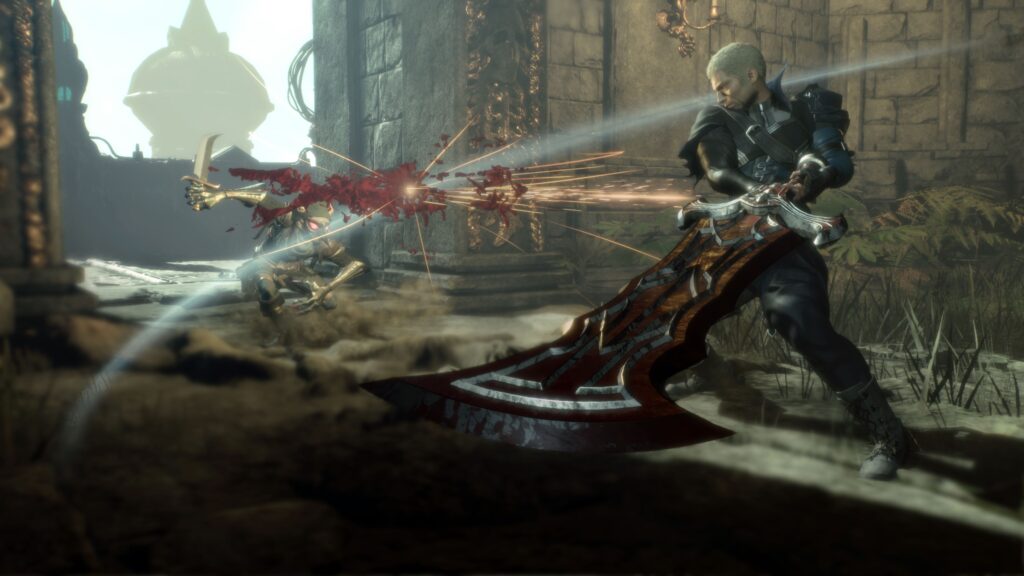 Be honest: It’s impressive to barge into a monster-infested stronghold to fight Chaos wearing a T-shirt. It’s foolhardy. It’s full-tilt bravado. It says: ‘Armor? I don’t need armor. I’m so confident in my skills with an oversized sword, I’ll stick to this cotton/poly blend, thank you very much.’ Maybe Jack doesn’t look like what we’d imagine a Final Fantasy hero to look like (and maybe he isn’t even the hero? We don’t have a ton of information yet). Regardless, it’s nice to see that level of stupid confidence and instant meme material in one package.

The Stranger of Paradise: Final Fantasy Origin had the best shitposters out in droves the second the first trailer began rolling during Sunday’s SQUARE ENIX showcase at E3. It had us asking the really important questions: why is this angry gentleman dressed so casually? Why are his friends in typical fantasy armor? Did the word ‘Chaos’ really need to be said that many times in two minutes?

After initially being corrupted and unplayable upon release, the demo has been fixed, and offers about an hour of playtime. This trial version is only available on PlayStation 5, though the final release is advertised as releasing on PlayStation 4, Xbox Series X|S, Xbox One, and PC as well.

Before giving my honest thoughts, let’s get some of these memes out of the way. Go on, get it out of your system.

when you head to the con in your normie clothes so you can be the handler for your two cosplay friends pic.twitter.com/RWR2OXEIOb

All good? Good. Because despite all the initial disbelief and pushback, Stranger of Paradise is actually fun to play. The combat is rough and Souls-adjacent, while combining the flexibility of the typical Final Fantasy job system with bits and pieces of the stance system fans loved about Team Ninja’s Nioh. It’s easy to ignore how out-of-place the main character looks when you’re smashing enemies into dust and having a blast doing it.

The initial tutorial may overload some unsuspecting players with information, but once you memorize certain commands and combos, it’s far from the worst combat experience. The controls are responsive, the enemies on hard mode are beefy and provide plenty of challenge, and the loot system means you can get Jack out of that stupid H&M top immediately. A skill tree system is used to gain new abilities and up your stats, and for this demo version, this process seems sped up to give users a better idea of what they’ll be able to accomplish as they level up. Switching between swordsman, black mage, and lancer classes on the fly is a great addition, and it was nice to see how well the job system featured in such a different Final Fantasy title.

As highlighted in the trailer, breaking down enemies’ defenses gives you the opportunity to crush your opponent into crystal, which simultaneously refills your MP. Of course, magical attacks cost MP, but so do your special attacks and abilities, meaning that using your enemies as a source of constant energy is vital to your success. Using lightbringer mode deals insane extra damage, but at the cost of MP. Having to balance between output and input makes for a novel battle experience, and one which doesn’t get old too quick. 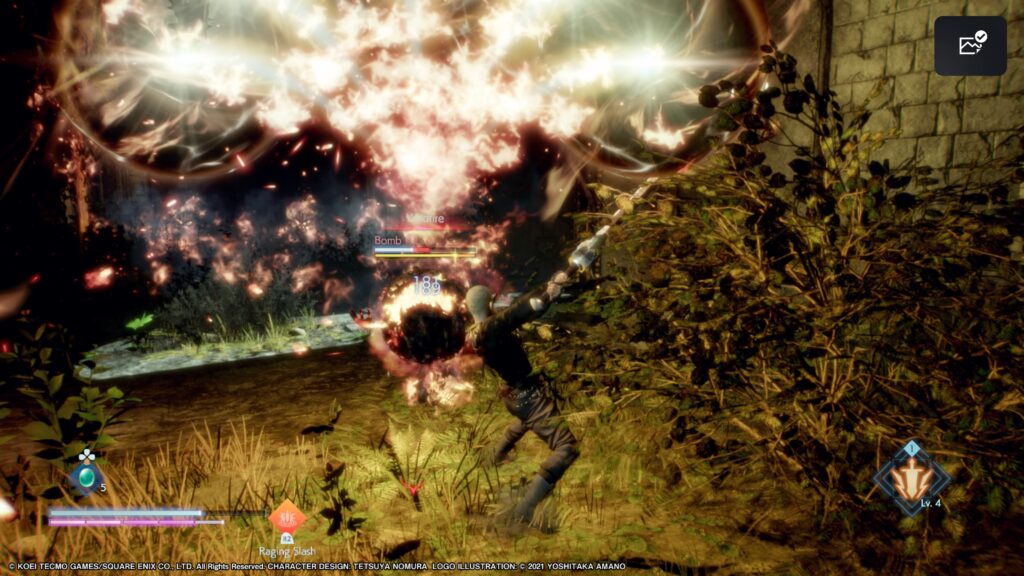 As I played, the complaints from the internet peanut gallery were forgotten. The gameplay is fun, plain and simple. But while the combat is solid, the same can’t be said of the graphics. One peculiar problem I often ran into was how dark the game is; even when turning up the brightness to max, I found myself squinting at times, trying to find a doorway or staircase. Your companions follow you, but often stand too rigidly and perfectly in line, as if the AI isn’t sure what to do. Playing on performance mode still saw some significant drops in framerate, and many of the environments look blurry or muddled.

One thing which doesn’t disappoint is the music. Many immediately pointed to Naoshi Mizuta (Final Fantasy XI) as the title’s composer, and their guess was correct: in a tweet today, the man himself took credit, and asked those playing the demo to provide feedback using the hashtag #SOPFFO_TRIAL. There’s no doubt that the development team will be hard at work addressing user issues, and again, there’s plenty of time for changes to be made. It’s a positive thing that SQUARE ENIX was willing to allow players to give Origin a try, but only if those voices are heard and appropriate courses of action are taken.

Despite how goofy the dialogue was in the English trailer, I would be remiss if I didn’t mention that the Japanese voice cast is superb. Jack is played by none other than Kenjiro Tsuda (Nanami in Jujutsu Kaisen, The Beholder in To Your Eternity), who does a phenomenal job of winning us over to the main character’s side (despite his current shortcomings.) 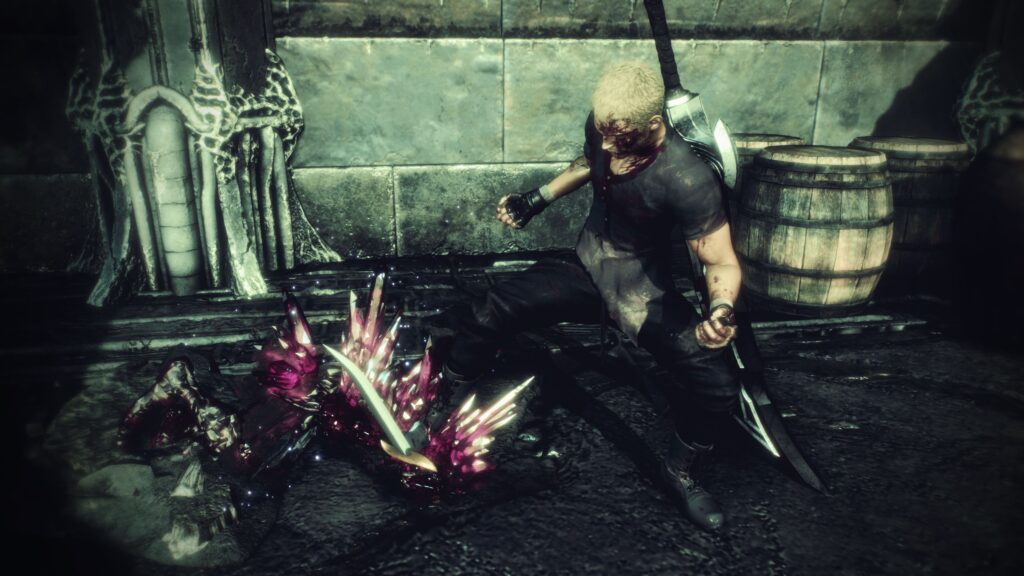 Most difficult to pin down is the overall vibe of the game. What defines a Final Fantasy title? This demo has scraps of things we recognize from the franchise: the job system, bombs casting familiar fire spells, a ridiculously massive sword. But these things don’t immediately conjure the same feeling that a Final Fantasy game usually does, and as things stand, The Stranger of Paradise feels like a whole new beast entirely. There’s a serious disconnect, but it was bound to happen with a title meant to bring more darkness and edge to the franchise. This is uncharted territory, and I commend Tetsuya Nomura for taking the plunge into uncharted territory.

The Stranger of Paradise: Final Fantasy Origin needs a few more coats of paint. It’s unpolished, but as a starting point, it’s easy to see how it could win some new fans when it (hopefully) releases in 2022. As an alpha, and it’s more than workable… though as it stands now, the combat is doing the heavy lifting. When we have our hands on the full game, let’s hope it has a more defined personality. If it does, it could be a force to be reckoned with.

The demo is now available to play on PlayStation 5 until 24 June.