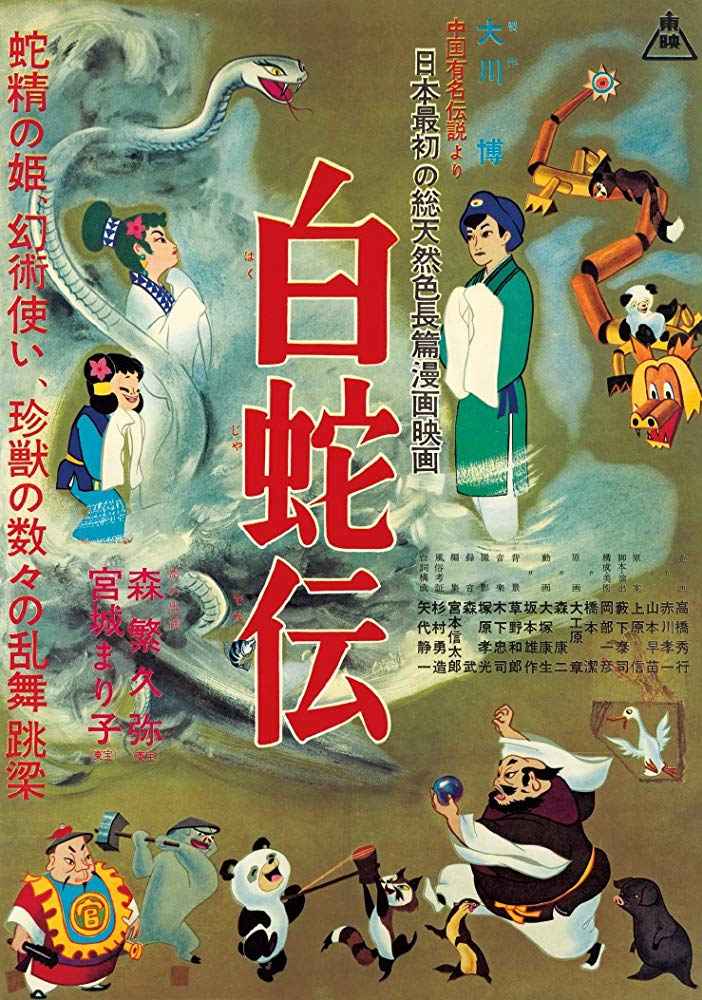 Respecting the greats is something that we should all perhaps do a little more of, especially with how hectic trying to keep up with currently airing anime can be. Luckily, the HD Bluray release of Japan’s first feature-length, full-color animated film The Tale of the White Serpent allows us to do just that – along with discovering the origin of one of anime’s most powerful and influential studios today.

The Tale of the White Serpent is known by many names in many different countries according to different localizations, but this aforementioned title is closer to the original Japanese, which was itself based on an ancient Chinese folktale of the same name. Otherwise, it’s known in the United States as Panda and the Magic Serpent.

The film was released in 1958 in Japan, and later in the United States in 1961. Tackling the production was a studio that was, at the time, just starting out, but is now considered as one of the powerhouses of the anime industry – Toei Animation.

I’m sure that Toei Animation needs no introduction, as they’ve been behind some of the biggest anime of all time – One Piece, Dragon Ball and Sailor Moon, to name but a few. They’ve also acted as an incubator for legions of talented animators and directors over the years, in particularly nurturing the career of one Isao Takahata.

But all the greats have to start somewhere, and Toei started out with The Tale of the White Serpent as their debut feature. At the time, trying to pull together enough money, manpower, and technical know-how to produce the first feature-length, full color animated film was a tall order – but it certainly paid off, as the film’s success was enough to put Toei on the map and spell out decades of industry dominance.

The new Bluray HD remaster of The Tale of the White Serpent allows us, therefore, to experience an important milestone in Japanese animation in a modern format and with modern devices.

This is only possible because of the painstaking restoration work on the original animation cels stored at the National Film Archives in Tokyo. The team behind the restoration even managed to produce a 4K version, which was screen at this year’s Cannes Film Festival, however, the 4K version will seemingly not be coming to home video any time soon.

Regardless, if you’re interested in the history of Japanese animation and how the legendary Toei Animation started out, don’t hesitate to check out The Tale of the White Serpent HD Bluray when it launches on October 9.