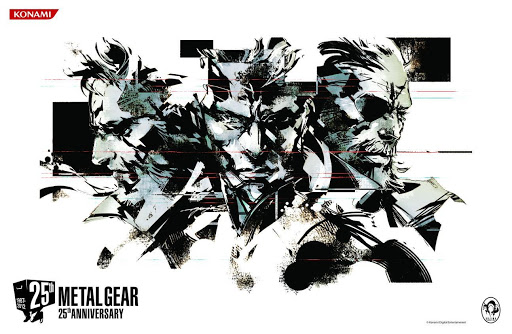 There was a time, twenty years ago, where video game demos were more common. And in that less digitally accessible age, it was common to access demos through discs that were provided through video game magazine subscriptions.

One of the most well-known demo providers was PlayStation Underground which supplied, as you’d assume, demo discs for PlayStation games. In 1998, I would receive a demo disc with many wonderful titles, including a demo for Konami‘s Metal Gear Solid.

As a four year old used to cartoony platformers such as Crash Bandicoot and Spyro the Dragon, Metal Gear Solid was something else entirely. I’d try and fail multiple times to make it past the starting area in the demo, until I gave up and focused on other games.

Through a random series of events I was given a copy of Metal Gear Solid 2: Sons of Liberty by someone who didn’t play it anymore. While I didn’t know at the time, that moment would be when my love for my favorite video game series would begin. 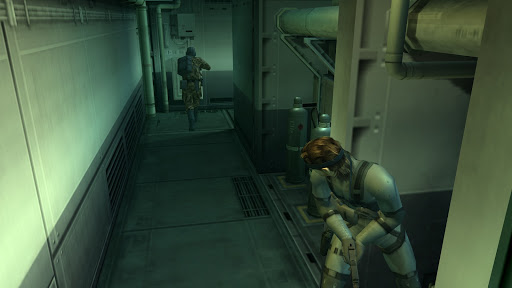 Something I’d learn very quickly would be how deep and at times convoluted the series can be, and how people unfamiliar with the story will want you to explain it. Although it’s not as difficult to follow as something like Kingdom Hearts, it’ll still take a whole article and a half to talk about it.

This is why I’m not going to go over the plot of the whole series, but I’ll be going over something just as if not more important: their themes. And of course, I’ll discuss where the series can go from here.

The Main Series Up To Metal Gear Solid 5

Metal Gear & Metal Gear 2: Solid Snake were both notable for the emphasis placed on stealth. The player was thrown in with no weapons and had to avoid enemies lest they go into an alert phase.

This was improved in the sequel with heightened senses for the guards, including a cone of vision (instead of the original’s line-of-sight mechanic) and the ability to hear nearby noises. Both games deal with Solid Snake infiltrating an area to gather information, destroying the bipedal nuclear-carrying tank known as Metal Gear, and confronting the villainous leader, the legendary Big Boss.

Many of these elements would be used in Metal Gear Solid and subsequent games. While these games certainly have their own story and already show signs of meta and fourth wall breaking aspects that the latter games would more fully embrace (especially with Psycho Mantis shenanigans), they wouldn’t have concrete themes as Metal Gear Solid entries would.

Themes That the Snakes Go Through

Metal Gear Solid follows Solid Snake as he’s pulled out from retirement and sent to Shadow Moses Island to stop the similarly codenamed Liquid Snake and the special ops-turned terrorist group FOXHOUND. Solid Snake discovers a sinister plot as the terrorists threaten to launch a nuclear missile with a new version of Metal Gear, the American-produced Metal Gear REX.

The main theme of the game is “Gene”, as various characters throughout question their own destinies. Liquid Snake himself subscribes to the theory that you can’t fight your genetics, and everything exists to pass their genetics on.

Metal Gear Solid 2: Sons of Liberty initially follows Solid Snake but later follows new protagonist Raiden as he attempts to infiltrate and stop a terrorist group called Dead Cell who have kidnapped the president. The theme of this game is “Meme”, as it’s discussed what else besides genetics can be passed on (culture, happiness, etc).

This theme is expressed through Raiden’s tragic past and his hopes for raising a child and passing on good memes to them, as well as the overall plan to suppress memes and information by the villains of the game. While the game was initially known and criticized for its tricky marketing that expressed Solid Snake as the main character, it’s now looked at more fondly for its meta aspects and presently relevant themes of information control in the digital age.

Metal Gear Solid 3: Snake Eater takes a trip to the past and follows a man during an important mission in the middle of the Cold War. He has the codename Naked Snake, but he’s better known as later becoming Big Boss and the “father” of Solid Snake.

In conjunction with the Cold War era that the game takes place during, the theme is “Scene” and argues that everything changes in time, including one’s identity. This is most prominent in the ideology of Big Boss’ mentor and defector of the United States, which in turn affects events throughout the entire series.

Metal Gear Solid 4: Guns of the Patriots comes back to the present and follows Solid Snake as he attempts to stop Liquid Snake/Revolver Ocelot once and for all. The theme is “Sense” or “Will”, which follows the failure to understand someone’s final sense or will in regards to the world. Nearly every character’s arc in the game is based around this theme as is the plot since it’s tied directly to the ending events of the third game.

Metal Gear Solid: Peace Walker follows Big Boss again, further inspecting his descent into villainy as he forms his mother base. Appropriate to the title, the game’s theme is “Peace”. Nearly every character in the game is fueled by their ideas of what could bring peace, even though it usually involves a nuclear deterrent.

Metal Gear Solid V: Ground Zeroes/Phantom Pain is the latest in the main series and was set to serve as the final missing link between Big Boss’ prequel games and the original Metal Gear games. Its theme is “Race and Revenge”.

The Revenge theme is obvious since the events of the game are a constant downward spiral of revenge from the beginning. Race on the other hand is perhaps better explained as the game’s latter focus on cultures and the power of language. 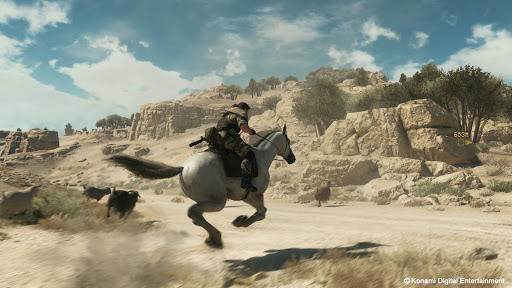 Due to being the perceived final game in the series, the drama behind it with series creator Hideo Kojima leaving Konami, and the feeling that the game wasn’t finished by many (understandably), the final product left a melancholic taste in fans’ mouths. I personally feel that the strengths of the game outweigh the faults, but even I wish that Kojima’s final game in the series could have ended more positively.

It’s possible you’ve heard the names of some other games under the Metal Gear moniker. Some may be wondering why I didn’t mention Metal Gear Solid: The Portable Ops. And it’d be insane if I didn’t also mention the amazing experience that is Metal Gear Rising: Revengeance.

What About “Portable Ops”? “Rising”? And “The Twin Snakes”?

The series has expanded to several spin-off games, which as you might guess, are not needed to play to understand or enjoy the series. I’ll briefly go over the more popular ones.

What divided fans, however, were the cutscenes under Ryuhei Kitamura, a Japanese director known for his over-the-top films that are undeniably inspired by The Matrix. It’s the only entry in the series where you’ll see Solid Snake jumping off of helicopter missiles.

Metal Gear Solid: Portable Ops is a title released for the PSP that manages to keep the same gameplay as the main series. Although it takes place after Snake Eater and has very important ties with other mainline games and characters including Gray Fox, its canonicity is debated among fans after Kojima later stated that he doesn’t consider it canon. 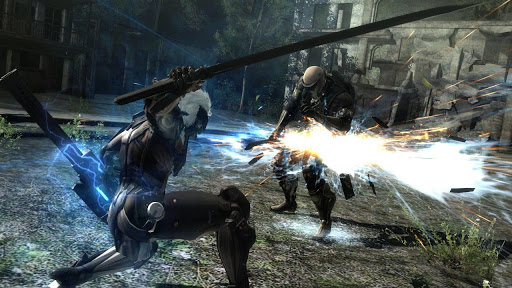 Rising was developed by Platinum Games, and in my opinion, it’s still one of their best with incredibly satisfying gameplay, an absurd and awesome story, and quite possibly my favorite video game soundtrack. Among the spin-offs, it’s one of the most unique when it comes to gameplay and also the one that I’d recommend to absolutely everybody.

Metal Gear Survive is a survival action game and the last to be released in the series. It was made with the Fox Engine created for the Metal Gear Solid V games. Apart from the initial negative reaction, it was released to mixed reviews.

Technically speaking, it’s possible for another mainline entry. The IP still rests with Konami and they’ve said they plan on supporting it. As much as fans don’t appreciate it, fan-favorite Metal Gear Solid 3: Snake Eater was remade…as a pachinko machine. Writing and typing that out doesn’t feel that bad but to watch videos of my favorite characters in the Fox Engine…it does admittedly hurt.

It’s not as if Metal Gear games haven’t been made without Kojima before, and most have been received pretty well. Then again, their first work after Kojima’s departure was Metal Gear Survive, which seemed to be an attempt to capture the popular trends for gameplay at the time.

Between that and pachinko, it’s unknown how the series will continue. I still have my fingers crossed for seeing a new Metal Gear Rising and chances are I always will unless a sequel for that does happen.

I don’t hate the developments so far that the series has seen. I’m not personally happy to see my favorite game remade into beautiful graphics behind pachinko slots, or a game with my favorite gameplay being repurposed for a hacked together survival game, but there are people out there that will find enjoyment in those titles and that’s a wonderful thing.

But, that doesn’t take away my enjoyment I’ve experienced with the series! Even if Metal Gear games continue forever and there’s never one that interests me again, I’ll always remember my first moments experiencing each game and the hours I spent replaying them and listening to all of the codecs. The series has provided some of my favorite video game memories, and nothing will ever tarnish those memories.