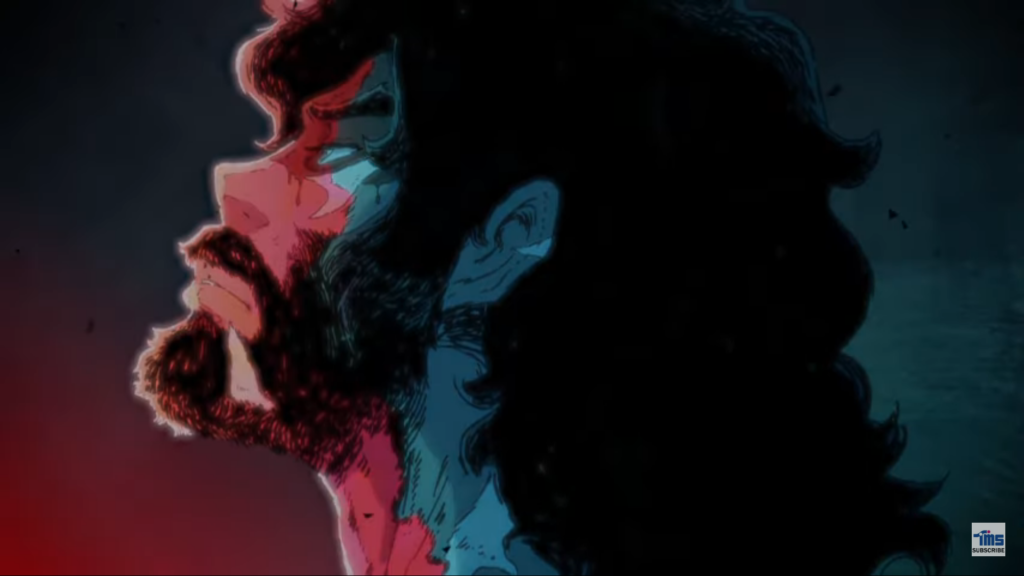 No one was expecting Megalo Box to be one of the slickest anime of the decade when it slowly crept onto viewers in the spring 2018 season. In fact, no one was expecting Megalo Box to exist at all. Some fans might not even know the show’s actually based on a classic boxing series called Ashita No Joe which never had a popular incarnation in western fandom but is a 70s classic in Japan even non otaku are familiar with. The first season came about as a 50th anniversary project for Ashita No Joe but, after being quickly embraced by fans around the world who had no real familiarity with the older title, it was clear early on Megalo Box was and is its own thing. Now, after a successful Toonami run, at Anime NYC this past weekend TMS Entertainment officially announced Megalo Box 2.

There’s no official date yet for Megalo Box 2 but we’re lead to believe it’ll come out late 2020 or early 2021. While this gap in time seems like a lot, especially since a year and a half has already passed since the original left a boxing glove shaped imprint on our skulls, the more time the studio has to polish this one the better chance it has of living up to or even succeeding the original. Animation doesn’t materialize in thin air, even with today’s digital technology people still have to animate all the shows we watch! Especially in the case of Megalo Box which features pristine stylized animation that’s been purposefully scaled back to DVD quality for the aesthetics. Art like this takes time and effort and will prove itself to be well worth the wait.

Not only do we not have a firm release date for Megalo Box 2, but there’s also not too much made public about what the story will be like yet either! The one big reveal in the above trailer though has us intrigued; Megalo Box 2 will take place seven years after the first ended. Joe’s sporting some scruffy facial hair and we’re left with the text ‘Live The Dream Again’.  Season 1 ended with Joe winging the Megalonia competition in an upset victory against the reigning champion Yuri. His trainer Gansaku was left blind and they adopted the young Sachio along the way. Whether the show dips into what had happened during those seven years or throws in blind, remains to be seen. Either way though, we’re extremely excited about the possibilities. Let’s talk about why. 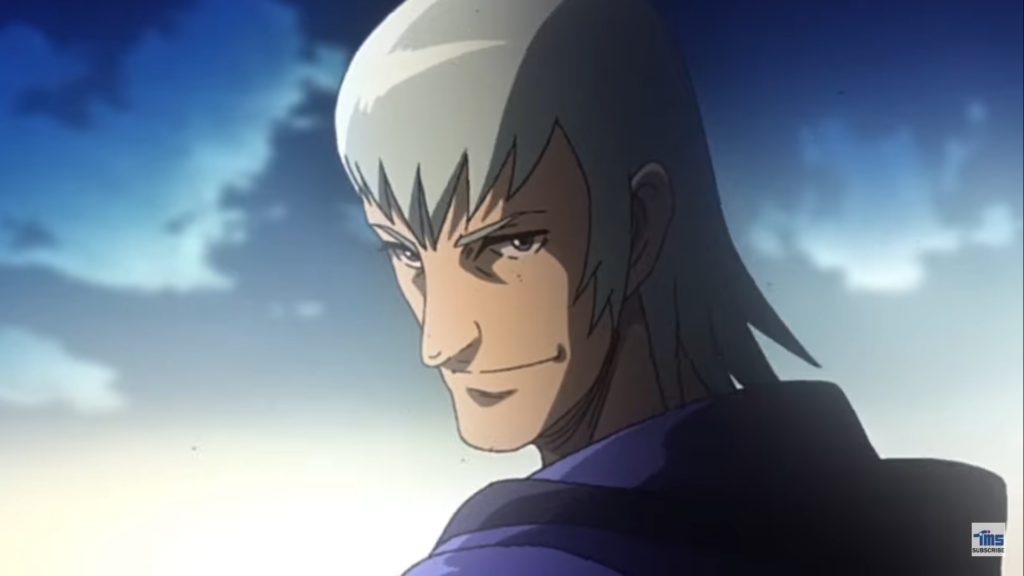 Megalo Box created an entire world; One, mirroring all classic cyberpunk despite not sharing the Ghost In The Shell aesthetic, which highlights the disparity between the rich and the poor. Joe and his team all hail from a slum area in Japan where most of its residents are unregistered citizens. While the show didn’t beat you over the head with the class dynamic, it’s certainly a factor that permeated throughout the entire run. Taking place seven years after the original, Megalo Box 2 could effectively showcase whether things have gotten better or worse in the slums and show us how those in the skyscrapers have been living. Some might not be interested in a political edge but when so few anime have addressed real-world matters in recent memory, I’d welcome it at least.

On a brighter side, technology could have also developed further within those 7 years. Specifically, Gear technology. In case you don’t remember, ‘Gears’ are the names of the exoskeletons most pro fighters use in the ring. Of course, Joe was famous for not sing one at all most of the time, but originally that was due to his economic situation and not something he did for pride. While there were many standard model gears, by the end of Megalo Box you had two new types that were showcased in a big fight. Of course, there was Yuri’s sleek Gear that was surgically attached to his body for maximum compatibility and results. Conversely, you had Mikio Shirato and his AI-based Gear that could read opponents’ attacks. Who knows what new types of Gear will exist by Megalo Box 2. It could result in some pretty interesting skirmishes.

Part of what made the out of nowhere sci-fi reimagining so successful was its stylistic choices. You could argue that Megalo Box owes some debt to the legendary Samurai Champloo, for both its incorporation of hip hop in its soundtrack and even for intentionally hearkening back to an early 2000s visual presentation for some increased edge. Not to imply it’s ripping off Champloo or isn’t bringing anything new to the table. Of course, the show’s blend of grit and shiny machinery is entirely its own and coupled with the old character designs that are old school in concept but with some modern touches in the execution (like Joe’s hair, for example), there’s nothing else like it! Honestly, even if Megalo Box 2 just keeps up the standard with its look the first series set we’ll be happy. 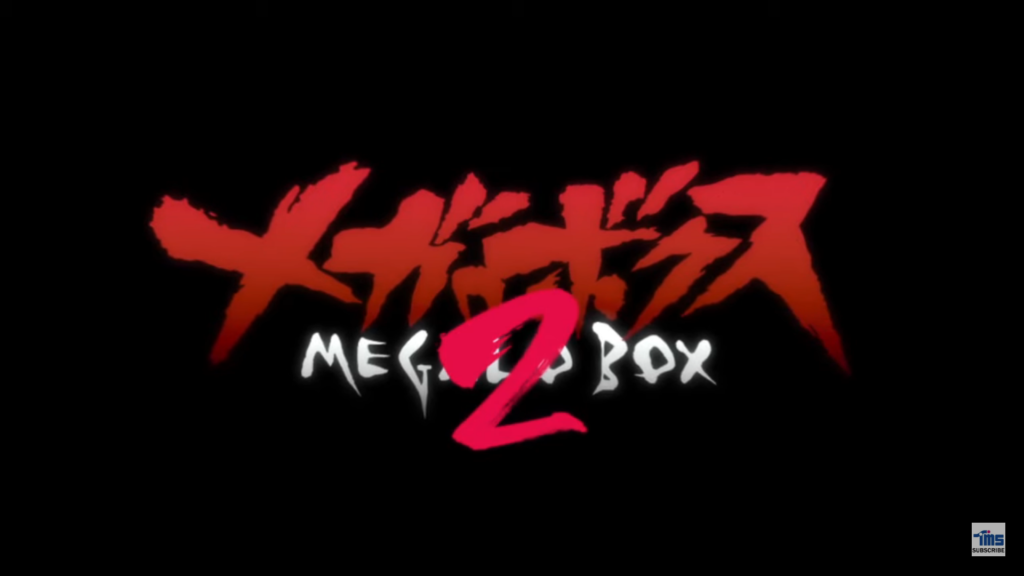 Ultimately though, it’s what’s happened and what’s going to happen to Joe that we all care about. One would assume he’ll be doing some boxing again, Gearless or not. The question is though, against who and why? Will it just be a rehash of the previous Megalonia tournament? Will he get into street fighting perhaps? I kind of hope this won’t just be a story where he was the champ, but then he stopped, but found new inspiration and got back into it. That’s been done before in so many ways and while I’m confident the animation team behind a modern classic could put a new spin on that story, I am hoping for something more original. Even in a worst-case scenario though, we’re going to get ringside seats to some good ass pummeling.  Can’t complain about that, can we?

2018 was an exceptional year for anime, but even in a time where tons of great shows like Devilman Crybaby and Baki were coming out, Megalo Box stood out. Many of its fans didn’t even know what Ashita No Joe was! Unlike Devilman Crybaby, the show didn’t move a new generation of anime fans into checking out its source material but it is one of the shows people have kept clamoring for a sequel for the minute it finished airing. It exists as its own thing and despite now being far removed from the iconic 70s series that’s a household name in Japan, Megalo Box 2 will continue its legacy for this new era of fans. Without getting into potential spoiler territory, we just hope Joe has a happier ending this time around.