The Vision Of Escaflowne Was 90s Anime At Its Best 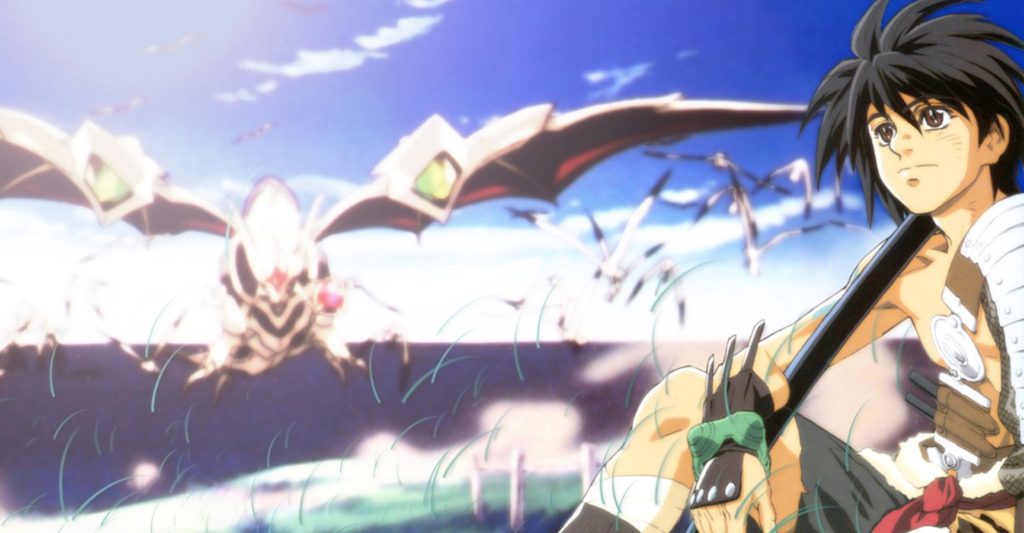 The Vision Of Escaflowne is something special. Animated by Sunrise just a couple years before Cowboy Bebop, every scene is gorgeous, fluidly animated with a beautiful style to boot. Robots and castles and alternate worlds? Oh my! Particularly strong character writing also makes the show a memorable experience.

Despite its capital F otherworld fantasy setting, the entire cast feels three dimensional. The original concept for the show was developed by Macross creator Shoji Kawamori and the extremely talented Kazuki Amane, who went on to do Noien and Birdy The Mighty Decade, directed the thing. You had anime composer legend, Yoko Kanno, doing music for the thing too.

With all these great names attached, Escaflowne had the creativity behind it to become one of the true gems of 90s anime.

The Vision Of Escaflowne follows Hitomi, a seemingly normal school girl whose biggest concern is her feelings for an upperclassman on her track team. In the first episode, she decides she’ll confess if she can reach a certain time doing a sprint but as she’s about to reach the finish lines she gets interrupted by Van and a giant Dragon materializing out of nowhere.

If the spectacle wasn’t enough, Hitomi then gets transported back with Van to Gaea, A fantastical world where her earth hangs in the sky. They then link up with the noble Allen Schezar, one of the highest-ranking knights in Asturia, who’s been wrapped up in a war between opposing empires.

These skirmishes are fought out in mechs called Guymelefs, despite the fact that Gaea is very much a Lord Of The Rings-style fantasy setting. Van PIlots a particularly powerful and dangerous Guymelef called the Escaflowne, which puts him at serious risk throughout the course of the show.

Equal amounts soaring adventure, mech action only the way Sunrise can do it, and a classic romantic love triangle, The Vision of Escaflowne hits myriad different notes.

Escaflowne The Movie Was A Different Beast

Anime retelling movies used to be a popular way to milk a franchise when a series clearly ended its story. For instance, the Revolutionary Girl Utena movie The Adolescence Of Utena is a one-off film that reinterprets the events of that show. The simply titled Escaflowne movie was one of these retelling movies and it came out about four years, also helmed by creator Kazuki Amane.

The characters are all more drastic versions of their originals and Gaea has more of an Asian influence compared to the original’s more European setting. Yoko Kanno returned to score the film but it was actually animated at Bones, not Sunrise. Not that it’s any worse for it. Some hardcore fans didn’t like how different the movie was but we whole-heartedly recommend this gloomier take on Escalfowne which cuts tangibly deeper in some respects.

Escaflowne The Movie on paper follows the same plot elements as the show. Hitomi gets transported from Earth to Gaea, gets involved with a war, and eventually falls in love. However, this movie version doesn’t only present a more streamlined version of events but a decided darker vision of Escaflowne.

At the very start of the movie, Hitomi contemplates suicide due to reasons we only partially find out about in the film. When she’s transported to Gaea, she actually wakes up inside Escaflowne which she’s seemingly spiritually linked to. She travels around with Van, although this time around they don’t get along at first, as he leads rebel forces against the Black Dragon Clan, being led by Van’s brother Folken who’s only second in command in the TV series.

Allen’s still in the picture but he’s been reduced to a secondary character, and many of the TV series’ less prominent characters aren’t in the show at all. The film features on the core struggle, allowing its plot beats hit with a sharper intensity with each punch

Do You Need To Read The Escaflowne Manga?

The Vision Of Escaflowne was originally conceived as an anime, but there is a couple of manga adaptation of the show floating around. They’re ultimately secondary material, with the anime being the focal point of the franchise, but if you’re interested in some alternate takes on the story and characters you may want to check out the three manga.

They aren’t essential though, so we would only recommend the most hardcore completionist of fans track these down. Only one ever came out in English though so you’re going to have to learn Japanese to complete your collection.

Escaflowne Has Realistic Main Characters For A Fantasy Mecha Series

One of Escaflowne’s most stand out qualities next to its absolutely beautiful visual presentation is the character writing. Its main cast comes off as three dimensional, with none of its main characters fitting into any stereotype you might originally think they are. Nuance and emotional depth, the true to life characters make the events of The Vision Of Escaflowne hit home that much harder, despite the fact it’s a hard fantasy show. Let’s summarize the iconic trio.

A girl transported from her regular everyday high school life in Japan to a fantastical land with giant robots and fan fiction. Today, this set up would make Hitomi an Isekai protagonist but she did it before these kinds of stories were a dime a dozen.

She’s a headstrong girl who adjusts quickly to her new surroundings in Gaea and acts as a moral center for the series. A little too concerned with love at first but despite her situation, she’s still a teen girl, so who could blame her. All her qualities come off as very genuine and true to real life.

The young king of Fanelia who’s travels quickly turn into a journey of revenge after his kingdom gets wiped off the map. Technically a half draconian, his not being completely human actually doesn’t bear too much on the series itself.

He pilots the titular Escaflowne and while he’s an extremely skilled operator, he’s a little too quick to act sometimes. Underneath his brash exterior, he’s actually quite the thoughtful person, making him less typical than you’d expect. Some mysterious power links him and Hitomi, which both deepens their bond and causes tension throughout the series.

A little older than Van and Hitomi, Allen Schezar rounds out the main cast with maturity and reserve. A high ranking and extremely talented knight, Allen leads the charge against Dornkirk which Van and Hitomi join. She falls for him pretty quickly but for some time you’re not really sure where he stands.

You find out about his rather unfortunate romantic history early on, and (minor spoilers) he even got someone else’s wife pregnant at one point. There’s more than meets the surface with Allen too, but he’s certainly a noble one at heart.

Not as common a convention anymore as it was in Escaflowne’s time, but Merle was a bonafide cat girl. More than just having the ears on her head though, she takes on multiple catlike features like having longer nails and fangs. She’s known Van since their childhood and is very protective of him, and thusly not the biggest fan of Hitomi on their travels.