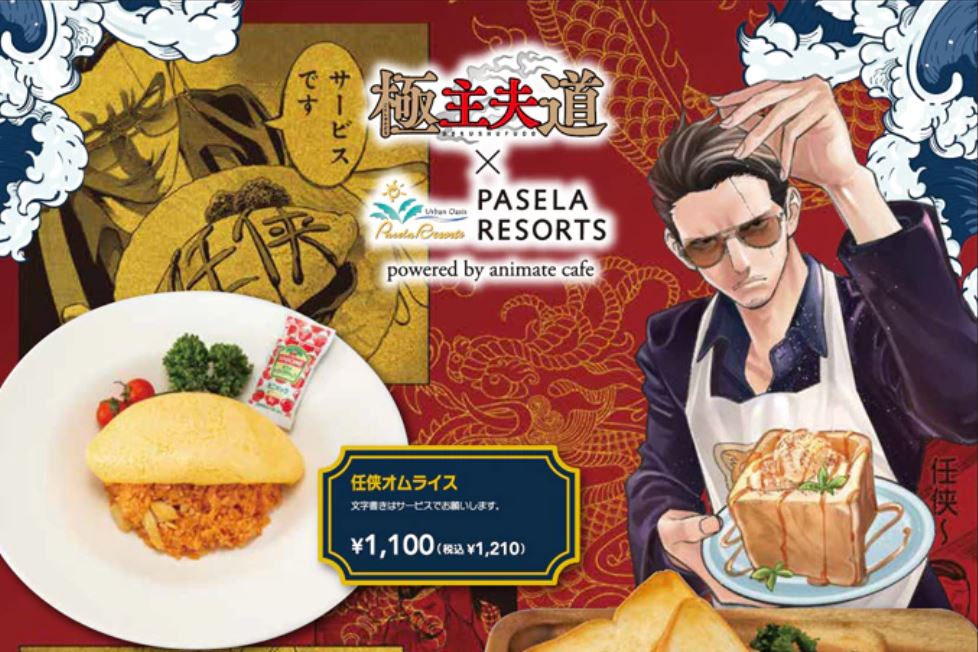 If you haven’t been reading Kousuke Oono’s The Way Of The Househusband, or watching its drama adaptation, you must have at least heard of this break-out hit comic at this point. Playing up the wholesome Yakuza trope repopularized recently by the Yakuza series, the manga centers around a reformed Japanese gangster who just wants to learn how to cook for his lovely wife. If you have been acquainted the Tatsu’s antics at this point, you’ve probably fallen in love with the tattooed scarred up former bad boy. You’ve probably thought at least once, ‘Oh why isn’t he cooking for me instead of his go-getter wife” Well if you make it to Japan in the next 6 weeks, you too can sample his wares at TheWay Of The Househusband Cafe. 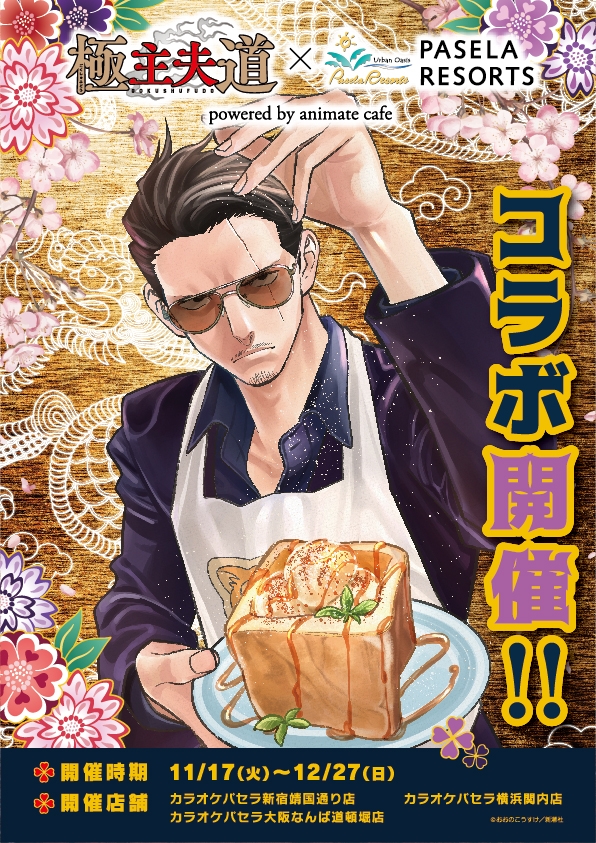 The Way of The Househusband cafe will be open from November 17 to December 27, meaning even Santa will have time to visit after his big cafe. He’ll have his choice of locations too granted he’s willing to bring his reindeer to Japan. At various Pasela resort chains, really luxury cafe and karaoke spots, including in Shinjuku, Yokohama, and Osaka, a themed cafe where customers will be able to eat Tatsu’s homemade foods will open next week. Usually, these limited-run cafes only operate for a couple of weeks, but with a staggering five-week stretch fans have plenty of time to visit.

More than one The Way Of The Househusband cafe will open at various Paselas around Japan on November 17.

The Way Of The Househusband Drama Gets School Themed Spin-Off