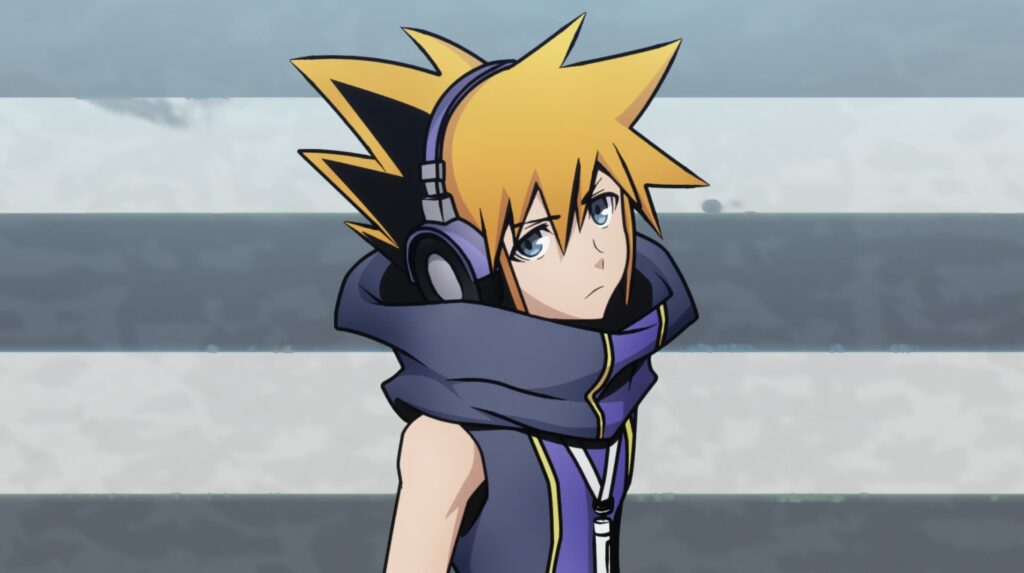 Episode 1 of The World Ends With You: The Animation is desperate to make a good first impression with its opening gambit, but perhaps it does a little too much in the brief time it was given.

There were a lot of reasons to be excited about The World Ends With You before the first episode premiere this past weekend. Even with a last-minute hiccup when the opening song from Japanese funk-rock band Ali was pulled last-minute when the drummer was arrested, this reinterpretation of the beloved original Nintendo DS title was considered one of the must-see Spring season premieres. 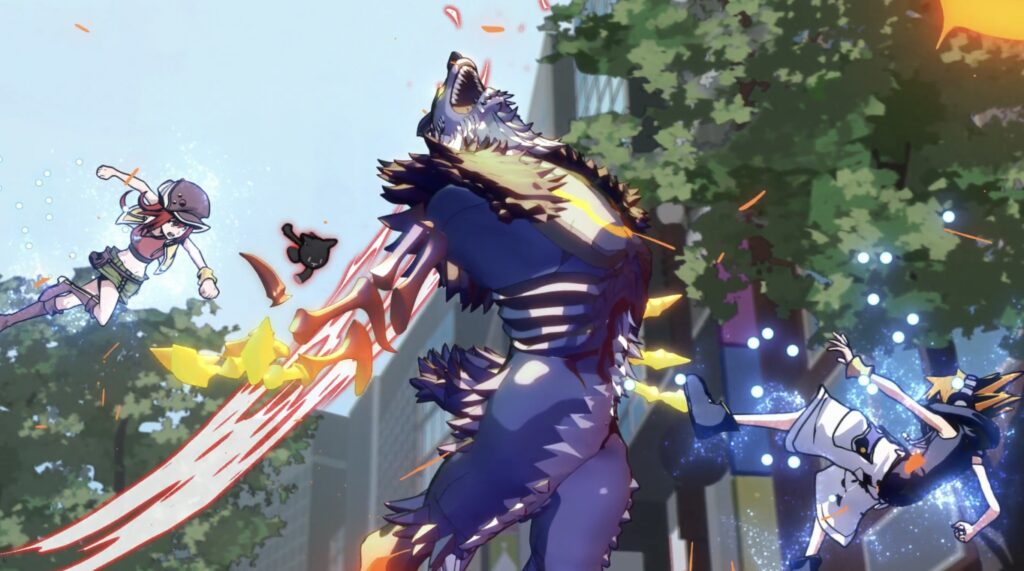 As I touched upon in my recent retrospective, The World Ends With You has earned itself a dedicated cult following thanks to the game’s unique dual-screen battle system and a strong embodiment of the soul of Shibuya as a place of self-expression. The story of the game is ultimately about overcoming self-doubt and reaching out to others, coming together to change the narrative of the self in much the same way one individual has the power to define the fashion of Tokyo’s youth culture capital.

The setting, characters, and gameplay can’t be separated from one another, especially with how its battle system required players to control two characters simultaneously. With that in mind, what happens when a game that integrates gameplay so heavily into its story loses that aspect of the experience through the jump to another medium? 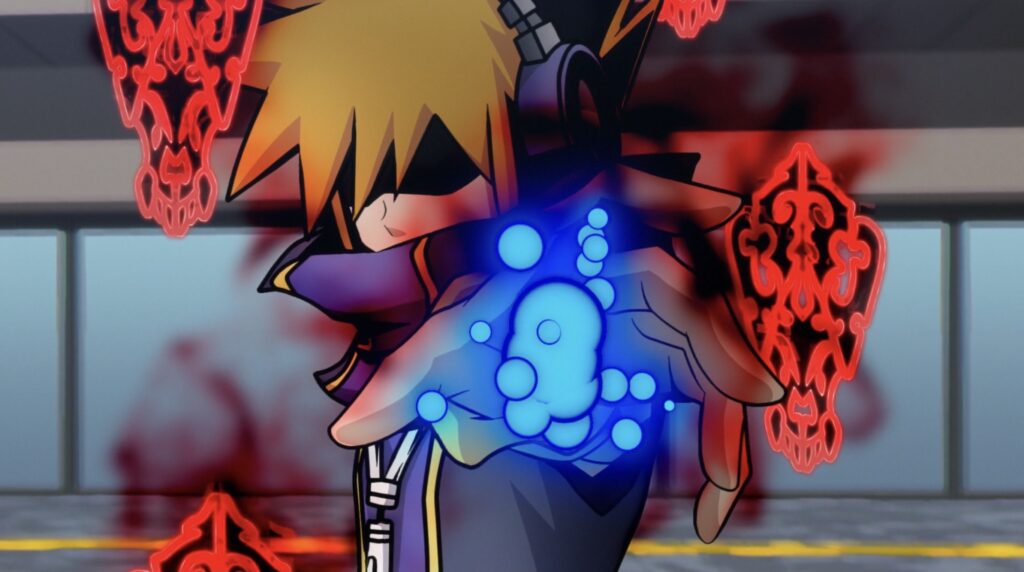 The World Ends With You follows Neku, an amnesiac teenager who is thrust into the Underground (the UG) of Shibuya and forced to participate in the Reaper’s Game. People in the real Shibuya, or the Realground (RG), can’t see Neku or the other players like Shiki, Rhyme, and Beat, who have all been given a second chance at life if they can survive for seven days.

I don’t think the flaws with the anime so far are the result of the non-interactive nature of the anime. In fact, a lot has been done to not just replicate what fans are familiar with from the original game, but enhance it by taking advantage of the new medium. Most noticeable is the anime’s visual makeup, a highly stylistic blend of traditional animation and CG, that comes together spectacularly.

The decision to replicate the game’s original thick-lined visuals gives the anime a distinct look that stands it apart from many other series airing in recent years, while the implementation of CG animation into the mix is generally strong. Some of the Noise, particularly the frog noise at the start of the episode, are noticeably distinct to the point of distraction, but the general look of the series helps the animation blend nicely into the rest of the production. It also allows for some particularly stunning 3D action sequences that never would have been possible in the original game or 2D-only animation.

Some purists may be upset to see some minor attempts to update the series to the times, with the look of Shibuya having changed slightly, while smartphones have replaced flip phones that were sooooo 2008. The more pressing issue, however, is the speed of the adaptation, which crams in a lot of content, arguably to the story’s detriment.

The World Ends With You makes the decision to speed through the first three days of the Reaper’s Game in episode 1 in just 24 minutes. While admittedly the tutorial day 1 and initial day 2 are short in terms of content, day 3 is initially far bulkier, and the three days come together to set in motion the story arc of Neku’s character as he learns to reach out and trust his begrudging partner Shiki. 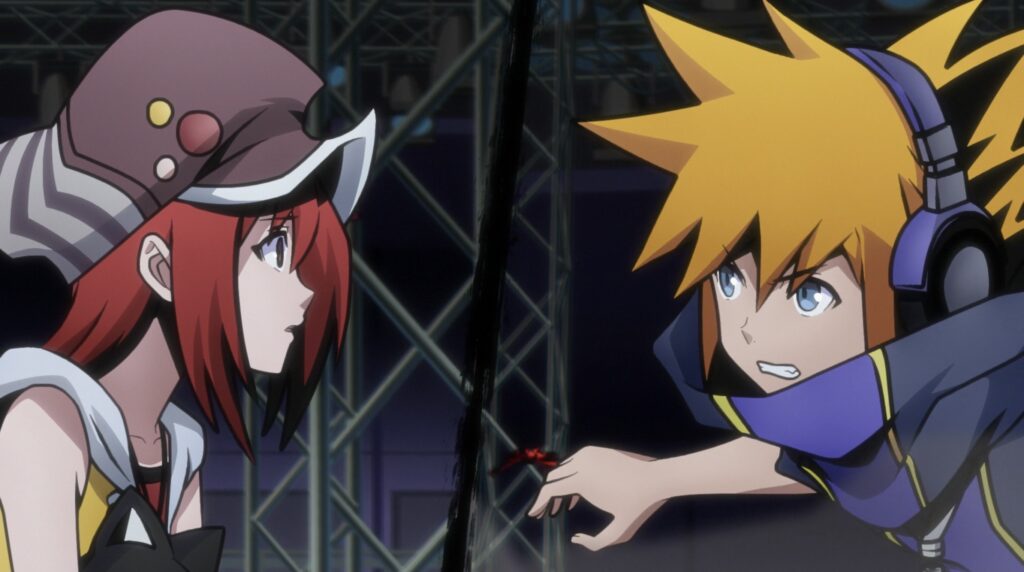 What we get is symbolic of a larger issue that appears to center the chain of events over the characters that made these events so compelling to watch, which doesn’t appear to benefit any of the potential audiences for the show. New fans will feel the series brushes over a lot of the character introductions and technical jargon as to how the Reaper’s Game works, while long-term fans like myself will be confused as to why pivotal scenes like Neko attempting to kill Shiki are brushed over in 30 seconds.

This isn’t to say the episode is bad. With incredible action sequences and overall strong animation, coupled with a strong core, episode 1 of The World Ends With You is still a fun romp, whether you want to know who Neku is for the upcoming sequel or simply want a refresher. But it doesn’t hide that things are being rushed in an attempt to cram a 20-30 hour experience into seemingly one cour, to the detriment of some of the character development and themes of overcoming of trauma and insecurity that made the original so beloved.

It’s still too early to say, but the jury is out on this undeniably well-produced anime as things stand.

The World Ends With You: The Animation is currently streaming on Funimation.