Square Enix has been on an uptick these last couple years, especially when it comes to releasing long-awaited new iterations of their fan-favorite franchises. Last year, Kingdom Hearts fans had their prayers answered when the third (main) game in the series finally got released. You hardly need us to remind you that 2020, with all its problems, saw the extremely good Final Fantasy VII Remake manifested into reality. We’re even getting some expansions into Dragon Quest: The Legend of Dai, a  Shonen Jump manga turned anime spin-off of Japan’s most cherished RPG that despite never being released in the west is some primo nostalgia fuel for many here. Because of the company’s recent track record, when something like a brand new The World Ends With You  illustration slips out, we have to wonder why. 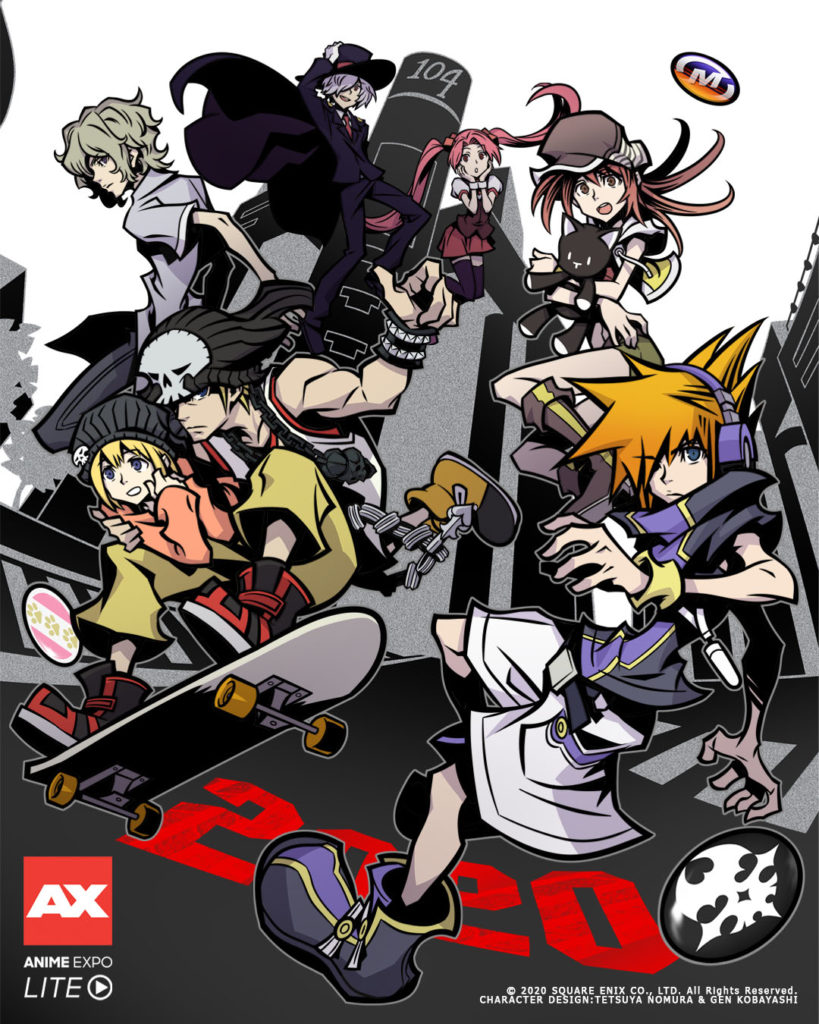 The image comes from Anime Expo, as they officially announced their ‘Anime Expo Lite’ digital event taking place in lieu of the canceled convention. They started in their PR email that this promo was going to be used as the cover of the program guide for the actual event, meaning this The World Ends With You promotion has been in the making for a long time. We’ll note right away that the two characters behind the main cast are actually Anime Expo’s mascots and not some franchise new-comers.

We wonder why The World Ends With You was chosen the represent a huge 2020 event. Don’t get us wrong, we love that game and it’s appreciated seeing one of JRPG’s most artistically ambitious projects get some love, but it’s a really something of a 13-year-old one-off cult hit. It’s hard to imagine TWEWY being made the centerpiece for the normal 150k attended Anime Expo if Square Enix wasn’t going to do something with the franchise again somewhere down the line. We note that this is all speculation and as of now, Square isn’t listed as an official participant for the con.

Anime Expo Lite will take place digitally on July 3 and 4.