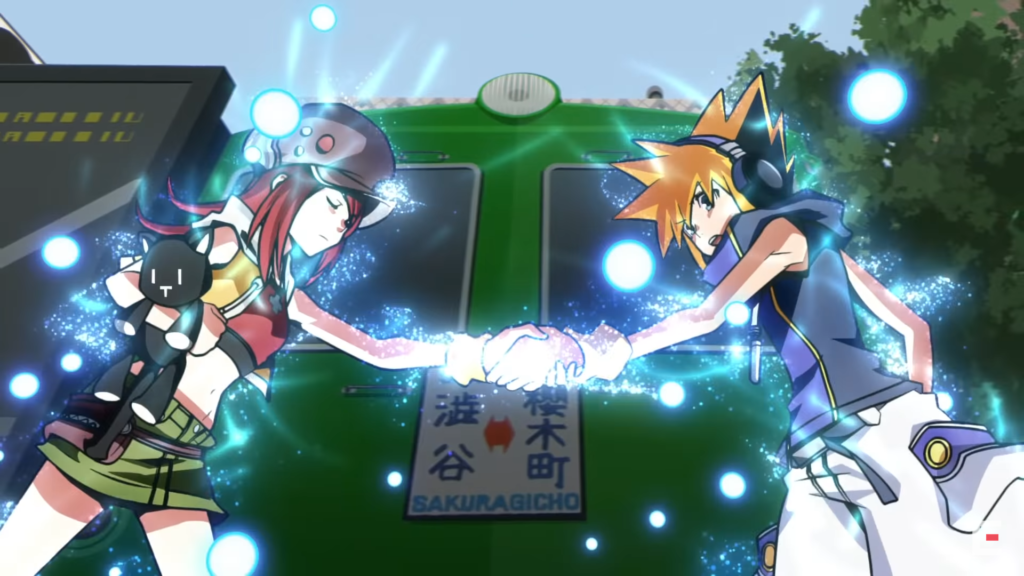 The World Ends With You anime announcement came as a huge surprise to everyone when it slipped out about a week and a half ago. We previously had some suspicions when, previous to that, Anime Expo revealed their main poster for their 2020 event would be new artwork based on the cult-classic 2007 game. Many guessed something had to be up, most hoping for a new game, but none assumed we were getting a TV animation out of hit. When first announced though, there was no trailer or preview images, only a notice saying more would be unveiled at the ‘Anime Expo Lite’ digital event. Now, the TWEWY Anime has a trailer.

A big worry from the fans after the initial announcement was wondering how well TV animation could capture that stylish and sleek style from the game itself? Tetsuya Nomura ran through a cool Japan filter. Well, at least going by the first TWEWY anime trailer, Domerica Studios and Shin Ei animation have figured something out! Yes, seems like the show’s entirely CG but through some modern cell-shading type magic the art style’s perfectly preserved and is looking good in motion. The backgrounds are in keeping with the game’s Pop too.

If you’ve never gotten to play the original The World Ends With You, this anime might not be a bad way to experience that story. While the modern mobile and Switch ports of the game look great and are definitely playable, lacking the innovative battle system only available on the original Nintendo DS version lessens that experience. The TWEWY anime looks like it’s going to tell the same story, and may take some opportunities to flesh some additional details out. We’ll have to wait and see, but the first trailer has us optimistic.

The TWEWY anime is set to hit airwaves next year, and we already know Funimation will be streaming it stateside.