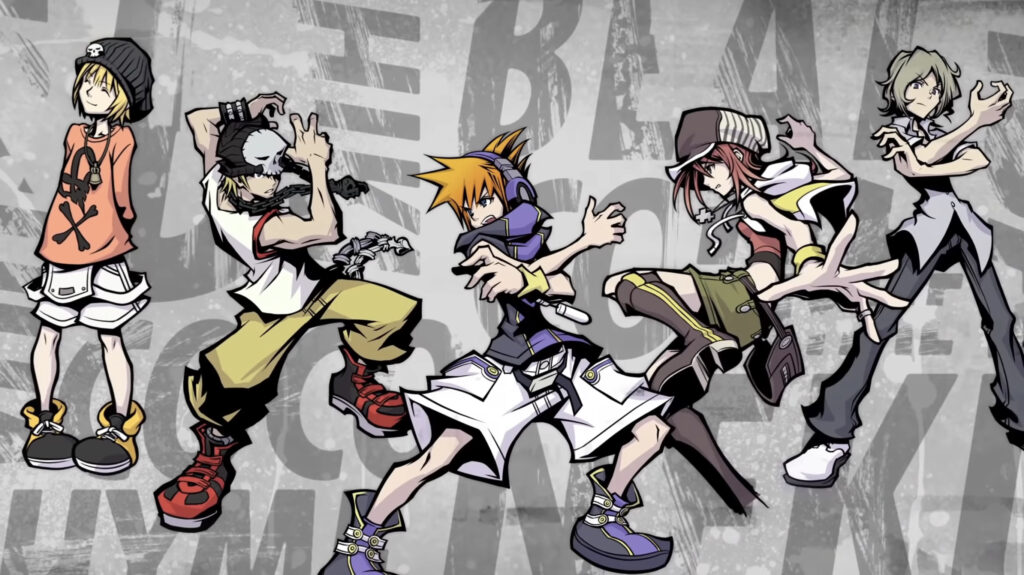 The World Ends With You may have captured the imaginations of those who came in contact with this oddball Square Enix RPG on Nintendo DS, but pinning down just what made the game so memorable is a more difficult question to answer. All the components of an enthralling and unique experience exist within its 30-hour runtime, which compels its recently deceased players to run through a Reaper’s Game in order to have a chance of returning from the Underground (UG) to the Realground (RG). Yet, to put The World Ends With You’s continued cultural relevancy down to this (or even the game’s unique dual-screen gameplay system) doesn’t quite answer the question.

In that case, why does a title released in 2007, a title which remained mostly untouched aside from a few ports and a cameo in Kingdom Hearts (until news of an anime adaptation and sequel), continues to inspire fans around the world? Taking advantage of the youth and counterculture of its Shibuya setting, the game embodies the turbulence of growing up and the difficulty of trusting others through the core of every mechanic, story beat and character in a way few titles, particularly in the JRPG genre, can match.

For anyone who’s ever been to Shibuya before, one of the first things you notice is the city’s unique electricity that is unmatched, even by other areas within Tokyo. I passed through the area many times during my 6 months in Japan in 2019, both for work and play, and that feeling never went away from the first time I was there until the very last. Perhaps most of all, the energy doesn’t come just from the mass of screens or people that congregate in Shibuya Crossing and outside the train station. Even small alleyways and hidden shops or live houses build a noticeable wave of excitement wherever you step.

Nothing is static, everything continues to evolve, and all of this is driven by youth trends and the younger generations of Tokyoites who swarm it. You have to keep up or you’ll drown amidst the ever-changing excitement of it all. 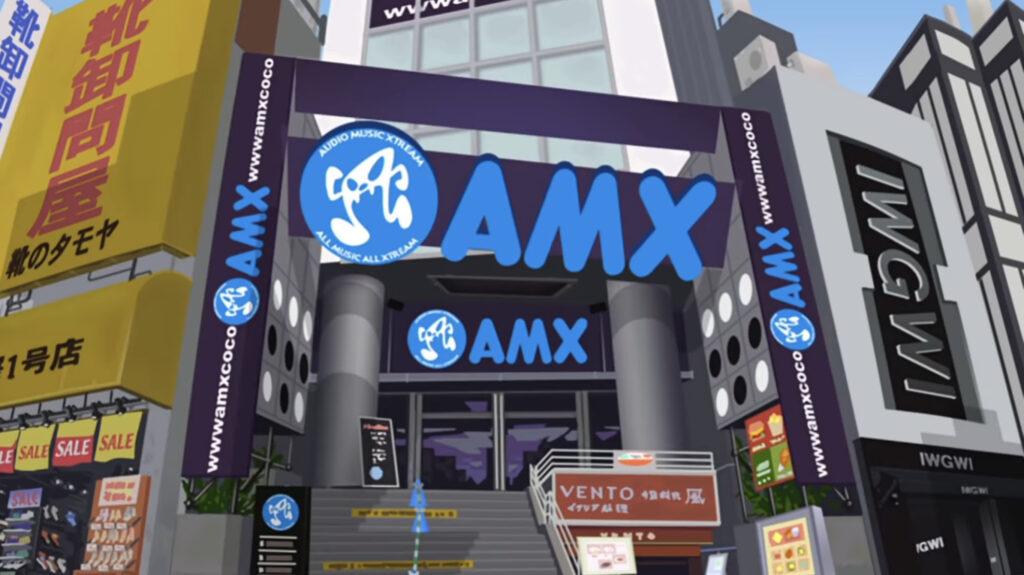 As such, Shibuya is a place unlike many in the streets of Tokyo: a place where the power rests not in the older generations but the young. Shibuya, in essence, is a blend of art, fashion, and culture driven by the trends of the youth, born and raised on the streets of the city itself. As photographer YONE noted in their interview with OTAQUEST, youth culture was defined in these areas of Tokyo because trends birthed here ‘had been created by their own rules with their own value’. There is an exchange of ideas in Shibuya that thrive because the rules and conventions of the older generations hold less sway.

Which brings us back to The World Ends With You. This game follows Neku, a guy who doesn’t understand others who gets thrown into a Reaper’s Game that gives the recently departed a potential second chance at life, without any memories of how they died. His attitude is that he doesn’t ‘get’ other people, and forming a pact with Shiki doesn’t immediately change matters, either. He has to work with her less he face erasure, but he isn’t happy about it.

Over the course of the game, Neku cultivates a bond with Shiki and meets people who challenge his ideas on life, and learning more about the circumstances of his death only challenge this further. At first, though, he cares little for the knowledge, feelings, and input of others, which admittedly makes him a little harder to like. 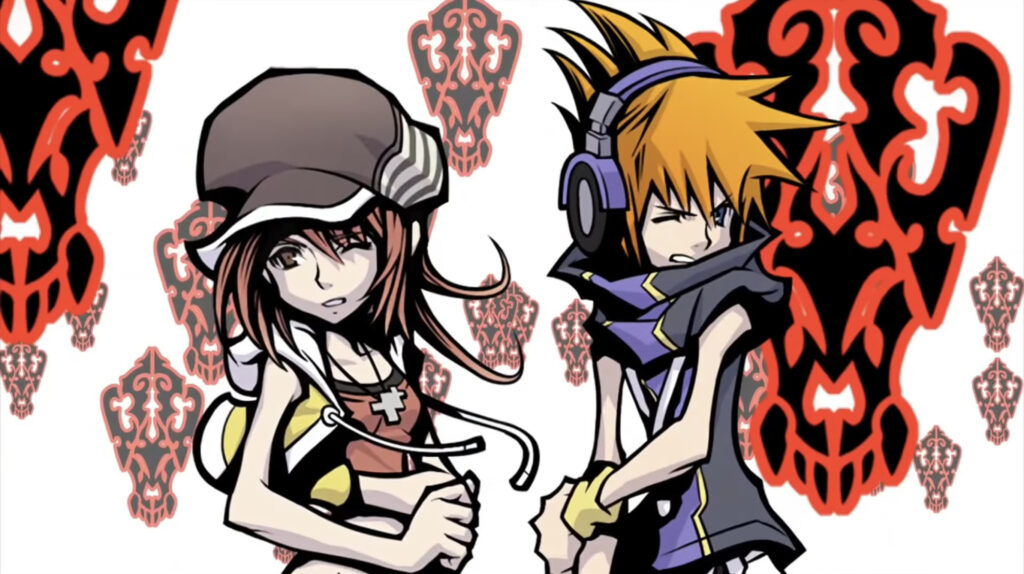 The Reaper’s Game set Neku and Shiki on a number of challenges around the city of Shibuya that they have to complete in order to have a chance of survival and one more shot at life. Each of these challenges embodies what Shibuya means as a place for young people to gather, symbolized by Hachiko, as well as its oversized influence on pop culture as it exists today.

Many of these tasks embody the youth culture core of the city. Gameplay sees you using pins to attack ‘Noise’, and these pins are popular in the RG as well. Pins can be strengthened by their popularity, while using a pin in the UG will influence its RG popularity. You act as a trendsetter and your actions allow Shibuya to evolve with the characters and story.

Gameplay and Story Combine in The World Ends With You 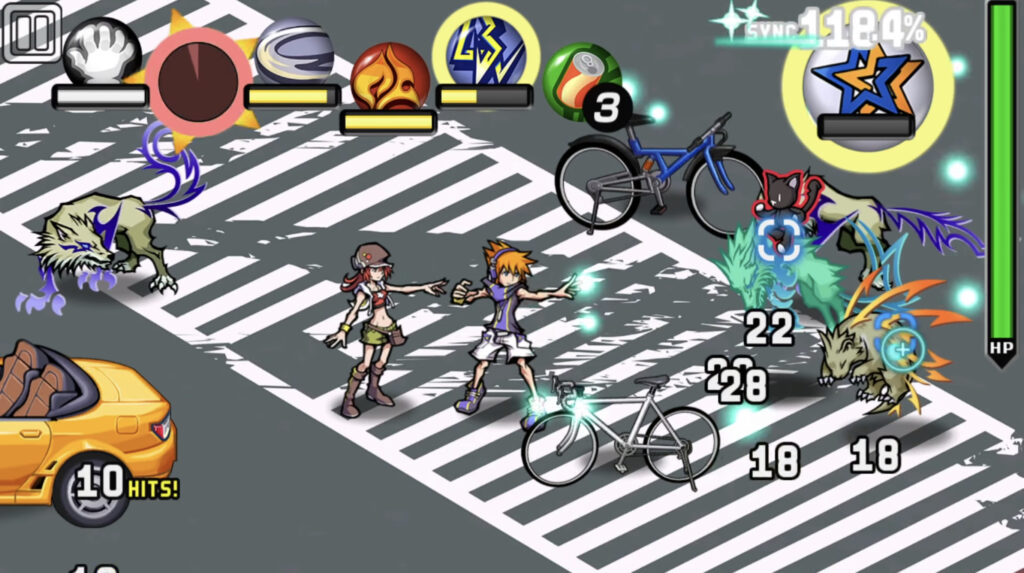 While I’ve leaned heavily into the cultural aspects of this game, the game is ultimately about self-improvement and our relationships with others. This core theme ties directly into Shibuya’s place in pop culture.

Gameplay sees the player controlling two players at once. On the DS, this is one on each screen, while it works a bit differently in other versions. It’s a complex system that takes time to get used to, but when you do, your characters become more in sync and stronger. It just so happens that your improvement comes at a moment where Neku begins to realize the true value of relying and forming connections with the people around him.

The game’s use of Shibuya isn’t just for show. Where it shines is how it brings the defining traits of Shibuya and combines them with this gameplay to analyze our link between the culture around us and the connections we form with others. Many of the secondary storylines comment on how culture can’t be separated from the people who introduce us to them and the people we meet because of them. Even mostly inconsequential mini-game Tin Pin Slammer, a hit with the kids, can’t be separated from the friends who compete together in pin-bashing tournaments. 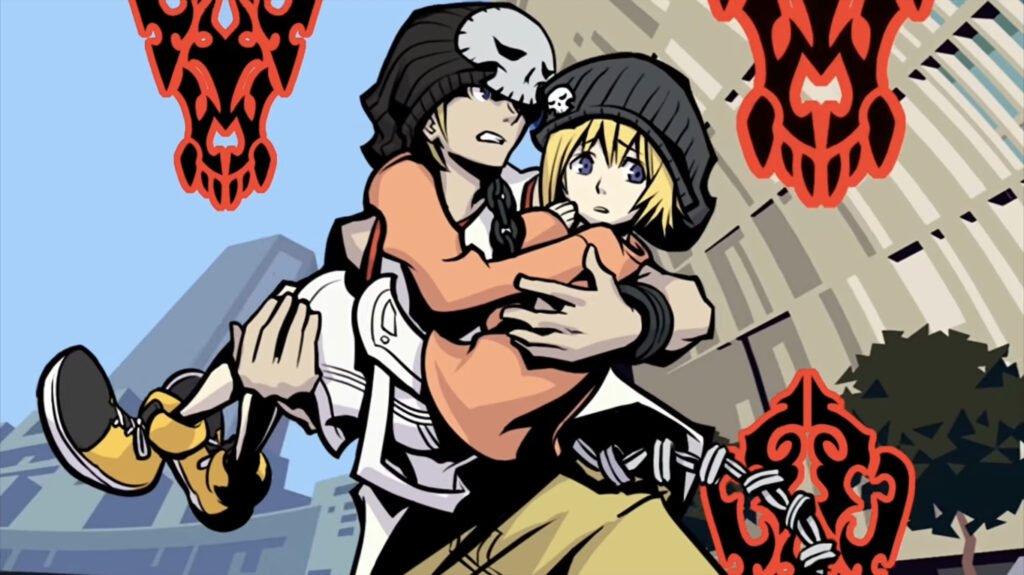 While I don’t wish to go too heavy on specific story moments here for those who may not have played the title before, the arc of the story and how it embraces and expands on these ideas is where the game truly shines. While the story may explore the link between our relationships and the culture we consume, in both good and bad ways, its moral and emotional core comes from how Shibuya’s scale is only matched by the scale of the characters’ self-doubts that they need to overcome.

The one thing tying all the characters in the Reaper’s Game together, particularly Neku and Shiki, is that they’re searching for themselves amidst the sea of noise that Shibuya represents. Just as much as Shibuya is a bustling place full of exciting culture and creativity, it’s a place that you can easily get lost in trying to keep up, to the point that you lose sight of the person you are inside. This is particularly true for Shiki, but even part of the reason Neku closes himself off to others.

Finding yourself may help you find renewed direction and a passion for the future of something you truly care for. It helps you find a way to ground yourself amidst the ever-changing cultural zeitgeist that is Shibuya by latching onto the people you care about, as you explore the craziness of everyday life and the uncertainty of the future. I can’t wait to see the sequel exploring these ideas further.

The reason this game is memorable is that the world DOESN’T end with you. The prevailing message of The World Ends With You is that you can’t stay alone forever, and that the person you are and become is defined by the people you meet and what you share with others. Just like its setting, the game embodies the cultural excitement of its hometown, balanced with the need to not lose sight of the people around you in the process.

The world BEGINS with you. The world begins with hope.