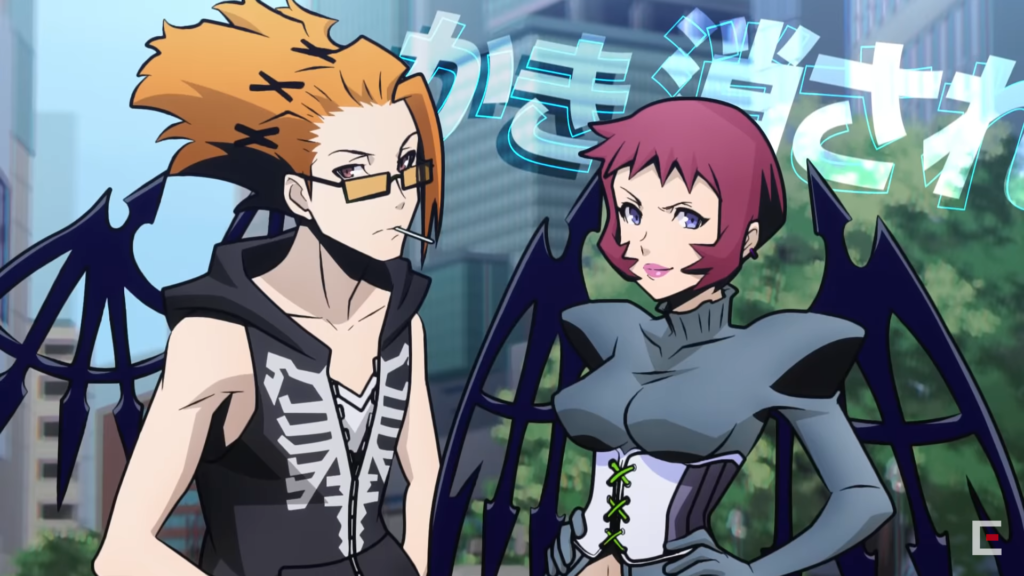 If you would have told us this time last year that in one year’s time the resurrection of the great cult-classic The World Ends With You was nigh, I’d have said ‘I refuse to believe again.’ However with the anime adaptation out the first week of April, and actual footage out of an entire sequel game, some sort of Square Enix grand decision maker finally decided to throw us all a bone. Being a 14-year-old franchise though, getting new fans into the mix might take a little more extra convincing than just having a bunch of 30 years fondly reminisce about a 2007 Nintendo DS game. Tapping Ali, who gave us the ever listenable and officially parodied ‘Lost In Paradise’ from Jujutsu Kaisen, and rapper R-Shitei, from the increasingly popular oddity Creepy Nuts, to whip up ‘Teenage City Riot’ no doubt is what you could call a power move.

We’re of two different minds when it comes to ‘Teenage City Riot’ by Ali featuring Creepy Nuts’ R-Shitei. As for the song itself, it’s a total jam! Lots of color of energy coming from its tight package, and we do love that the name calls to the legendary digital hardcore unit Atari Teenage Riot, whether that’s intentional or not. Grabbing Ali, fresh off their hit Jujutsu Kaisen banger, and Creepy Nuts, who’ve grown quite the following, makes a whole lot of sense. However, The World Ends With You has a very specific sonic palette and with the show going so far to keep the visuals of the game intact, having an opening that doesn’t sound straight out of the game feel a little off. You could’ve had R-Shitei on a ‘Twister’ type beat for maximum effect that was a bit more in keeping with what people love about the game. Maybe I’m just being a cranky old fuddy here, because the track goes.

The World Ends With You the Animation, kickstarted each week by ‘Teenage City Riot‘, drops on 4 April.