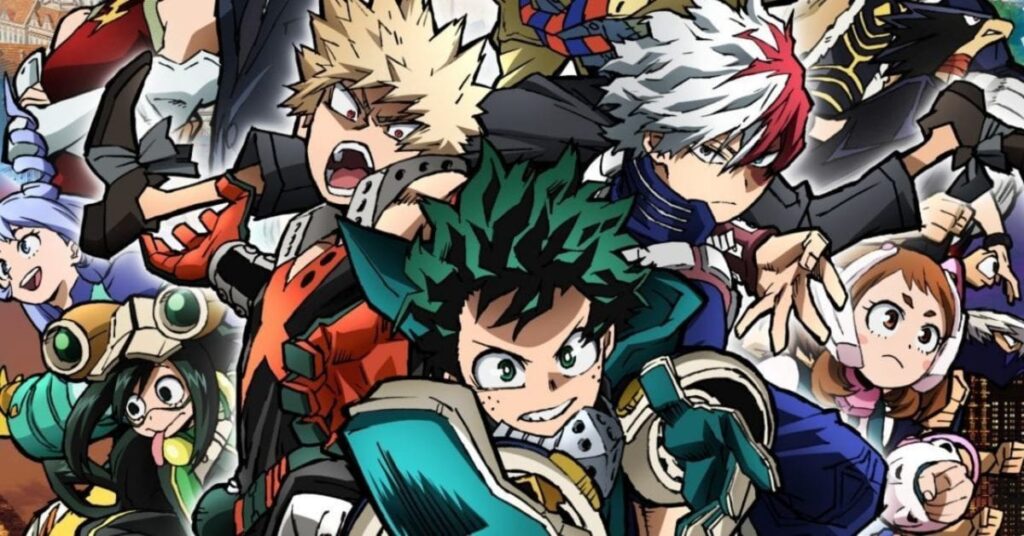 I haven’t heard the name ASIAN KUNG FU GENERATION in quite some time, but it was announced this week that they’ll be lending their their new song ‘Empathy’ to My Hero Academia WORLD HEROES MISSION.

There have been more announcements regarding My Hero Academia WORLD HEROES MISSION this week: On top of releasing a brand new trailer that features the new theme song by Asian Kung Fu Generation, a new character, who is the antagonist of the film, has been revealed. The official name for the character has been revealed to be フレクト・ターン which would romanize to Flect Turn, but this hasn’t been confirmed. He will be voiced by Kazuya Nakai, a voice actor who has lent his voice skills to characters such as Borma from Ghost in the Shell: Arise, Soma Schicksal from God Eater, and Roronoa Zoro from One Piece.

With My Hero Academia WORLD HEROES MISSION just around the corner, I think we’ll be seeing a bunch of updates surrounding the film leading up to the release.