From 1954 to King of the Monsters: The Themes of Godzilla 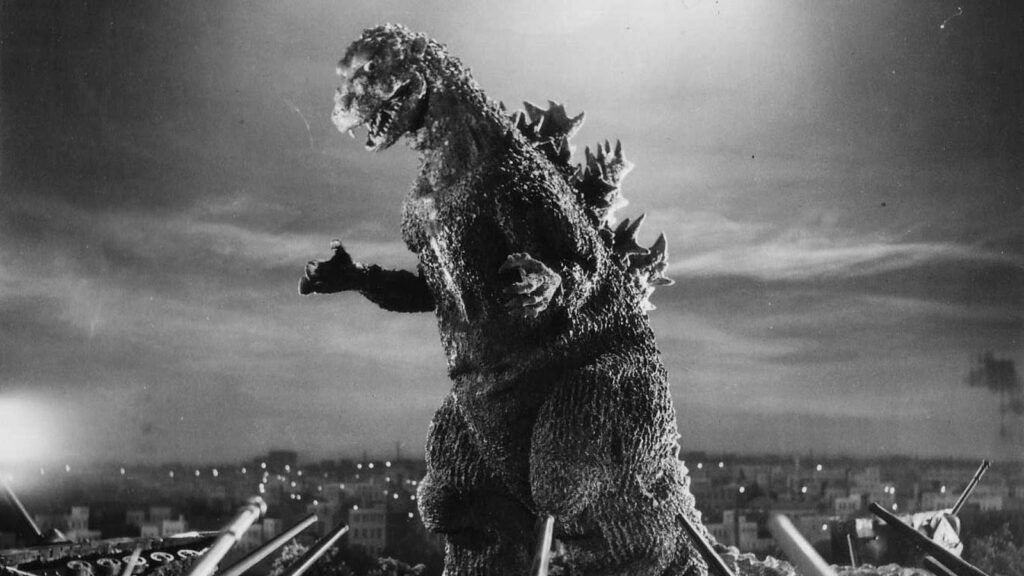 Everybody knows Godzilla. Even if you’ve never seen any of his thirty-six films since his debut in 1954, or why he’s fighting, you know Godzilla.

Godzilla is viewed by many as the beginning of both the kaiju genre (movies featuring giant creatures) and the start of tokusatsu (live-action work that uses a lot of special effects) in film. It’s not just the impact of the franchise by itself that matters, but its massive influence on other works is key in understanding why it’s so beloved 60+ years later.

Although there are key aspects that have stayed consistent about the character, its usage has not. Beyond fans having particular favorites among different eras of Japan, there is a distinction between the character and its portrayal. And I don’t just mean that when it comes to the difference between Haruo Nakajima’s costumed portrayal of the big monster and CGI.

Horrifying Symbolism in the Original and Shin Godzilla

It’s only appropriate that a conversation about this starts with the original film that debuted in 1954, Godzilla. In stark contrast to the slapstick and goofy nature of the many movies that followed it, Godzilla (1954) is a bleak metaphor for the threat of nuclear weapons from Japan’s perspective, which was all too familiar at the time.

The monster Godzilla does not portray a hero or defender of the earth as he would later, but instead acts as a violent force of nature. It even ends on a somber note, with the monster dead, but the main characters worried that another of his kind will appear again if nuclear testing continues. This ending message is transparent in its symbolism.

This symbolism can similarly be seen with 2016’s Shin Godzilla. Although other Godzilla films in-between would feature serious themes, none come as close to the original as Shin Godzilla. 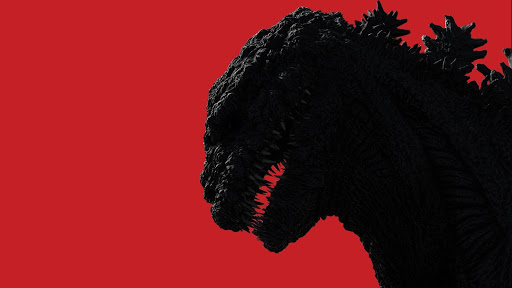 Inspired by then recent disasters in Japan, the film is a realistic look into the politics of dealing with disasters. It’s incredibly dry, especially by the standards of previous Godzilla films, and yet when the titular monster appears it feels like a horror movie.

This bleak horror isn’t prominent within the franchise. The popularity of Godzilla and the growing kaiju genre led to a younger audience. This would become the capital focus of later films.

To place perspective, the third Godzilla entry was the famous crossover film King Kong vs Godzilla in 1962. It features scenes such as Godzilla kicking King Kong repeatedly on the ground and King Kong shoving a tree down Godzilla’s throat. Oh, and the latter gains lightning powers.

It didn’t take long for the series to evolve into kaiju beating the tar out of each other. And eventually teaming up together to take down other kaiju like a poorly choreographed amateur wrestling event.

But it also led to wonderful slapstick moments like Godzilla excitedly pumping his fist and delivering a gravity-defying dropkick. 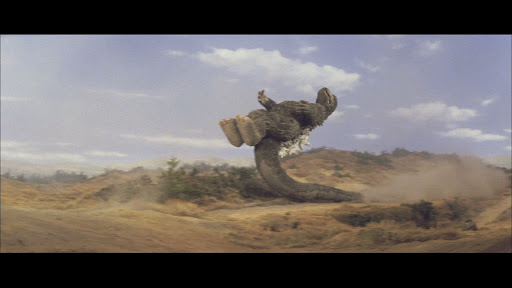 It truly looks even better in motion.

With Godzilla going toe-to-toe against these villainous kaiju, it wasn’t difficult to see the big monster as a hero of sorts. Even if many films would paint him as the ‘King of the Monsters’ that only fought to kill any would-be challengers, he was no longer a villain (bar a couple movies here and there).

Instead, the role had shifted to an antihero who protects the planet.

As the series went on, the slapstick action changed to more visceral action. Comedic dropkick and boulder throwing were replaced with various beam attacks or forms such as the popular Burning Godzilla. This version is perhaps best exemplified in the 50th-anniversary film, Godzilla: Final Wars.

Final Wars was led by a director who appreciated the kaiju-fighting action of the series, and it certainly shows in his entry. Although it’d be critiqued for the short fight scenes (among other things), it’s understandable when you consider that the film celebrates the history of the franchise by shoving in 14 monsters, including favorites such as Rodan, King Ghidorah, Mothra, Gigan, and Anguirus.

It even takes a swipe at the American 1998 Godzilla movie with a monster named ‘Zilla’, who is quickly dispatched by Godzilla within 20 seconds.

The Western Movies: Putting the God in Godzilla

Speaking of the American movies, it’s important to mention those as well. The American-made movies tailor themselves to epic action and to presenting an awe-inspiring version of Godzilla.

The first Western-made entry would be released by Tristar in 1998 under the title Godzilla. This version of the titular monster is much different in design from any others, taking more influence from an iguana and a Tyrannosaurus Rex. Godzilla’s origin from nuclear testing is kept in, but he’s just a giant monster that’s endangering everyone. The overall quality of the movie led to critics and fans alike panning it.

The second American attempt would thankfully be more accepted. Released by Legendary Pictures in 2014 as Godzilla (the fourth to be titled as such), the film built up considerable hype with its teasers and trailers. It frames the creature as a primordial-like being of sorts, especially focusing on the ‘God’ in his name.

It’d be praised for the visuals, and especially the more traditional design of Godzilla. The action scenes would be praised, but also critiqued for ironically having so few with Godzilla in them. The writing and human characters would also be a big point of critique.

Its 2019 sequel, Godzilla: King of the Monsters, would manage to build up even more hype. Even before its incredible trailers came out, Legendary revealed that their ‘Monsterverse’ would include Kong: Skull Island and eventually lead up to a rematch between Godzilla and King Kong. King of the Monsters would be the final film before the crossover.

It would mostly manage to improve on the faults of its predecessor. The movie has incredible visuals, an expanded monster roster, and far more time spent on kaijus fighting. A big critique would still be centered around the human characters though.

The Return of Godzilla and King Kong

At the moment there’s only one confirmed work in the future for the franchise, which is Legendary’s Godzilla vs Kong. The crossover movie is set to be released on 21 May 2021 and I couldn’t be more excited. While I likely wouldn’t complain if it had one, I’m not expecting a deep meaning attached to this movie.

I’m expecting to see a giant gorilla fight a giant lizard monster. This is going to be like Star Wars or Jurassic Park: a movie filled with incredible visuals that I can just relax and watch while eating popcorn. That’s exactly what kind of Godzilla movie this will be and I’m okay with that. 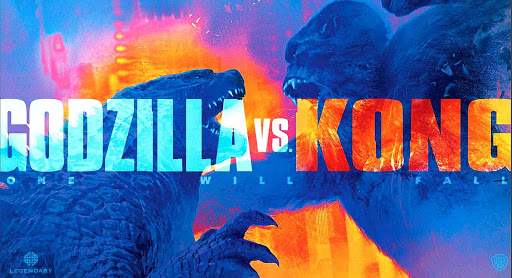