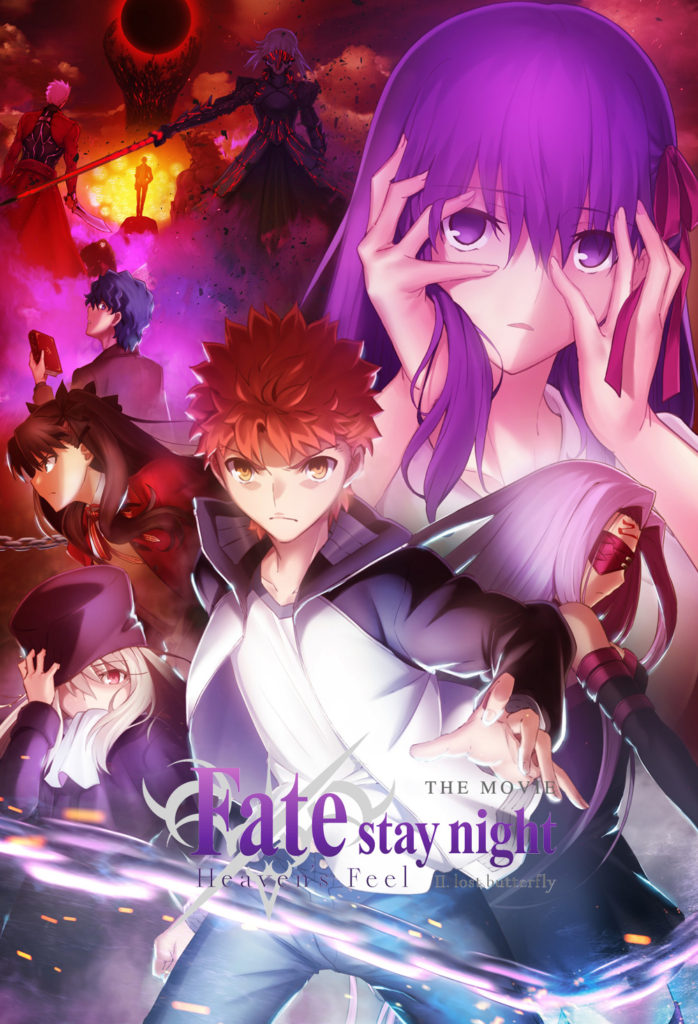 Studio ufotable’s second movie in it’s Heaven’s Feel trilogy finally opened in Japan last week to rave reviews and huge box office success, reaching number one in it’s opening weekend with ease and far surpassing the first film’s sales. It also managed to solve a long-running debate in the fandom, at least to some extent. No wonder, then, was ufotable keen to begin building hype once more for the third and final part of the trilogy, as they revealed it’s title and release date in a press release yesterday.

The title of the third film in the trilogy has been revealed to be spring song, continuing the nature theme of the previous two titles in presage flower and lost butterfly. The titles can also be said to mirror Sakura’s own character development throughout the arc, as she goes from a blooming flower to a more active butterfly, and then comes into her own when spring rolls around – in fact, the kanji for spring in Japanese is also used in describing “the flower of youth” or seishun, something which Sakura definitely goes through during the events of the arc. Since the third film will also be the climax of the trilogy, with all the most exciting set pieces most likely going to take place in that film, this could also refer to the “flowering” of the plot itself.

But enough speculation about the title – what’s more important is that along with the title, ufotable share the release date for this third and final film. spring song will launch in Spring 2020, so just over a year from now. This release windows obviously suits the title of the third film perfectly, but I can’t help but think this wasn’t the ideal release window for ufotable. The second film was actually supposed to launch in 2018, presumably around the same window of the first movie in October, but was delayed back in July to it’s eventual release this January. No doubt there was some issue in production that caused a delay, and perhaps this has had a knock-on effect on the third film. But then again, considering the fact that what is left for them to adapt for the third film is mainly action-focused, perhaps more time is needed for animation work.

Even so, spring song is set to release in an incredibly busy period for Japan. Not only will Tokyo be hosting the Olympics, but Hideo Kojima’s latest game Death Stranding has also been slated for 2020. What’s more is that the latest trailer for the final Evangelion Rebuild film also gives a tentative 2020 release window, and previous mass job postings by Studio khara only reinforces that. So the question begs itself – is Fate ready to go up against Evangelion? I suppose we’ll just have to wait and see.