Thomas Romain is a French animator who is most notably known for co-creating the hit television series, Code Lyoko, and his whimsical art.

Thomas Romain was born in August 1977 in France. He graduated from an animation school, Gobelins l’Ecole de l’Image in 2002 before he began working on Code Lyoko.

For those who are unaware: Code Lyoko was a show that aired from 2003-2007. The 97 episode series focused on a group of teenagers who would travel to the virtual world Lyoko and fight against an evil A.I. called X.A.N.A. that would threaten to cause problems on Earth. In 2012, a sequel series, Code Lyoko: Evolution, aired; however, Romain did not work on the sequel.

Near the end of the firstCode Lyoko series, Romain moved to Japan and began working on the French-Japanese series, Oban Star Racers.

Oban Star Racers was a 26 episode series that aired in 2006. It followed the story of a young girl who entered an intergalactic race to reunite her estranged family. In 2017, Romain teased that there may be a sequel for the series, but nothing was confirmed.

After the conclusion of Oban Star Racers, he remained in Japan where he developed his skills and became a notable figure in the animation industry. Like many foreign animators in Japan, Romain also loves anime. He is noted to be a big fan of the 90’s animes, such as Cowboy Bebop and Evangelion.

His love for anime led him to stay in Japan after the conclusion of Oban Star Racers. As a result, he met Shōji Kawamori, who is known for his work in mecha anime, and developed a relationship with him.

As a result, they created Basquash!, a show that revolves around a group of kids who play basketball inside mechs to make their dreams come true. As a result of the collaboration, he became well known in the animation business. This led him to work on many series such as Space Dandy, Cannon Busters, and Macross Delta in many different roles.

In 2018, he opened up his own studio, Studio No Border. His studio was in charge of animating Netflix’s Carole and Tuesday and is now in charge of developing a new game for Sony’s TOIO platform.

Despite all of these successes, Romain is more known for his whimsical recreations of his sons’ drawings.

In 2017, Romain posted a photo of his son’s drawing and his recreation of it. The internet went wild. Soon after, Romain began to post more of these images up on his Instagram. Once he saw the positive reaction to these images, he opened up a Patreon account for him and his sons. 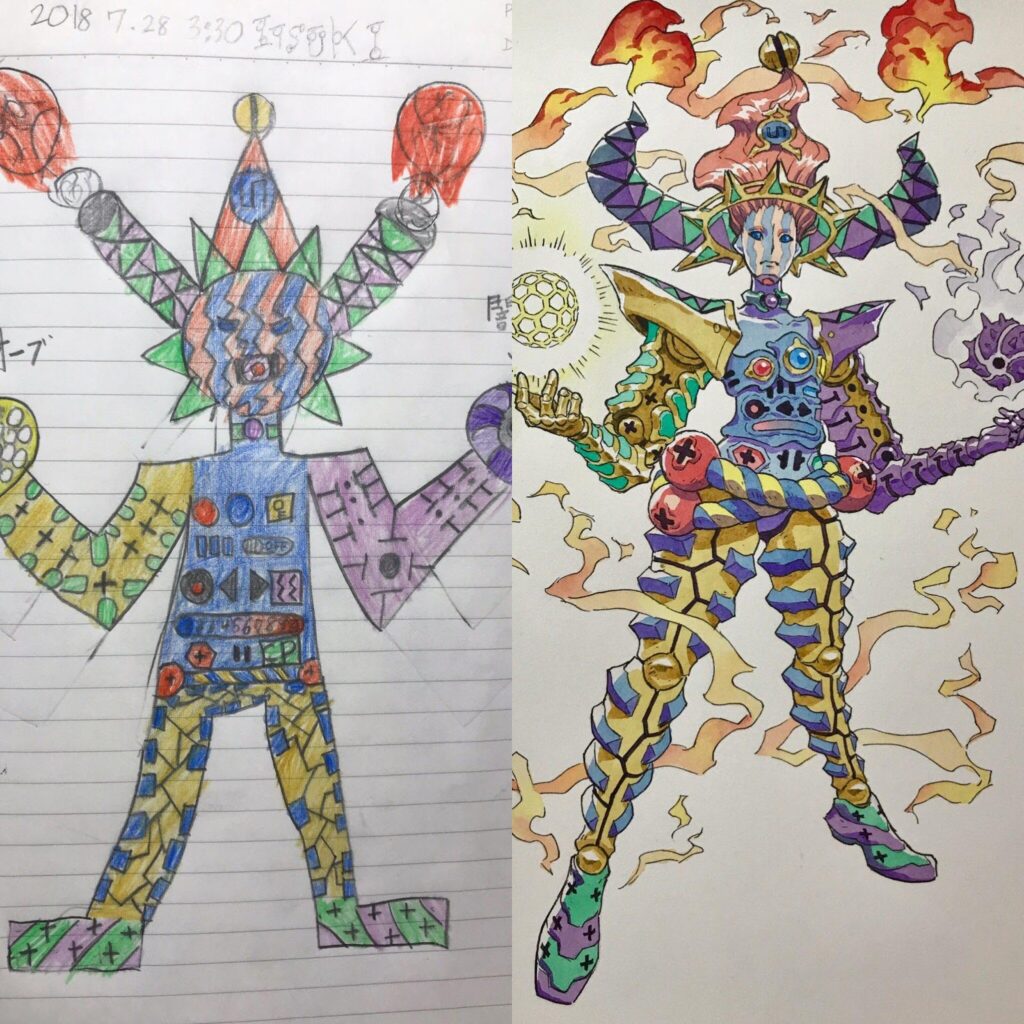 He also has a youtube channel where he shows how he recreates his sons’ drawings using watercolors. Romain states that doing these drawings allow him to grow as an artist and practice more traditional forms of art since he’s so used to working digitally. As Romain paints, he also gives viewers tips on what to do when using watercolors and different drawing mediums.

These projects allow his sons to explore their creativity. In addition, by doing these drawings, he feels like the bond between him and his sons grows stronger. He states that work can consume a lot of his time, so it is nice that he can share his passions with his sons.

Over the years, Romain and his sons collected a series of fantastic characters and decided to release a compilation book. 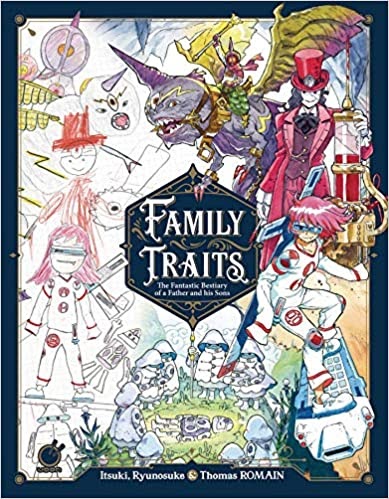 Their collection of artworks can be found in his art book, Family Traits: The Fantastic Bestiary of a Father and his Sons. This book was released in 2019. The book not only has drawings of the whimsical characters, but it also has commentary from Romain and his sons, Itsuki and Ryunosuke, rough sketches, and never before seen illustrations.

From Artist to Artist

As an artist, Romain hopes that their drawings inspire others to create their own artworks.

His creations have indeed sparked a creative bug in the masses. As a result, a lot of people have created fan art based on their creations. It has also inspired parents to follow Romain’s footsteps and recreate their own kids’ drawings.

Where Can I Support Romain?

You can buy Family Traits: The Fantastic Bestiary of a Father and his Sons on Amazon, Barnes and Noble, and RightStufAnime.

Japan’s Animation Industry Is Getting Serious About Hiring Foreign Talent