Those Who Hunt Elves Hilariously Breaks the Fourth Wall 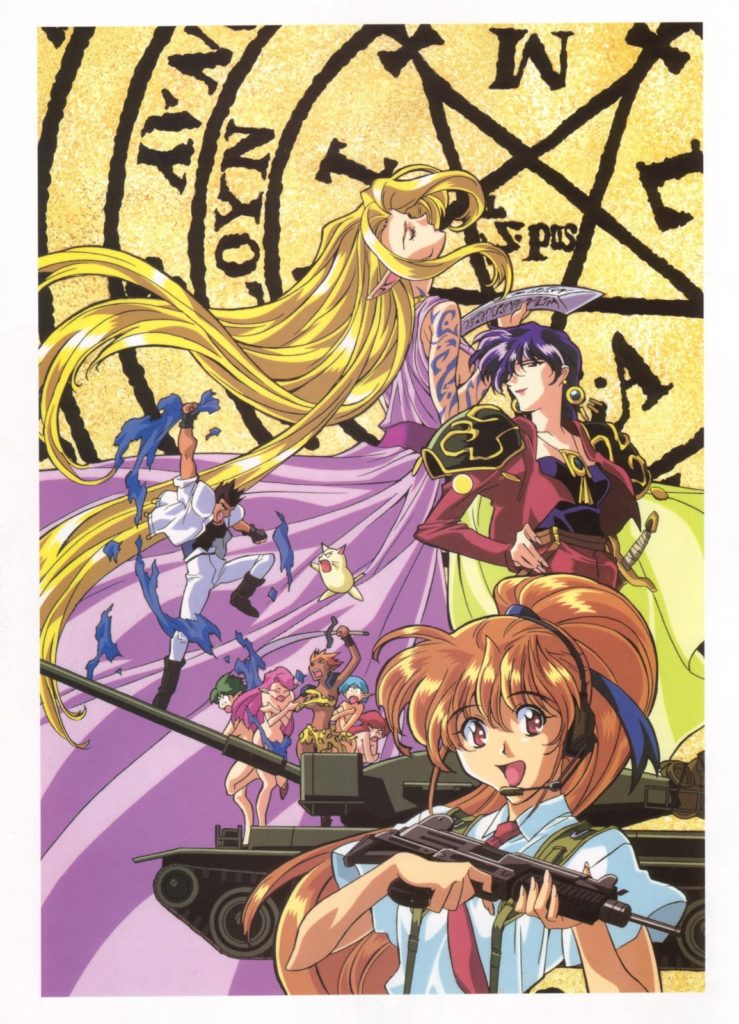 Fanservice can be a bit of a dirty word in the anime world. It can imply that a series relies on it for views, and is generally interpreted as a cheap excuse to see more of a popular character’s–ahem–assets. Whether you’re a fan of it as a device or not, it isn’t typically a vital plot point that drives a story forward. Stripping a character down doesn’t have much bearing on the plot. RIght?

Enter Those Who Hunt Elves, one of the best blends of lewd comedy, fourth-wall breaks, and high fantasy that the 90s had to offer. The creator of the series, Yu Yagami, is a true master of parody, weaving a story that is as gripping and engaging as it is silly and crude. This series is chaotic and absurd in just the right way, and perfect for anyone who likes cheap gags and bad puns.

While this series was, in my opinion, criminally overlooked, It’s never too late to expose yourself to it. It’s the best kind of binge-worthy content for when you need an anime antidepressant.

The Story is as Ridiculous as it Seems

The isekai genre has taken the anime world by storm in recent years. Normal people living normal lives with normal jobs being transported to another world filled with magic and adventure? That’s the perfect story for those of us looking for an escape.

In Those Who Hunt Elves, three individuals are magically transported from their native Japan to an unfamiliar otherworld. Obviously, the goal is to get back home, but when an elven priestess attempts a teleport spell, she is interrupted. This leads to the spell being shattered and spread across the world, and the three heroes must find all five of them to get back to Earth.

Where does the nudity come in? Well, the spell embeds itself into the skin of elves, a bit like tattoos. How else can you find the tattoos unless you strip those elves down and examine every inch?

While this all sounds rather indecent, the series makes more of a joke out of stripping elves, rather than making it smutty. When looking at the original English DVD releases, however, the more sexy plot point is front and center, with taglines like ‘Ready, Set, STRIP!’ and ‘Elf Stripping for Fun and Profit.’ Despite all of this, there is no complete nudity in the show, so no worries there.

Throughout their adventures, the trio becomes local celebrities known as ‘Those who Hunt Elves.’ While the titular elves fear their strange demands, they also make a job of fighting evil on their quest, traveling the lands in a tank that made the journey with them. Along the way, they meet fishmen who can’t swim, zombie terrorists, and evil cat spirits. Oh, wow.

The Original Manga is Over 25 Years Old

Those Who Hunt Elves premiered in 1994, and was serialized in Dengeki Comic Gao! This popular shonen magazine went out of print in 2008 but was previously known for a number of extremely popular titles, such as Burst Angel, Toradora!, Pita-Ten, DearS and Bludgeoning Angel Dokuro-Chan.

The original manga series continued until 2003 and was released in English in 2004. However, out of the 21 volumes eventually published in Japan, only seven were published by ADV Manga before the company went on hiatus. As of now, it sadly seems unlikely that the rest will find their way to bookstores in the west.

One more volume was compiled between 2007 and 2008, called Those Who Hunt Elves Returns. It was also originally published in Dengeki Comic Gao!

In January 2013, a new manga series Those Who Hunt Elves 2 was announced. It continued until 2017, with ten volumes being released before ending.

Back when ADV was at the top of the anime release game, I can remember seemingly every VHS tape having a preview for Those Who Hunt Elves. The theme song, Angel Blue by Naoko Hamasaki, along with the opening animation, had me chomping at the bit to order the tapes as soon as possible. (Yes, this was at a time when we ordered anime VHS tapes from a catalog. Thanks, Right Stuf.)

The original anime series ran during 1996 and lasted for 12 episodes, currently being released in the US by Sentai Filmworks. The show was animated by Group TAC, a Shibuya-based animation and computer graphics studio which sadly went bankrupt in 2010. Anime fans will know the company well, as being responsible for Flint the Time Detective, Grappler Baki, and Gilgamesh.

A second season of the anime premiered in 1997 and ran for another 12 episodes.

Kazuyoshi Katayama directed the series, known for directing The Big O and Appleseed. He also did the storyboard for Samurai Champloo and Tiger & Bunny.

One strange fact about Those Who Hunt Elves–it’s one of 38 anime and manga series which are banned in China as of 2015. I’m not sure of the reasoning, but it joins the blacklist with other popular titles like Attack on Titan and Death Note.

Where to Watch the Anime or Read the Manga

Sadly, the Those Who Hunt Elves anime series isn’t currently streaming on any platform. Though it was originally released on VHS and DVD by ADV, all 24 episodes are now available on Blu-ray released by Sentai Filmworks.

Though the manga was discontinued, the seven volumes which are available in English can still be found on Amazon, though copies are limited.