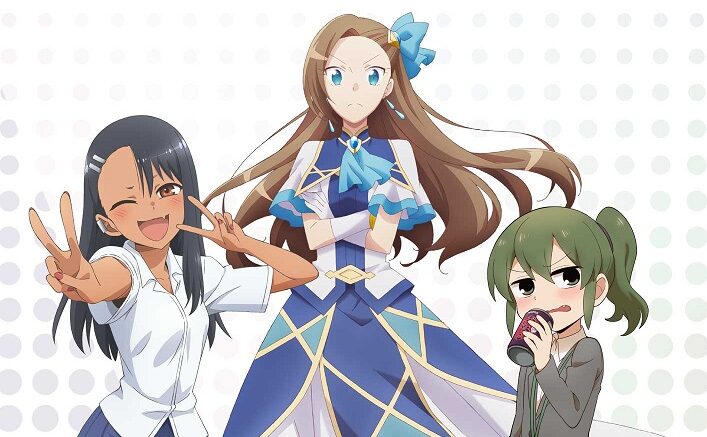 The heroines of anime My Next Life As A Villainess; Don’t Toy With Me, Miss Nagatoro; and My Senpai Is Annoying will join forces in a very ambitious crossover collaboration that will include a monthly yonkoma manga and ads featuring voice actors from all three titles. 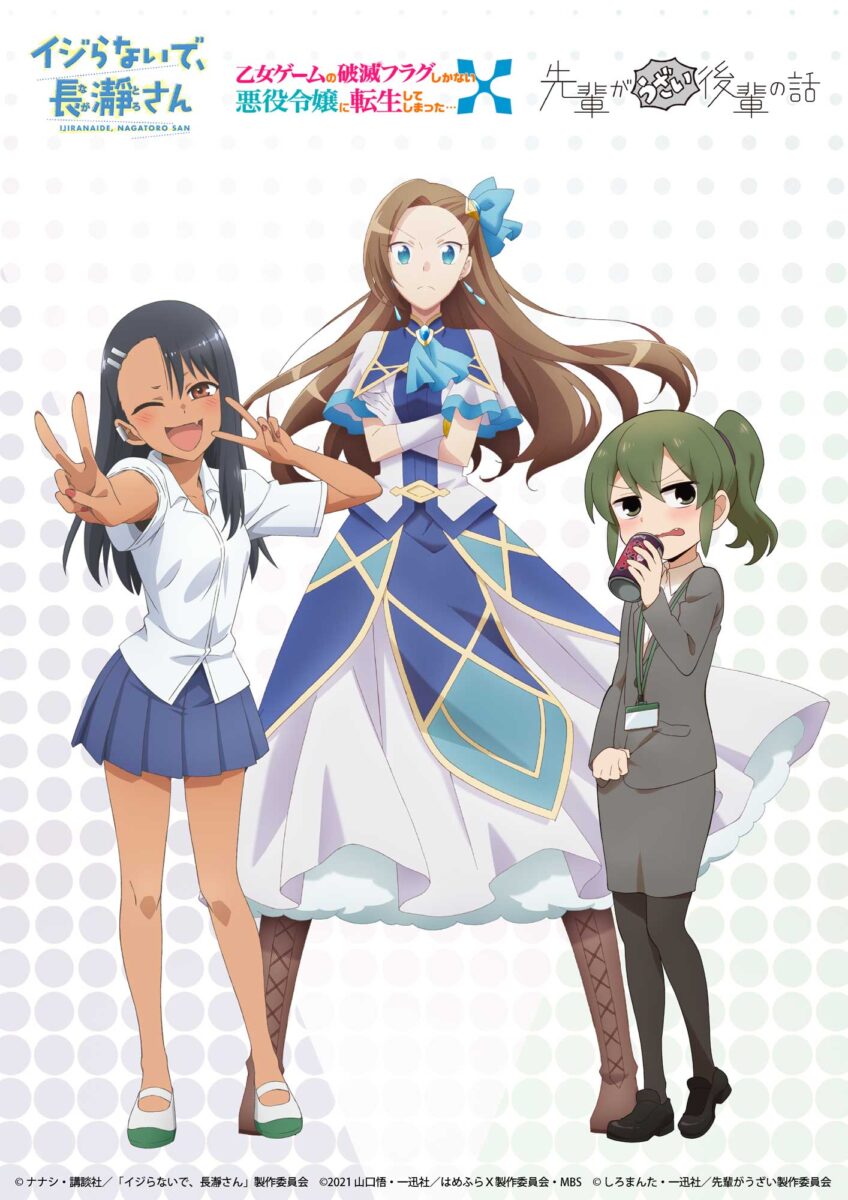 The 4-panel comic (yonkoma) should be interesting, given that these romantic comedy series have little in common. It is illustrated by Bcoca and will be published on the official websites and social media (@hamehura, @Nagatoro_TV, and @uzai_anime) of all three series. It will have six monthly chapters, with the first one coming on 28 May.

Catarina is an isekai heroine/ villainess; Nagatoro a high school student; and Igarashi works in an office. The poster really highlights this difference: Catarina looks much taller than the others, who are stockier and more cartoonish.

The yonkoma format is often used for gag spin-offs, so hopefully they will come up with something as imaginative as the concept sounds.