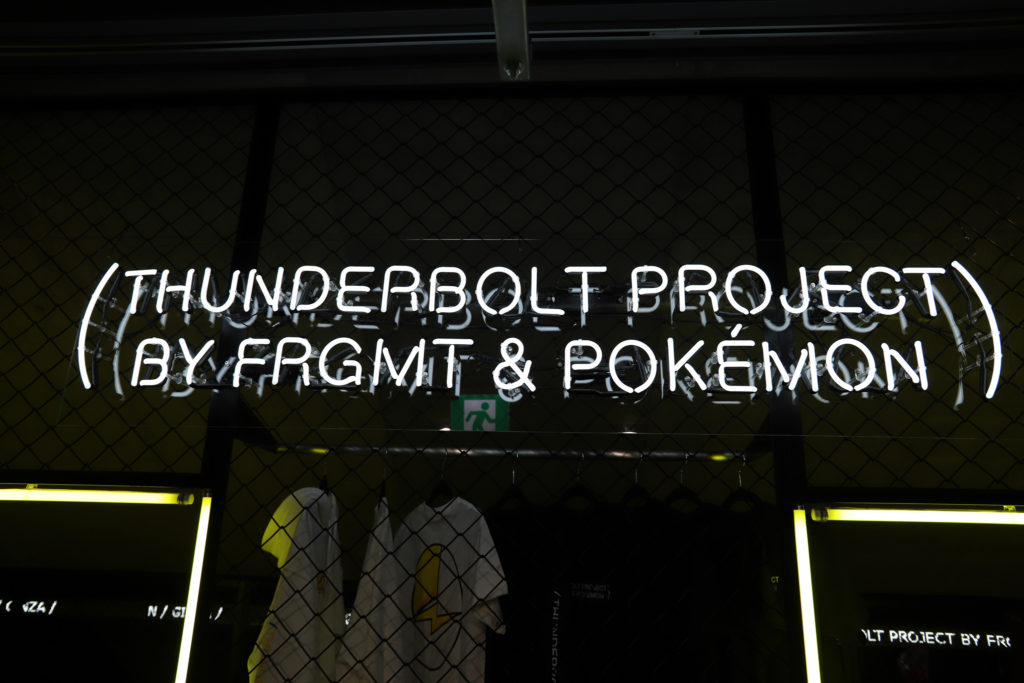 The Thunderbolt Project is one of many hyped collaborations for renowned designer Hiroshi Fujiwara and his label, fragment design, that has manifested over the last couple of years.

Known for his past partnerships with Nike, Levi’s, and Martin Guitars, among others, Fujiwara and fragment design took on Pikachu and friends for a Pokémon capsule collection that launched in October of 2018, but has plans to continue well into 2020.

Here, we take a look at the history of this partnership, its many releases, and where to find some of these one-of-a-kind items.

As reported by OTAQUEST in September 2018, the first item from the Thunderbolt Project dropped in October of that year as a part of Hypefest in NYC. Fans of Pokémon and Fujiwara’s streetwear style were treated to a few minimalist designs featuring the silhouette of Pikachu on black and white t-shirts and hoodies. 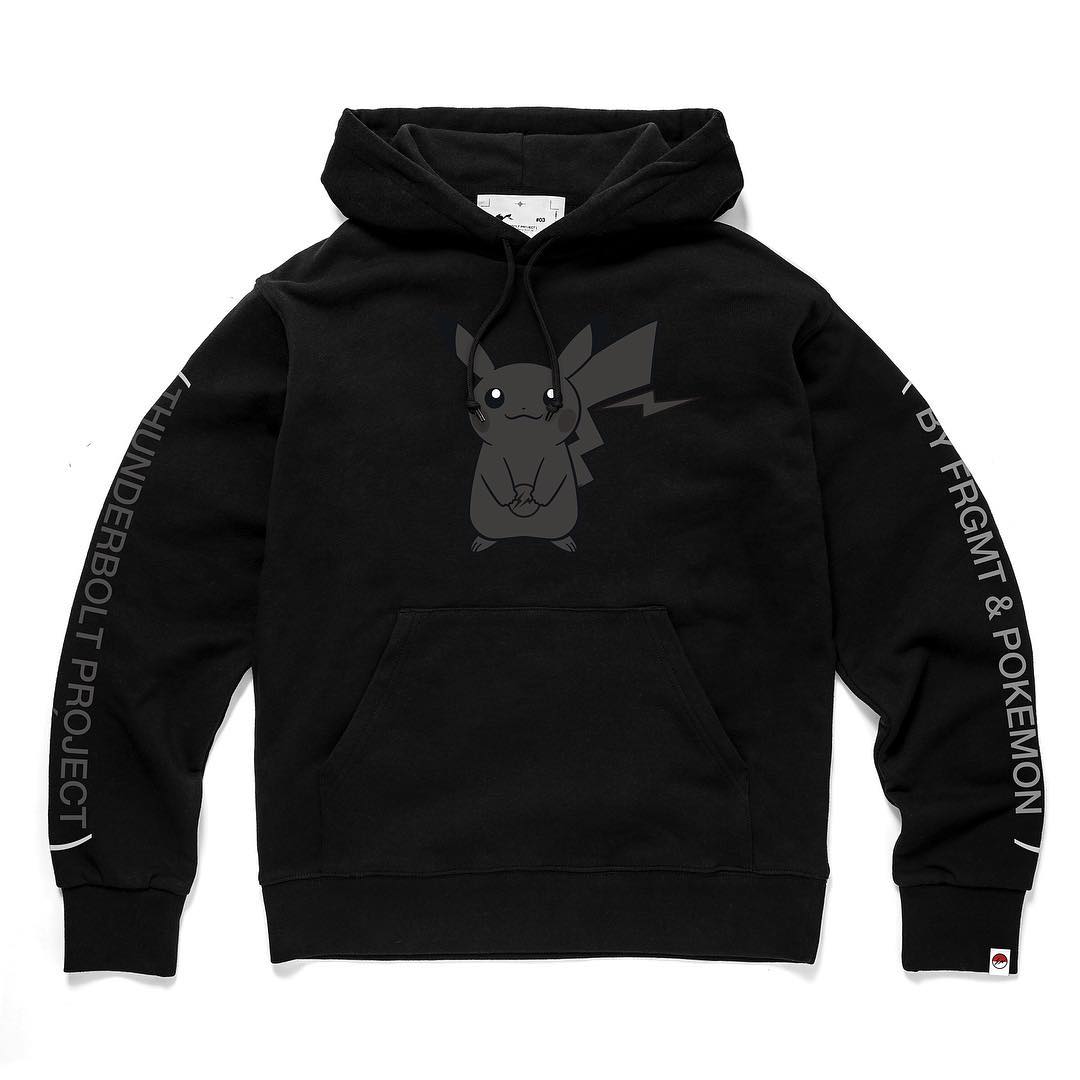 Fujiwara said, in an interview with OTAQUEST in October 2018, that he was initially inspired by the thunderbolt in Pikachu’s tail and its likeness to the fragment design logo when creating this collection. That simple tie-in between the two brands birthed a collaboration that has been going strong for nearly two years, and shows no signs of stopping.

Next came the experiential pop-up launch at Sony Ginza Park in November 2018, and the debut of the black plush Pikachu. Six months later came a wider release in all Dover Street Market stores, and DSM online, as reported by Hypebeast. Six months after that, the Thunderbolt Project had another resurgence thanks to POP BY JUN, as part of the renovation and reopening of the Shibuya Parco shopping mall in Tokyo.

The POP BY JUN event brought the release of the Thunderbolt Project-branded Nintendo Switch, as well as a furry plush Pikachu, a giant nanoblock Pikachu DX, and a small plush keychain collection featuring characters Pikachu, Eevee, and Mew. In addition, Fujiwara and fragment released 100 limited-edition SLR680 Polaroid Cameras. These hand-restored vintage devices are all unique, and sport the classic fragment black-matte finish.

Around this same time, the Thunderbolt Project expanded their reach even further into the Pokèmon empire by adding branded “clothing and accessories” to avatars in Pokèmon Go, as well as a special Pikachu in a Thunderbolt Project black hat that lucky trainers had the chance to catch.

For their fifth collection, the Thunderbolt Project focused on family and launched a men’s and children’s wear line featuring Pokèmon characters Mew and Mewtwo. This collection saw a re-release of previous items and designs and added colors, all in adult and children’s sizes, and was only available through retailer ISETAN SHINJUKU for two weeks in July of last year.

Fujiwara and fragment designs released a series of car tag air fresheners through online retailer retaW under the Thunderbolt brand. They then collaborated with design powerhouse Moncler Genius on a series of Pikachu-emblazoned outerwear, including a reimagining of the first hoodie design. Most recently, the Moncler Genius x Thunderbolt collab pieces were featured in Vogue as part of their coverage of Moncler’s Fall 2020 ready-to-wear fashion show.

What’s Next and Where To Find

A collaboration like the Thunderbolt Project is hard to nail down, given the number of collections and their releases (and sometimes, re-releases).

Though he mentioned in his interview with OTAQUEST in 2018 that the Project would continue into this year, Fujiwara has not released any further information about what is next for fragment design and Pokèmon.

The Instagram accounts for Fujiwara and the Thunderbolt Project don’t offer much to fans looking for updates, or sneak-peeks at upcoming releases; nor do they link to information on purchasing some of these sleek pieces.

Looking back at this timeline, though, it is exciting to think about what could come next from this partnership.

From streetwear to collectibles and toys, to father-son collections and gaming devices, there is no telling where this team might take the iconic Pokèmon characters and brand next.