We have talked about THUNDERBOX’s clothing recently, but we thought it would be fun to go into their collections that are inspired by video games.

Located in Nakano, this shop creates clothes for themselves and for the people who like them. Over the past decade, this shop has created clothes that were inspired by items in pop culture. This includes, and is not limited to, Sgt. Frog, Star Wars, gacha games, and graffiti.

However, there is a piece of pop culture that has continued to inspire people for generations: video games. While video games have inspired a variety of fashion trends, THUNDERBOX goes the extra mile and turns it into a bold statement in six different stages. 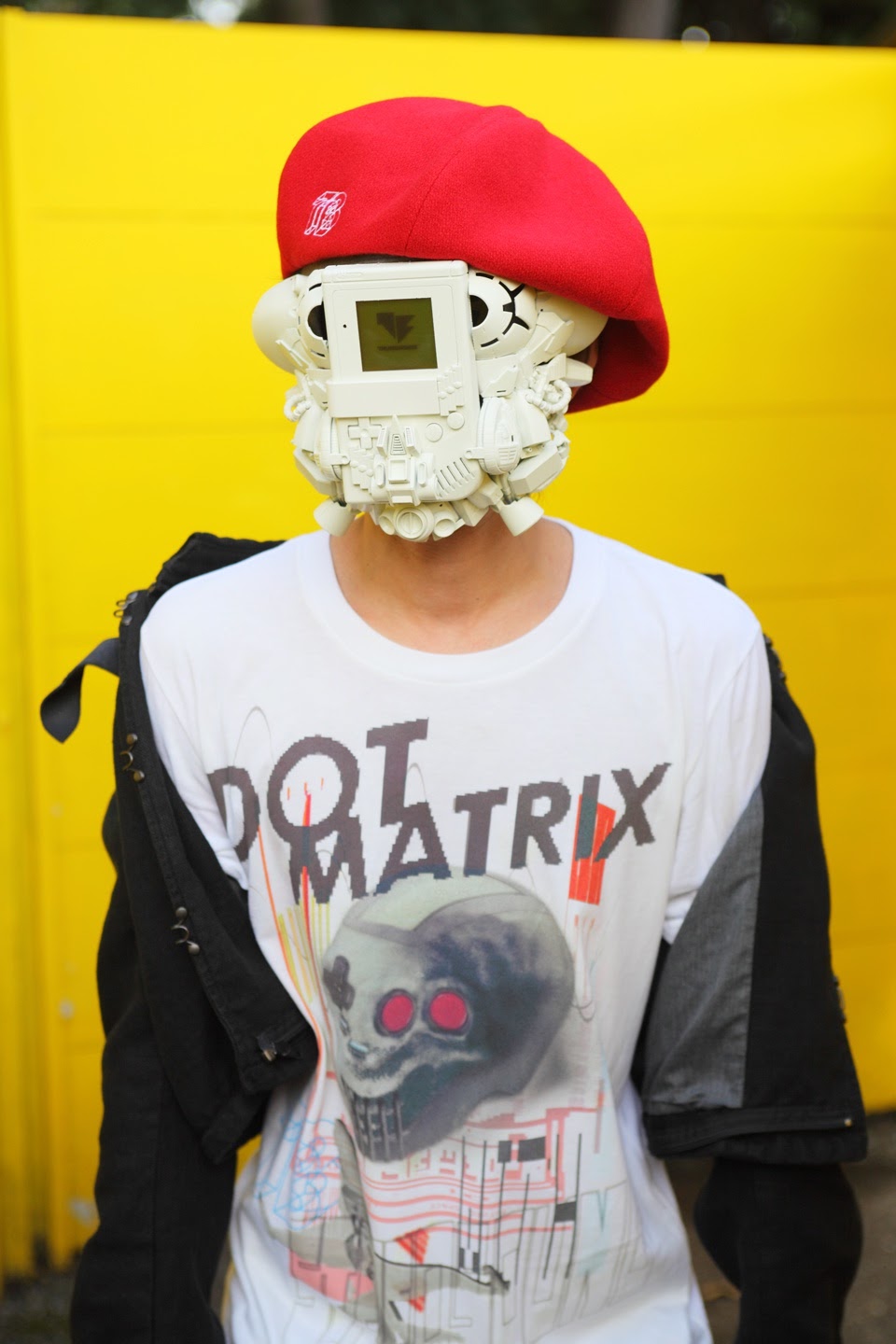 Case SHOTSHOT STAGE 1, is the first in a 6-part line that is inspired by the video game industry. STAGE 1 in particular, focuses on the classic NES.

The 4-piece collection features two designs, printed in white and black that pay homage to the NES system by fitting the NES remote onto a skull. While that sounds simple, the design itself looks like something out of Terminator, and it looks cool. 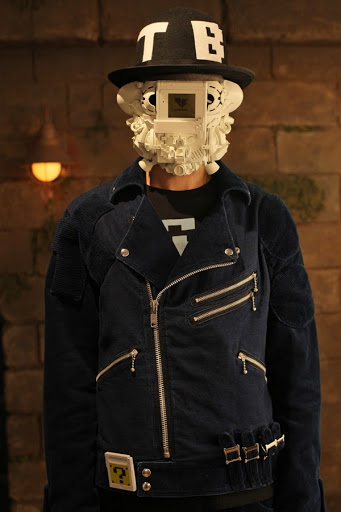 Case SHOTSHOT STAGE2 pays homage to the buttons on Nintendo systems. There are over 10 pieces for this collection. Instead of going over all 10, I picked out a piece that really stuck out to me.

This jacket may look pretty simple, but it’s complex. The jacket itself is fashioned to be a controller. The A and B buttons are on the left sleeve; the directional buttons are on the right; the start and select buttons are the two zippers near the heart; the speakers are the belts at the bottom.

This design is innovative, and it’s not obvious that it’s inspired by the controller. 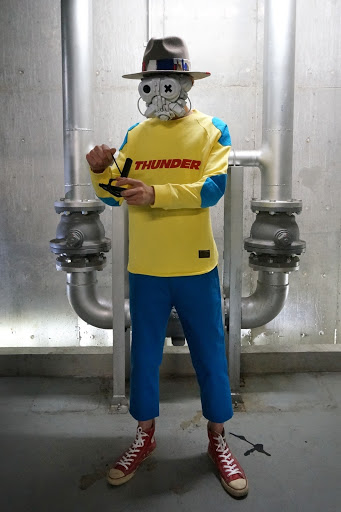 The Famicom Disk System was only released in Japan in 1986. The system is an 8-bit home computer and video game console that uses floppy disks to play games.

This line has multiple pieces that stand out, but an interesting piece is this sweater.

This sweater is dedicated to Takahashi Meijin, who was a giant figure in video gaming in the 1980s. He was notable because he was able to fire 16 shots in a second which made him a force to be reckoned with in Star Soldier. This sweater comes from the film Game King Takahashi Meijin vs Mouri Meijin, which he stars in.

While it does not pay tribute to the Famicom itself, this piece does an excellent job of paying homage to video game culture during this time period.

Case SHOTSHOT STAGE 4 pays homage to computer games in general in this collection. 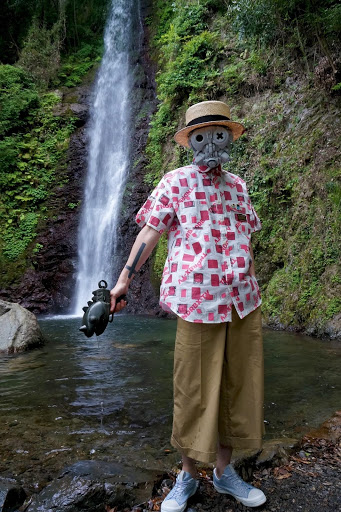 This shirt in particular, while simple, is pretty fun. The shirt itself is patterned by computers to indicate the rise of computer games.

Also, this photo features a Waganizer. A Waganizer is a toy from 1987 based on the game Wagan Land that was first released on the Famicom.

Together, gamers see the link between the computer and accessories.

The TECHNOS COLLAB serves as CASE SHOTSHOT PART5. This collaboration puts the spotlight on the Kunio-kun series which started on the Famicom. This series is still going today; the newest installment in the series Stay Cool, Kobayashi-san! A River City Ransom Story was released in November 2019 by Arc System. 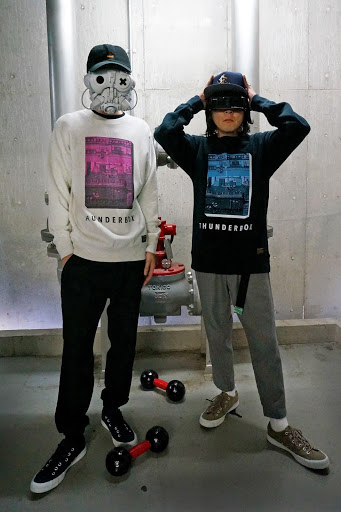 This line features a lot of images from the games on shirts. It also features a set of wooden keychains that have box art of some of the Kunio-kun games. It also has a pin set featuring an 8-bit Kunio punching his rival, Riki.

The most recent piece of this line is more modern than its predecessors, but it still stays true to paying homage to gaming culture. 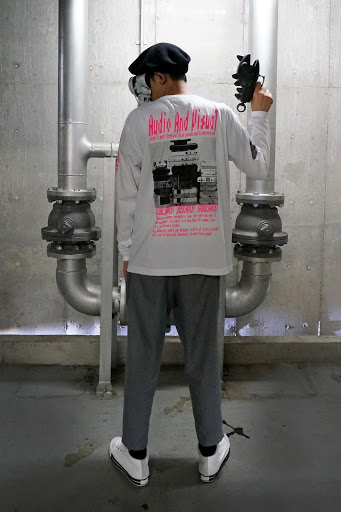 This shirt has consoles stacked on top of each other with text that encourages the furthering of the video gaming experience. It is a rather simple design, but it promotes innovation and the journey of finding new ways to game.

Where Do I Get These?

THUNDERBOX has an online store that has international shipping. While they do not offer items from the Stage 1 – Stage 5 collections anymore, you can buy stuff from their more recent collections. If you’re interested in the shop, you can follow THUNDERBOX on Instagram and Twitter.

Experimental THUNDERBOX vs HANDSUM Pop-Up is Coming to Nakano