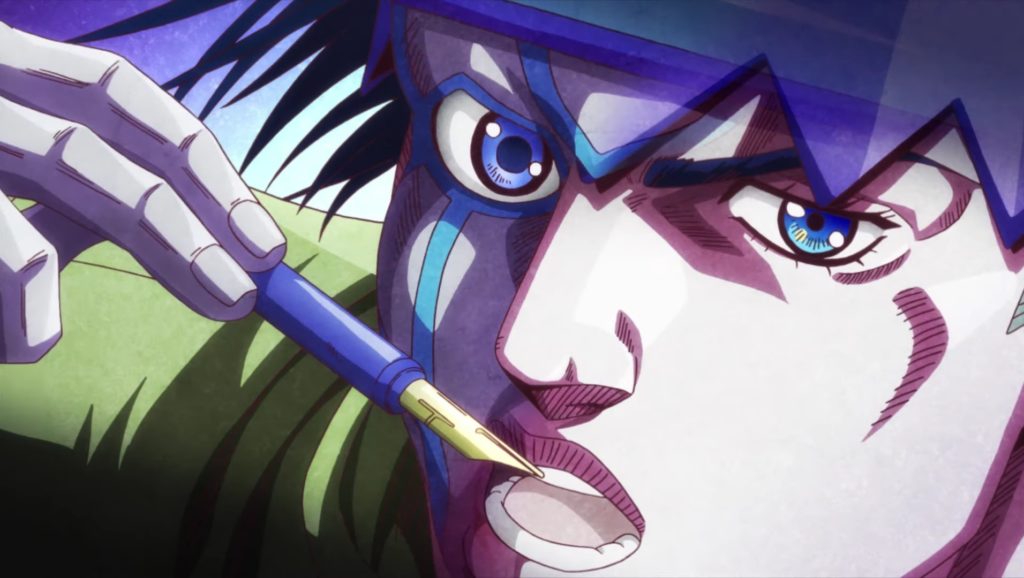 You didn’t think it was over, did you? David Productions may have only just finished up the anime adaptation of JoJo’s Bizarre Adventure: Golden Wind to rave reception, but the JoJo party is far from over. Aside from the myriad of events set to take place this year, it turns out we’re also getting two new Thus Spoke Kishibe Rohan (Kishibe Rohan wa Ugokanai) OVAs this year – and we couldn’t be more excited.

Announced alongside a new PV via Warner Bros.’s official YouTube channel, these two new Thus Spoke Kishibe Rohan OVAs are set to adapt episode 16 and episode 10 of Hirohiko Araki’s original one-shot manga series, those being “At a Confessional” and “The Run.”

If you’re a little confused at the numbering, then don’t worry – I was too. As it turns out, the original Thus Spoke Kishibe Rohan one-shot manga series has been numbering it’s chapters out of order since it began in Weekly Shonen Jump in 2013, beginning with episode 16 and the latest chapter being numbered as episode 10.

That being said, the two new Thus Spoke Kishibe Rohan OVAs will be returning to a somewhat normal order when they release later this year, as they will be adapting the first and last (for now) chapter of the original one-shot series, those being episode 16 and episode 10.

In any case, JoJo fans across the world are no doubt excited to see the return of Hirohiko Araki’s self-insert character in these two new OVAs. Not only because the character of Rohan is so iconic and compelling, but also because Araki has been using the one-shot series to explore some really cool concepts in the world of JoJo’s Bizarre Adventure, such as spirits and yokai.

The latest two Thus Spoke Kishibe Rohan OVAs will premiere in Japanese theatres across the country starting this December. Each screening will also be followed by a talk show with Rohan’s voice actor himself, Takahiro Sakurai (who also voice Golden Wind’s Bruno Bucciarati in the 2002 PS2 game of the same name, coincidentally).

As Sakurai said in his comment, JoJo fans definitely aren’t going to want to miss this one. Don’t hesitate to head over to the anime’s official website for details and tickets as they go on sale this October.