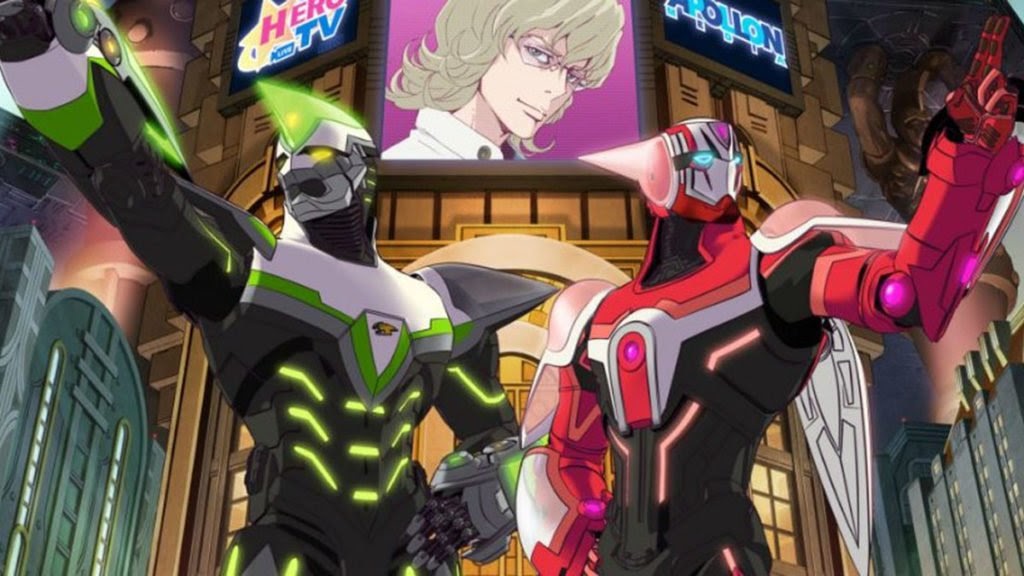 A 2017 television broadcast on Japan’s NHK network celebrated a century of anime by asking fans one simple question–what’s your favorite anime of all time? I’m not sure what I expected to win, but it certainly wasn’t Tiger & Bunny. Not because it’s a bad show–quite the contrary, I’d put it in my own top ten list. But with 10,000 series on the list of possible winners, who would expect this 2011 series to decimate all of the others?

It’s hard to believe that the series is almost 10 years old.

Its momentum hasn’t slowed, however, since we’ve finally been promised a season 2–premiering in 2022. Given how 2020 has been going, it feels like we’ll never get there. At the same time, it’s nice to have something to look forward to. Anything to meet our favorite heroes again, right?

In 2012 and 2014, we were lucky enough to get two films, Tiger & Bunny: The Beginning and Tiger & Bunny: The Rising. The latter takes place after the anime finale, so it was nice to get a new story. Who knows what season 2 will bring? Details are still scarce, but you can bet we’ve got our ear to the ground waiting for new info to emerge.

If you’ve yet to experience the series, it’s the perfect time to get caught up before 2022. If you’re a fan of superheroes, capitalism, and corniness, you’ll be a fan.

Heroes Branded with Corporate Logos Compete for the Top Rank

Nearly five decades prior to the anime’s start, individuals possessing superhuman powers suddenly appeared. Many of these people, called NEXT (Noted Entities with eXtraordinary Talents), decided to use their powers for the greater good, becoming superheroes to help those in need and apprehend criminals.

That’s simple enough, but here’s the twist. Each of these superheroes has a corporate sponsor, with many of these sponsors being those found in our world–from Amazon to Pepsi. (If you watched the series on Netflix, you probably realized that the logos had been removed.)

Each act of goodness is broadcast on a popular TV show in Sternbild City, titled Hero TV. Depending on the act, points are awarded, and at the end of the season a winner is crowned the ‘King of Heroes.’ Simple enough.

When heroes Kotetsu T. Kaburagi and Barnaby Brooks Jr. start working together, however, things become a little more complicated. The two don’t get along, but their troubles run far deeper than that, as Barnaby is on an undercover search for the person who murdered his parents. Add to the mix a NEXT with a penchant for murder, and you’ve got the makings of an edge-of-your-seat experience.

The Anime Series and the Upcoming 2022 Sequel

The popular Tiger & Bunny franchise began as an anime series broadcast in Japan starting in April 2011. During this period, it was also simulcast in North America on various streaming sites and instantly became a hit both domestically and abroad.

The series ran for 25 episodes and was directed by Keiichi Sato, who is known for creating The Big O. He also directed Black Butler and worked as an animation director on Wolf’s Rain.

The Tiger & Bunny anime series is known for its impressive use of CGI and its character design, with each hero having a very distinct and style and unique look. The use of color is often praised, being more bright and vibrant than many additions to the superhero genre in recent years.

Season 2 was announced earlier this year, premiering sometime in 2022. So far, all we know is that it will take place after Tiger & Bunny: The Rising, and will reunite us with our favorite heroes Kotetsu and Barnaby once more. It will also, luckily, bring back the original voice cast.

The popularity of the show is understandable, and the reasons vary. The characters’ relationships and problems are incredibly realistic and human. Whether it’s dealing with middle-age, losing a loved one, or feeling not good enough, it’s easy to see yourself in the heroes of Sternbild City.

Maybe people like seeing real-life companies mentioned on the screen, making it easier to pretend that the series is happening somewhere in our own world. It’s escapism at its finest, and we could all use a bit of that right now. I’m glad the heroes will be coming to save us soon.

Where to Watch Tiger & Bunny

The Tiger & Bunny anime series is currently available to stream on Hulu. Episodes can be purchased on Amazon, and a Blu-ray collection is also on sale for physical media buffs.

For those without a subscription, you’re in luck! VIZ is also streaming every episode free of charge. That means no excuses!

V-Residence Teams up With Tiger & Bunny for Themed Virtual Housing