Tiger Mask W and the Legendary Manga and Anime Preceding It 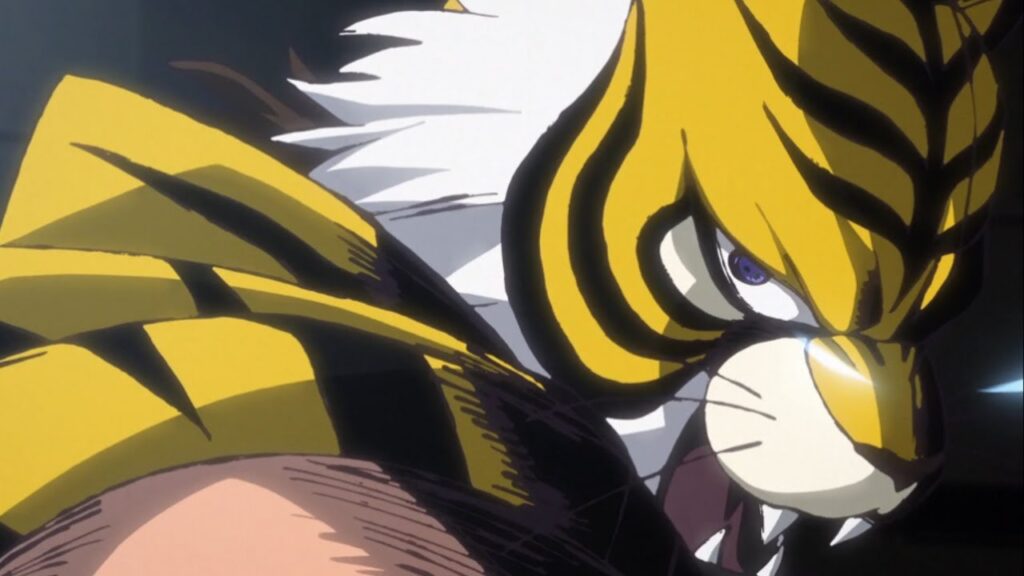 Tiger Mask W is an anime that premiered in 2016, serving as a sequel to the popular anime series that finished running 45 years prior. Any work that has a huge gap in-between series such as this is bound to turn away potential newcomers, as will someone’s familiarity or lack thereof when it comes to wrestling.

New Japan Pro Wrestling’s involvement with the series with real-life wrestlers playing parts in the anime might make it seem like a series revived for the sake of promotion. Fortunately, I’m quite happy to say that Tiger Mask W is a fun slobber knocker of a show that stands on its own while managing to celebrate the spirit of professional wrestling and the legendary series before it.

The Beginning and Lasting Influence of Tiger Mask

Tiger Mask began as a manga series by Ikki Kajiwara in 1968. The basis of the series is around Naoto Date, the wrestler known as ‘Tiger Mask’. As Tiger Mask, he is a ruthless and brutal heel (a wrestling term for a villain). His vicious nature stems from his orphan childhood and his desire to become strong.

Although he enjoys the popularity and infamy that comes with his villainy, his attitude changes when he meets a boy from the same orphanage he grew up in. The rebellious child looks to Tiger Mask as a hero for his strength, disregarding the terrible things he does. As Naoto sees himself in the young boy and realizes that the kid is cheering for a heel, he has a change of heart.

Tiger Mask turns face (changes sides from a villain to a hero archetype) and proves his strength without resorting to dirty or vicious tactics. This action is seen as traitorous by the Tiger’s Den, the group which trained Naoto and raised him to become Tiger Mask. The story follows the group’s attempts to defeat him in the wrong (by pin or by death).

An anime adaptation would begin a year after the manga began, and end the same year in 1971. There would be an anime original sequel series titled Tiger Mask II in 1981, but something far more influential would occur that year as well: the character of Tiger Mask would be licensed and portrayed by someone for New Japan Pro Wrestling.

A wrestler by the name of Satoru Sayama would bring the character to life for three years. Although ‘Japanese fans originally turned their nose at the idea‘ of a Tiger Mask wrestler, Satoru would change their minds within his debut match. On 23 April 1981, Tiger Mask made a name for himself in New Japan’s junior heavyweight division when he defeated wrestling legend Dynamite Kid with a mix of lucha-libre high-flying techniques and martial arts.

Even after Satoru gave up the Tiger Mask persona, it has continued to persist across different wrestlers such as Mitsuharu Misawa and Koji Kanemoto, and since 1995 has been used by Yoshihiro Yamazaki, also known as Tiger Mask IV. Although Tiger Mask IV started at Michinoku Pro Wrestling, he would eventually join New Japan Pro Wrestling.

That isn’t all that’s been inspired by the manga character come to life. The character Black Tiger, a villain from the series, has similarly been portrayed by a series of wrestlers who have donned the Black Tiger mask. The anime series Jushin Liger would influence a wrestler to famously adopt the persona as Jushin Thunder Liger.

Aside from the character staying in the limelight thanks to his real-world persona, he would make headlines in the last week of 2010 when someone donated ten backpacks to a child guidance center in Japan and left a note signed by ‘Naoto Date’.

This act would seem to have a major impact on other people over the following weeks. By the middle of January there would be 100 donations made to various orphanages and guidance centers. Most of the notes provided with these donations were signed under Naoto Date as well, but some were inspired by other characters from anime or folktales. 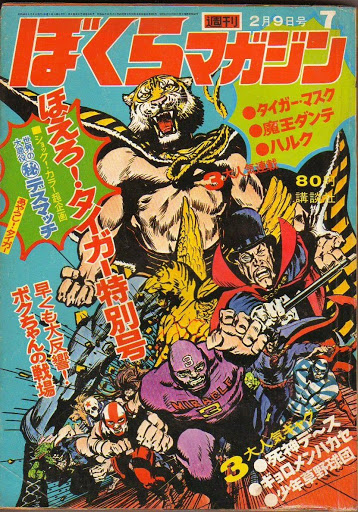 Tiger Mask W – A Sequel to the Original Tiger Mask

A sequel to the original anime was announced in 2016, with New Japan Pro Wrestling involved in the project. The title would be revealed as Tiger Mask W and would follow two separate wrestlers, one going under the name Tiger Mask and the other as Tiger the Dark. This series follows both men’s journeys as they train to get revenge on the ‘Yellow Devil’, but become entangled with the villainous Tiger’s Den.

Aligning with my own tastes, past and present, I would wholly recommend Tiger Mask W. By itself it is a fun over-the-top anime with enjoyable fights. For fans of the series or the theatrics of professional wrestling in general, this is a show that brings out a certain joy.

This craziness is immediately apparent with Tiger Mask W. The first episode has the main character knock out a bear while hanging upside down (and eating it in a stew afterward), while the second protagonist climbs a large mountain (and I’m pretty sure kills a man who tried to push him off) as a final test to prove himself worthy of wearing a Tiger Mask. This all happens within the first five minutes.

Obviously you don’t see these kinds of stunts in professional wrestling, but you’ll certainly see wrestlers saying they’re capable of such insane acts. This is how Tiger Mask W (and Tiger Mask before it) brings wrestling to life in a way I’d long forgotten. What was once filled in by my imagination as a kid is fully displayed in front of me as I watch each episode. 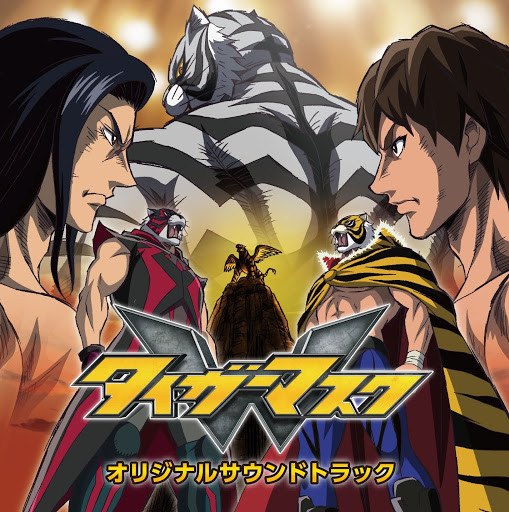 Even the most simple of suplex maneuvers is shown to be the tremendous and brutal technique it’s hammed up to be in professional wrestling. Fights take place in dangerous match types that make you question how it even works in this sport and someone can sound intimidating even while outrageously declaring that they are ‘Tiger The Great The Third.’

Tiger Mask W isn’t the most action-packed series I’ve watched, nor is it the most absurd. But it manages to capture the captivating elements of the theatrical worldwide sport that is professional wrestling. For being able to do that alone, I’d say it’s worth a watch.

Unfortunately, if you want to watch the original anime series, there aren’t any streaming options available. The series has never had English subs, much less a dub. Your best bet for watching it is to track down the old DVDs and watch it with a subtitle-less Japanese dub.

The manga series is a similar story; it would be translated to a couple of different languages where the series was popular, but it’s never been translated to English. The manga can be imported easily enough, but you’ll need to brush up on your Kanji and what not.

Tiger Mask W is thankfully much easier to watch, with the whole series available to stream on Crunchyroll in the Japanese dub.