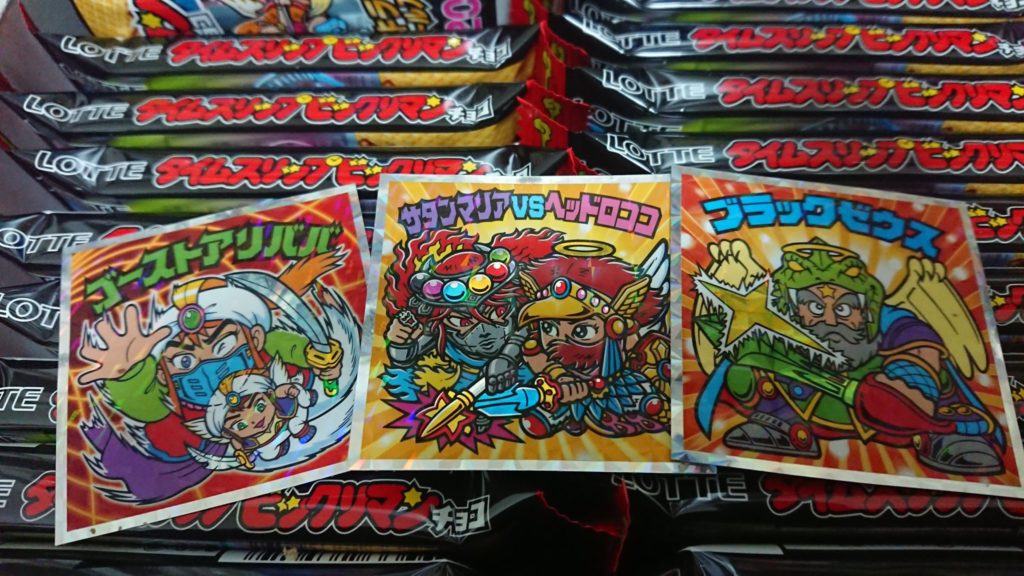 It’s been… a pretty good month for Lotte’s collectible seal series Bikkuriman, and a pretty terrible month for our wallets. Just last week I found myself writing about the latest collaborative Gundam collection of Bikkuriman seals, and now Lotte’s back with their latest original entry “Time Slip Bikkuriman” filled with topical takes on their original characters. Coming in with a total of 20 new, original seals, this set shouldn’t be too damaging, but the contents are already looking to take a pretty solid place in our collection. Made available this month exclusively to Aeon stores across Japan, collectors have wasted absolutely no time in completing their Time Slip Bikkuriman sets in their entirety, and, luckily enough, seemingly only needing to pick up a single box to do so due to the smaller run size. Check out a preview of that below:

If you’re not already familiar with the world of Bikkuriman, the now 42-year-old franchise has continued as a mainstay of the Japanese snack world, particularly noteworthy for their hyper-collectible seals contained in each packet. During their ongoing run, they’ve collaborated with the biggest names in anime, music, sports, gaming, and even most recently individuals such as Hiroshi Fujiwara who they entrusted to handle their Densetsu 11 series. They’ve got some serious pull, and only adding to that is their knack for design, constantly hitting it out of the park with their original characters and chibi-fied takes on pre-existing properties.

Available now at Aeon stores across Japan, I can basically already hear my boss running through the streets trying to find an Aeon to pick these up, pretty much as soon as he demanded this article come to fruition. For those interested in checking out additional information on the Bikkuriman series, be sure to check out our full archives, as well as Lotte’s official website.