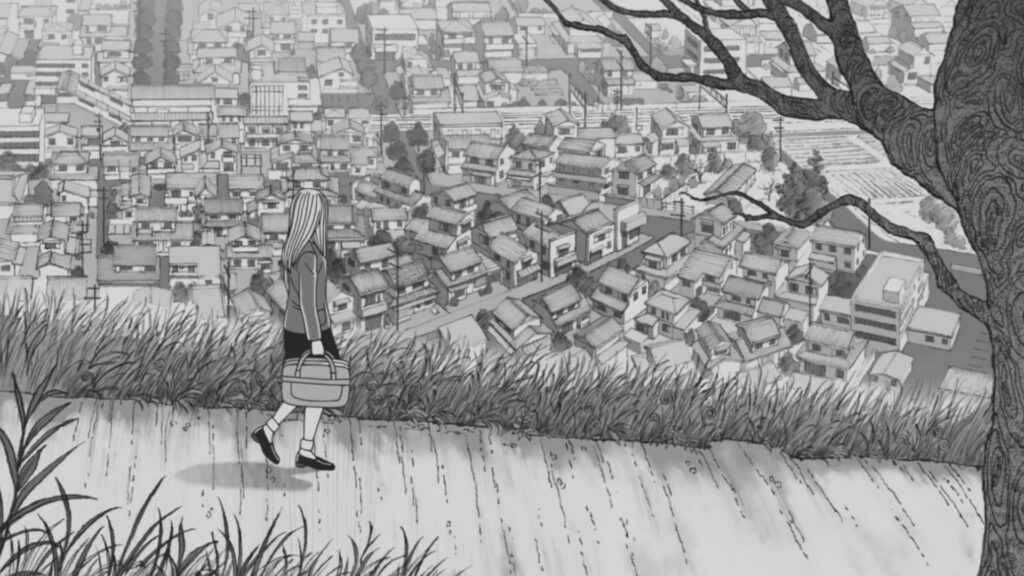 To help sweeten the otherwise sour news that the Uzumaki anime will be delayed yet again to October 2022, Adult Swim has offered us a sneak peek of the series’ first episode.

In a video hosted by director Hiroshi Nagahama (also known for Mushishi), we get our first look at how Junji Ito’s seminal horror manga looks in animation. Production I.G appears to be making use of a hybrid style, with the backgrounds being rendered in 2D while 3D models are used for the characters. Colin Stetson’s music also creates an eerie atmosphere, even if it is the same track we heard in the initial announcement trailer.

Just from these few seconds alone, it’s clear that the adaptation has the potential to live up to our high expectations. Nagahama reassured viewers that ‘It’s not like this is all we have done so far,’ but this came alongside the announcement that the Uzumaki anime would be delayed yet again to October 2022, having already been pushed twice from 2020 and now 2021.

Nagahama explained that COVID-19 has had a ‘huge impact’ on the anime industry in general, but the Uzumaki anime in particular. The entire production plan had to be restructured ‘from the start,’ possibly because the way that the project is being made requires ‘twice as much staff’ as is normally used.

Stemming from this, Nagahama teased that there were many more staff members attached to the Uzumaki anime that have yet to be revealed. They will be announced in due time among more clips from the show, although with the provision that they don’t reveal ‘too much’ of the content or contain spoilers.

It’d certainly be a shame to dull the impact of some of Uzumaki’s most horrifying reveals for those who haven’t read the manga because of a careless trailer, so this is definitely the right approach.

The Uzumaki anime will air in October 2022 on Toonami.