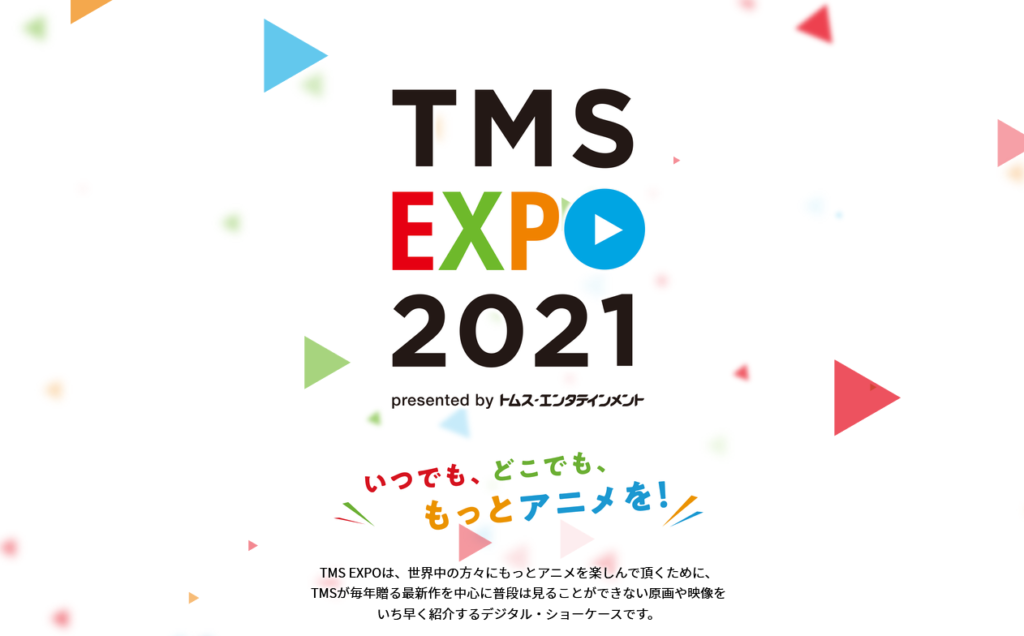 It seems as if everyone and their dog is doing some sort of ‘online convention’ as of late, from Anime NYC to Anime Japan, but who would’ve thought that even TMS Entertainment would get in on it? The legendary anime studio announced today that they will run a ‘digital showcase’ from 22 March as part of TMS Expo 2021, delivering exclusive content based on the studio’s upcoming projects. This is the first time that such an event has been conducted.

For any other anime studio, this announcement might go down like a sack of bricks. Can you imagine Bandai Namco Pictures trying to drum up excitement for Cestvs: The Roman Fighter? Yeah, not happening. Considering just how many high-profile series TMS Entertainment looks after, however, TMS Expo 2021 might be worth keeping an eye on.

Kicking things off on 22 March will be Detective Conan: The Scarlet Bullet, the latest film in the Detective Conan franchise that was delayed for a year due to COVID. Next up will be Baki: Son of Ogre and Megalobox 2: Nomad on 23 March and 24 respectively: two sequels to two very well-received adaptations. The big one is then coming on 25 March: Lupin III, which is celebrating its 50th anniversary this year. And 26 March will round things off with a side of bullying and zombies with content focused on Don’t Toy With Me, Miss Nagatoro and Resident Evil: Infinite Darkness.

As to what kind of content you can expect from TMS Expo 2021, the official press release promises ‘things you can’t otherwise normally see,’ such as ‘genga and videos.’ At first glance, then, this appears to be just another digital exhibition… but wait! Look at SEGA’s Twitter, and you’ll come across this curious teaser image of Lupin standing in front of Big Ben: is this an inadvertent announcement of Part 6 set in London by TMS’ parent company?!

In any case, it’s pretty clear that there might be more than meets the eye when it comes to this TMS Expo 2021. Consider checking it out when it starts on 22 March. The official website is open now.