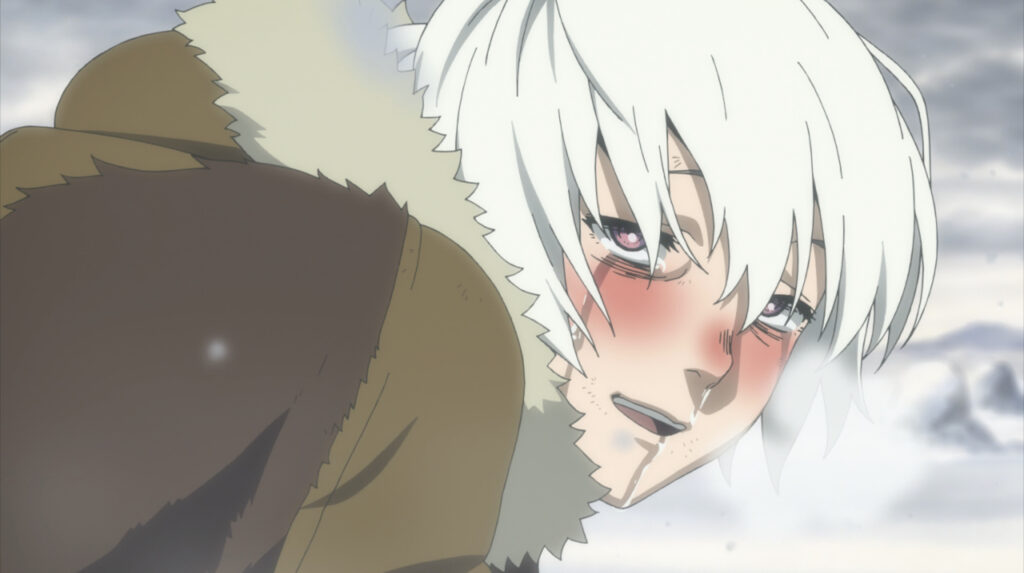 Based on episode 1, it’s fair to say that there isn’t an anime airing this season quite like To Your Eternity.

Then again, that impression was apparent even before the series premiere hit screens and streaming yesterday. Everything, from the setting of a snowy, rural wilderness seemingly based on Alaska, to even the decision to bring on Utada Hikaru for the theme song for the first time for a TV anime, was unlike most anime coming out of the industry in recent years. 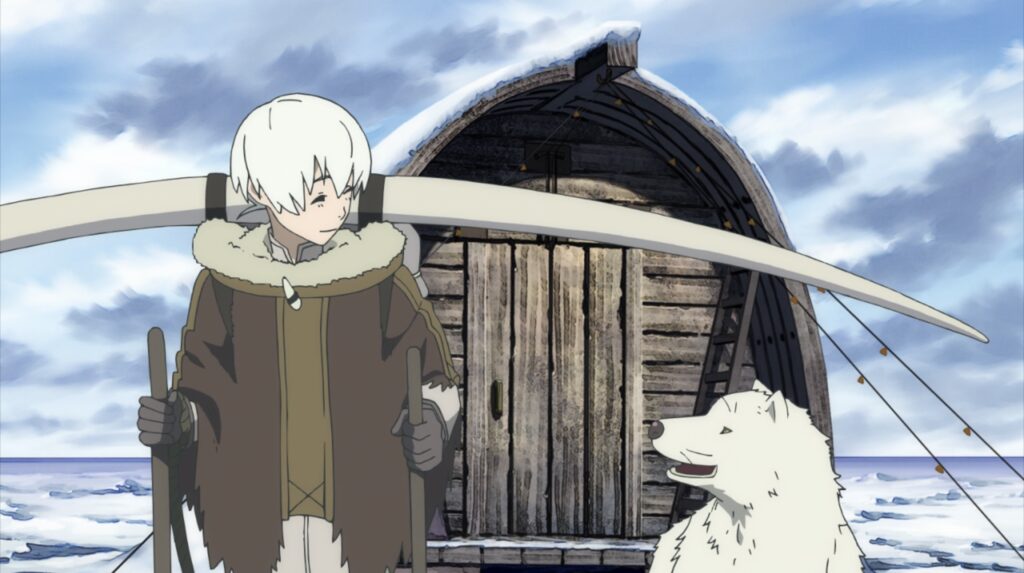 The manga for the series has engrossed audiences ever since it began serialization in Weekly Shonen Magazine back in 2016, all thanks to its unique concept. In the series, an omnipotent narrator sends an orb to Earth that learns to adapt to its environment. Having initially taken the shape of a rock, it then takes the form of a young boy’s wolf that died on its back. Throughout this first episode, the wolf learns from the boy and eventually takes their form when the boy’s hopes of a journey beyond their solitary home falls through.

Despite an unusual premise, much of the episode plays out exactly as you would expect, with predictably tragic results. Not this is a slight against the episode’s quality, which uses the 25 minutes of airtime given to it to thrust you into the middle of this relationship between a desperately lonely boy and his only companion. We know that the family and village members who left to find a new home and never returned died on their journey towards paradise, but it doesn’t mean that we feel the pain of the boy when he loses all hope of being reunited. 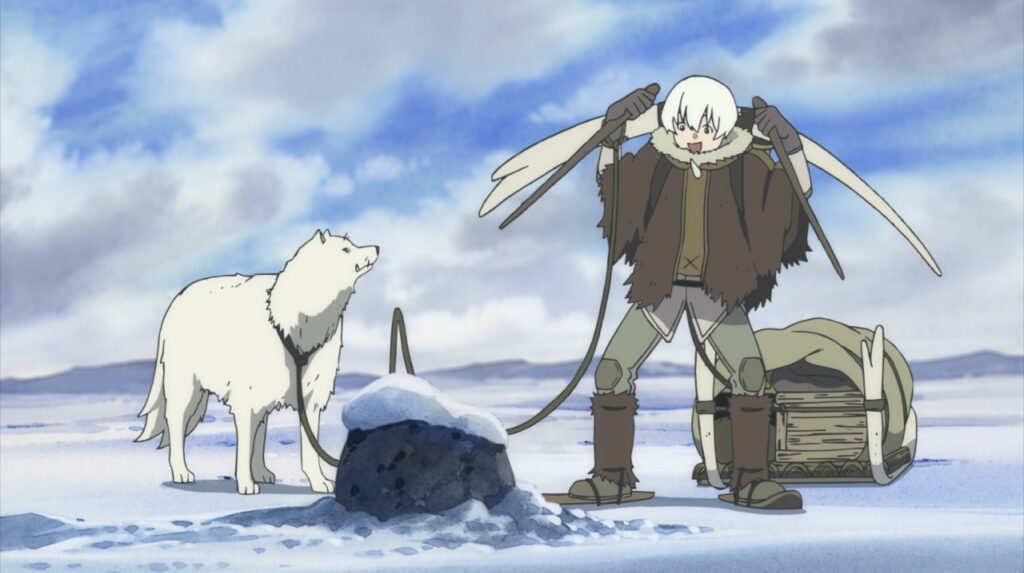 Often, execution can trump surprise, and the episode is stronger for easing us into the unique premise of a sentient orb learning and embodying the livelihoods and experiences it encounters with the predictability of a painful loss. The episode is engaging, not because it tries to pull the rug from underneath you, but for how it envelops you in the boy’s desperate optimism and unrivaled love for an animal he doesn’t realize is no longer with him, and the orb’s confusion at understanding these emotions.

In many ways, our two characters in To Your Eternity episode 1 are rather alike. While the orb in the shape of a wolf is a blank canvas learning from the experiences around it, in turn learning about love from a place of confusion, their companion is someone who was abandoned by their people and has only felt the pain of losing the people they loved. Both are desperately alone and only know the reciprocal love of a being that they aren’t even sure understands what they’re thinking. How alone must that feel? 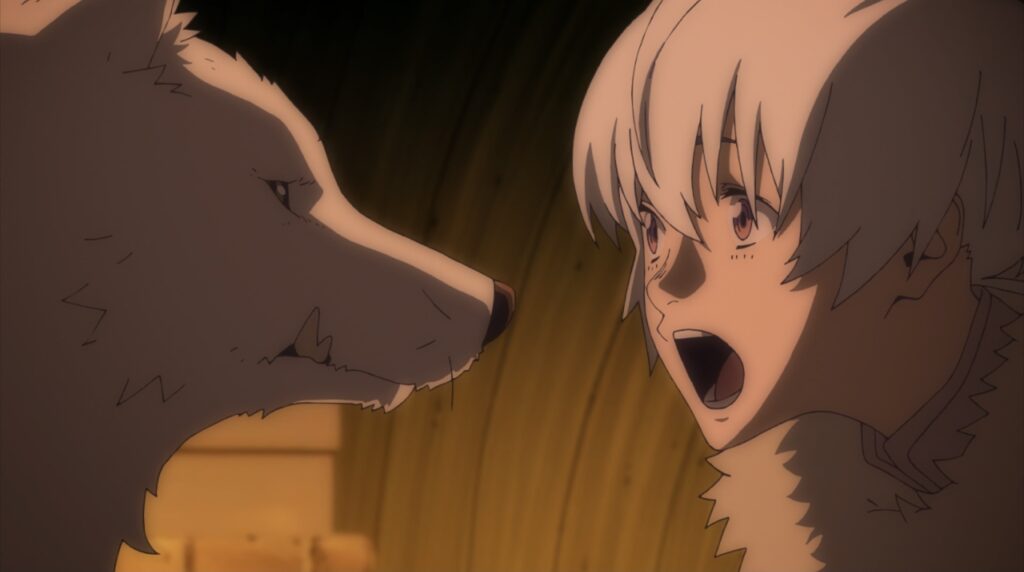 It establishes a basis for what the rest of the series (based on its synopsis and a next episode preview) is attempting to capture: what does it mean to love another being? We witness one form of love when simply the idea of companionship in the face of abandonment and loss can keep the unnamed boy optimistic even up to their most tragic end. Sometimes, just the thought that something is there for them is enough to keep despair from creeping in.

Based on the next episode preview, we see what companionship can bring to one another, while the weight of sacrifice for the supposed greater good weighs heavily. All of this comes while this being at the center of our story is still trying to understand what love even means. 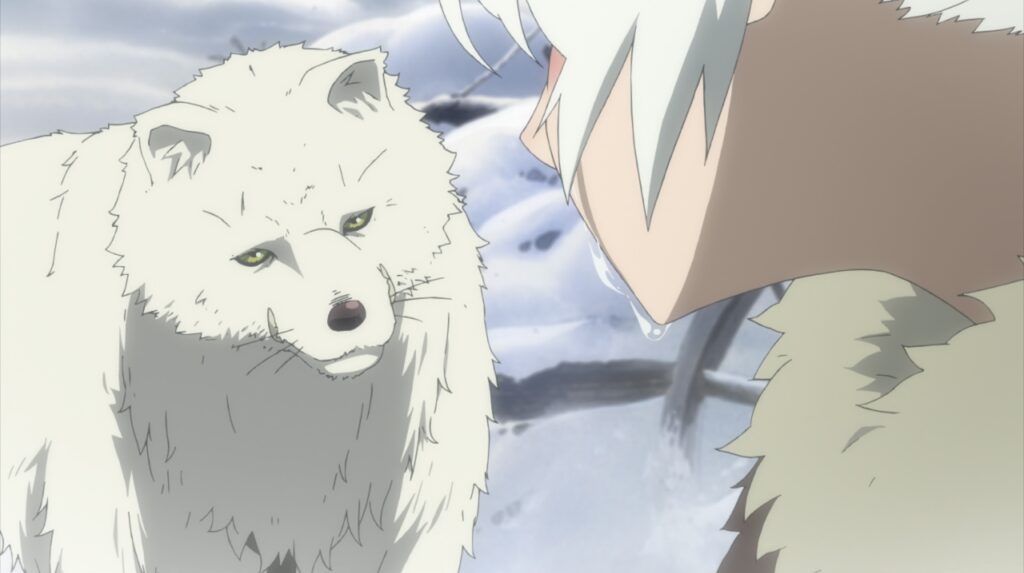 In reality, we know very little about the broader story of To Your Eternity from the events of episode 1, but I’m not sure that matters. What we do know is what the story is aiming to be, something embedded deep into every aspect of the show from its setting to its execution, and it’s this that stands this anime apart from the competition. If I had to compare it to any other show airing this season it would have to be Super Cub, which similarly spends its first episode exploring the character’s mental state and what the anime wants to convey, as opposed to diving straight into events. Even then, the concepts driving both anime couldn’t be further removed from one another.

While it would be easy to wax lyrical on the stunning musical score or speak more on how the show brings life to what is, by design, an abandoned wasteland of white, To Your Eternity episode 1 is best experienced first hand, rather than through the words of a humble journalist. 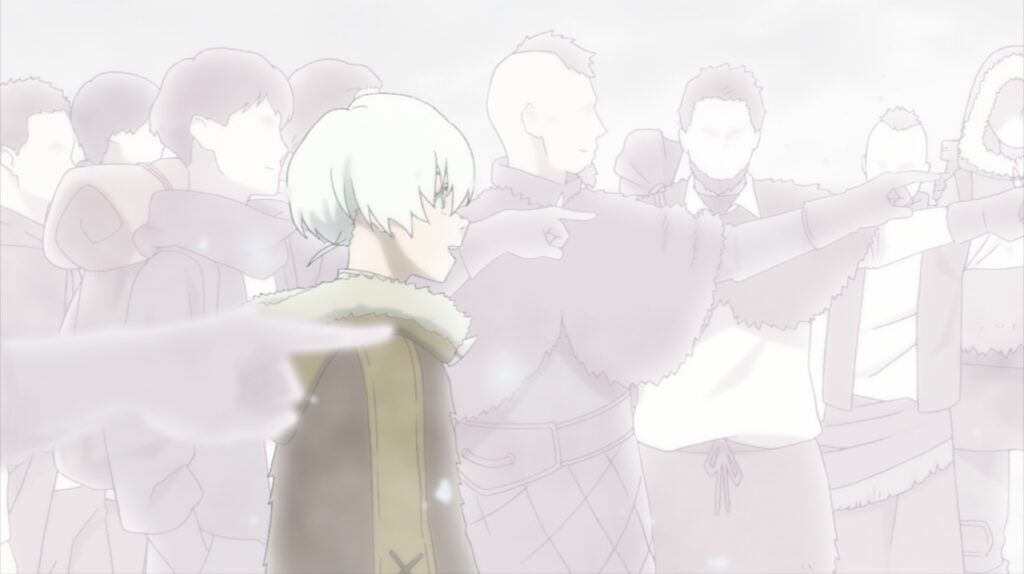 Which is why I end this review with a request: Stop reading this article, get yourself comfortable (maybe with a nice cup of hot chocolate), and give this anime a try. Maybe get yourself a box of tissues at the ready, though, just in case.

To Your Eternity is currently streaming on Crunchyroll.