Today’s MENU for EMIYA Family to be Streamed on Crunchyroll 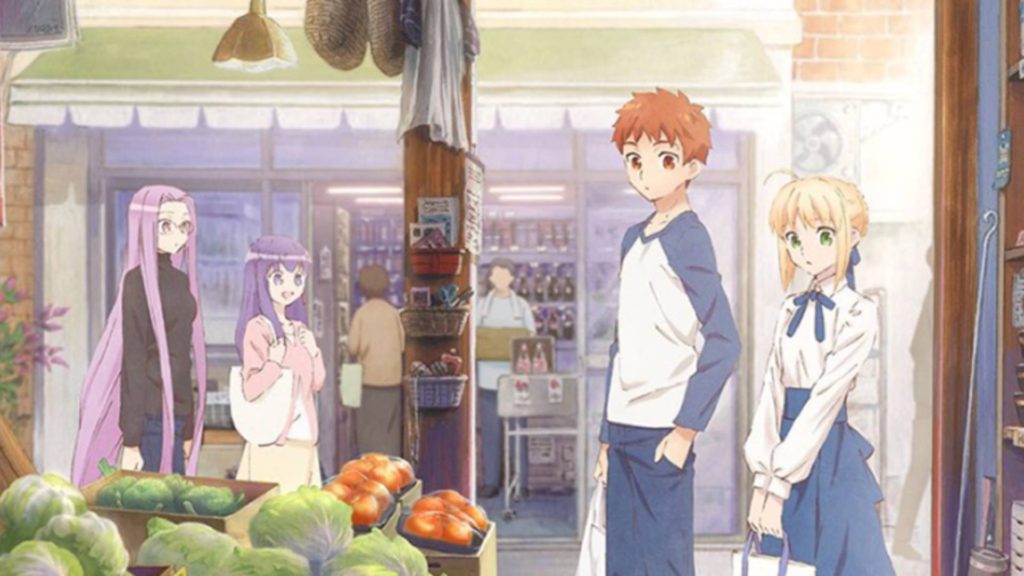 When it comes to series that aren’t going away any time soon, I’d dare suggest that the Fate/ series is pretty high up there. With the success of both Aniplex and Sony’s mobile monolith Fate/Grand Order, and Type-Moon author Nasu’s penchant for creating a character revolving around every significant figure in history, the content is seemingly endless.

Well, what if that one of those historical figures turned character was considerably good at cooking? What if that character was the one and only Shirou Emiya? If this was ever something you had wanted, for whatever reason, you’re in luck — Crunchyroll will be airing the entirety of the  Today’s MENU for EMIYA Family anime this season, which features a more playful approach to in contrast to the usually-clamorous approach of the Fate/ universe.

According to the Aniplex of America press release:

Aniplex of America announced on their livestream that they will begin streaming Today’s MENU for EMIYA Family on Crunchyroll beginning January 25th. The series, which originated as a spin-off manga by TAa/TYPE-MOON, will be produced by Fate series dream team, Hikaru Kondo and the prestigious studio ufotable, both credited for the success of Fate/stay night [Unlimited Blade Works], Fate/Zero, and most recent smash hit film,Fate/stay night THE MOVIE [Heaven’s Feel] I. presage flower. Two more heavy hitting veterans within the Fate franchise, Takahiro Miura (Fate/stay night [Unlimited Blade Works]) and Tetsuhito Sato (the Garden of sinners, God Eater), will be serving as directors for the series. The series’ character design is by Toko Uchimura, who is well recognized for designing Katsugeki! TOUKEN RANBU main character, Izuminokami Kanesada. A new episode of Today’s MENU for EMIYA Family will be available on the 1st of every month on Crunchyroll with the first episode kicking off on January 25th.

A considerably more light-hearted look into the usually serious and dire Fate universe, Today’s MENU for EMIYA Family depicts happier times in Fuyuki city with each episode focusing on protagonist, Emiya Shirou, cooking appetizing meals for those around him. The series also reunites the Fate/stay night series’ popular characters and all-star cast including Noriaki Sugiyama as Shirou Emiya, Ayako Kawasumi as Saber, Kana Ueda as Rin Tohsaka, Noriko Shitaya as Sakura Matou, and Yu Asakawa as Rider. The opening theme is “Apron Boy” by self-proclaimed foodie, hip hop rapper DJ Misoshiru to MC Gohan and ending theme “Collage” is by Sangatsu no Phantasia, who also sings the ending theme for KIZNAIVER.

After witnessing the gravity of recent anime outings like ufotable’s takes on Fate/Zero and Fate/stay night,  this is bound to be quite the refreshing watch. Maybe we can all come to like Shirou again, but who knows?