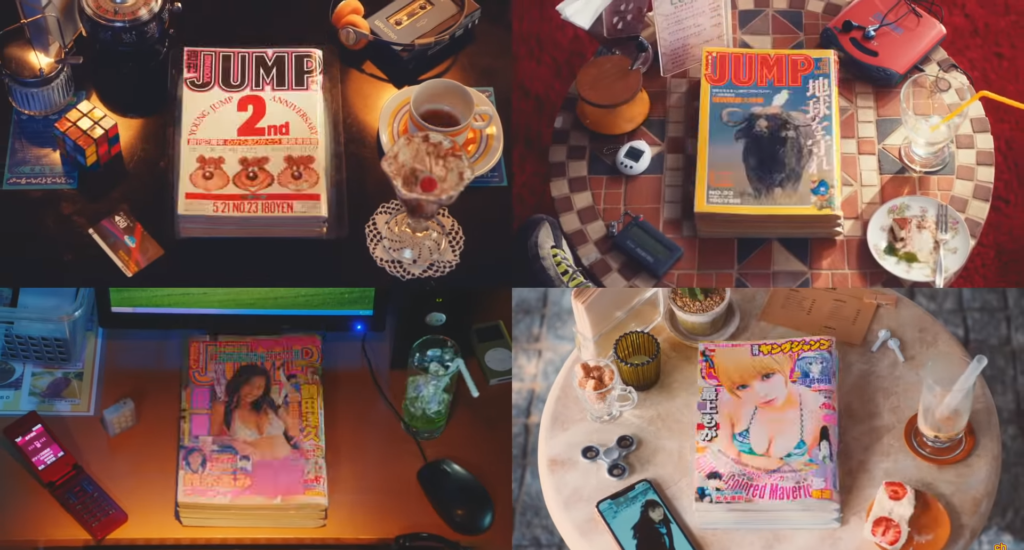 Tofubeats is a musician who stays busy. He just announced a new single last week, and yet today, a completely different song he made dropped. This one, however, isn’t just the work of Tofubeats alone. For the magazine’s 40th-anniversary, Weekly Young Jump, Shonen Jump’s seinen sister magazine, enlisted the trackmaker’s help on ‘What Is Young’. The song and video highlights 40 years of manga that run in the magazine. While not as popular as the flagship Shonen Jump, many beloved series has run in the pages of Young Jump over the years. The video’s a treat for manga and Tofubeats fans alike.

As you can see, there are hundreds of characters from dozens of series represented in the video. We can’t list them all but some highlights from Weekly Young Jump include Kingdom, Terra Formars, Golden Kamuy, and two of my personal all-time favorites Gantz and Tokyo Ghoul. From its inception in 1979, the magazine has been running manga that’s popular with teens as well as adults. The ‘What Is Young’ video clever edits hundreds of manga illustrations to make fan favorite characters like Kei Kurono and Umaru-chan run and leap across the screen. Weirdly, Tokyo Ghoul is absent from the video despite being one of the magazine’s biggest hits of all time.

The ‘What Is Young’ track itself is campy but a lot of fun. Lots of kitschy bleeps and bloops and vocal samples cut in make it an enjoyable listen from start to finish. Tofubeats knows his way around sound design and melodies, and while he’s written more intensive music in the past, this doesn’t disappoint on those ends. In additional to his never-ending solo work, he’s collaborated with the likes of PlayStation and even scored a film recently. As we said, the man stays busy.

Tofubeat’s next single will drop May 24. You can read Weekly Young Jump on magazine stands anywhere in Japan.