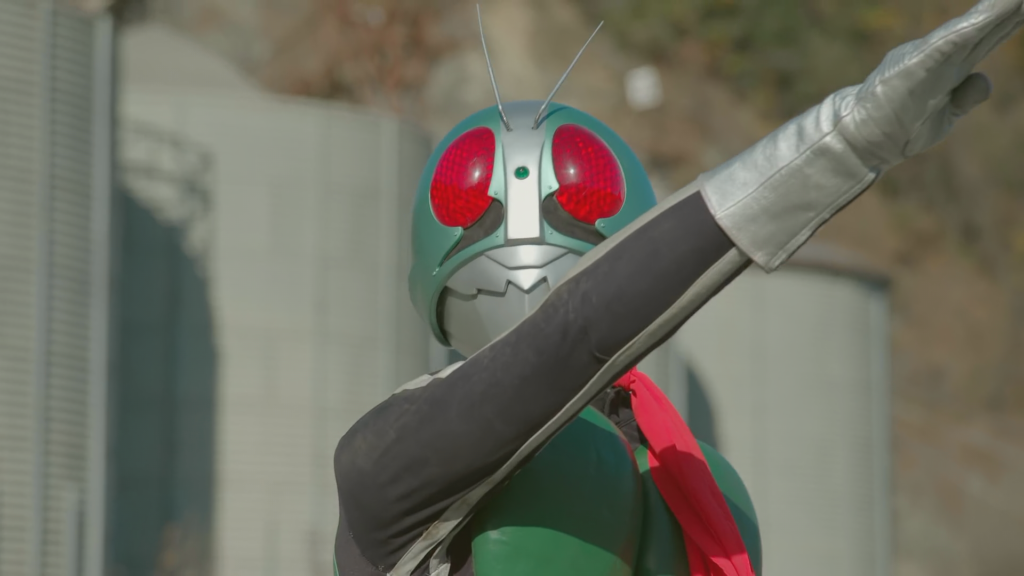 Shout! Factory is bringing classic tokusatsu fans the content they’ve been craving with a brand new station dedicated to the special effects spectacle that created an empire in Japan. TokuSHOUTsu is a new station on the online free television platform Pluto TV which is debuting today with the very first episode of the original 1971 Kamen Rider series, a show that has never been available in English in any official capacity before now. Kids who grew up in the Power Rangers boom of the 90s may remember the short-lived “Masked Rider” adaptation from Saban,  and die-hard fans may have tuned into the unfortunately quickly canceled Kamen Rider: Dragon Knight adaptation in 2009, but this is the grandaddy to both of those.

Breaking News, tokusatsu fans! We’re launching a channel just for you! @TokuSHOUTsu premieres tonight at midnight PT! Tune in to watch the original 1971 season of Kamen Rider and so much more! CH 681 on @PlutoTV https://t.co/lLmr3FBEMo #KamenRider #DropIn pic.twitter.com/HLrlXyTO4A

In addition to the original Kamen Rider, Shout! Factory has announced that other iconic tokusatsu franchises will also be featured on the online network. Ultraman Leo, Super Sentai series, and other Kaiju series will be featured on the programming schedule in addition to a tokusatsu focused weekly talk show hosted by Squall Charlson titled “Let’s Talk Toku“. Here’s the rundown from their official press release:

In addition to the regular series mentioned above, the promotional video also highlights “Power Morphicon Live” although it doesn’t give many details as to what this programming will entail. For those unfamiliar with it, Power Morphicon is a Power Rangers/Tokusatsu focused convention that happens every other year in California. It’s reasonable to assume that this will entail programming from the event floor and possibly some of the major panels that occur at the convention. I’m sure we’ll get more details as we get closer to the next Power Morphicon event, the first weekend of September.

Whether you’re an existing fan or a newcomer to the tokusatsu genre, this network definitely features the best of the best. As time goes on we’ll see even more franchises added to the lineup but in the meantime, there’s plenty to enjoy already. Tune in on Pluto TV starting March 17th at midnight PST, channel 681!