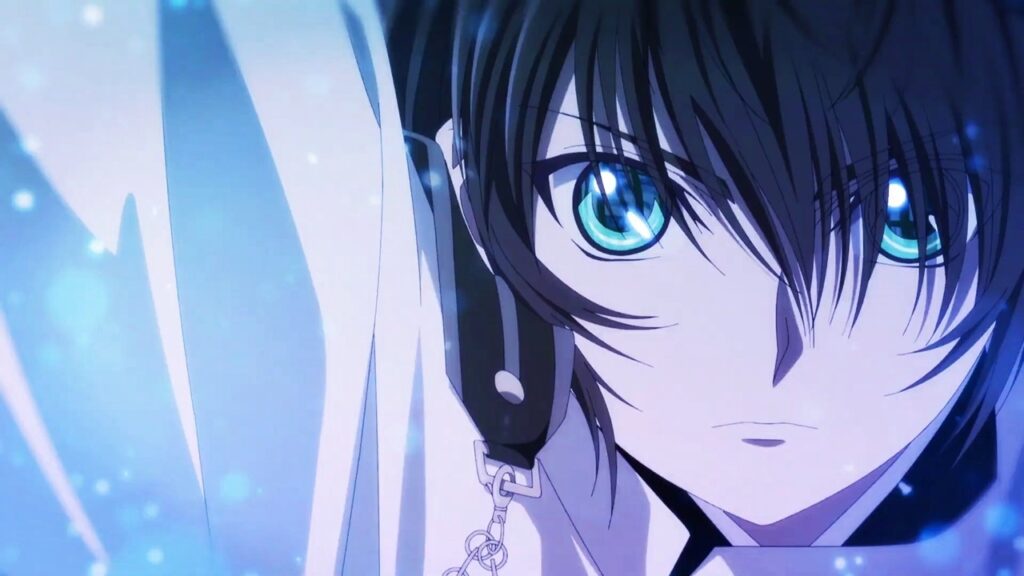 The series was scheduled to hit Japanese airwaves this April, but late last year the studio found some instances of plagiarism with the character designs and costume designs, causing the company to issue an apology. However, production of the series continued, albeit delayed from April 2021. 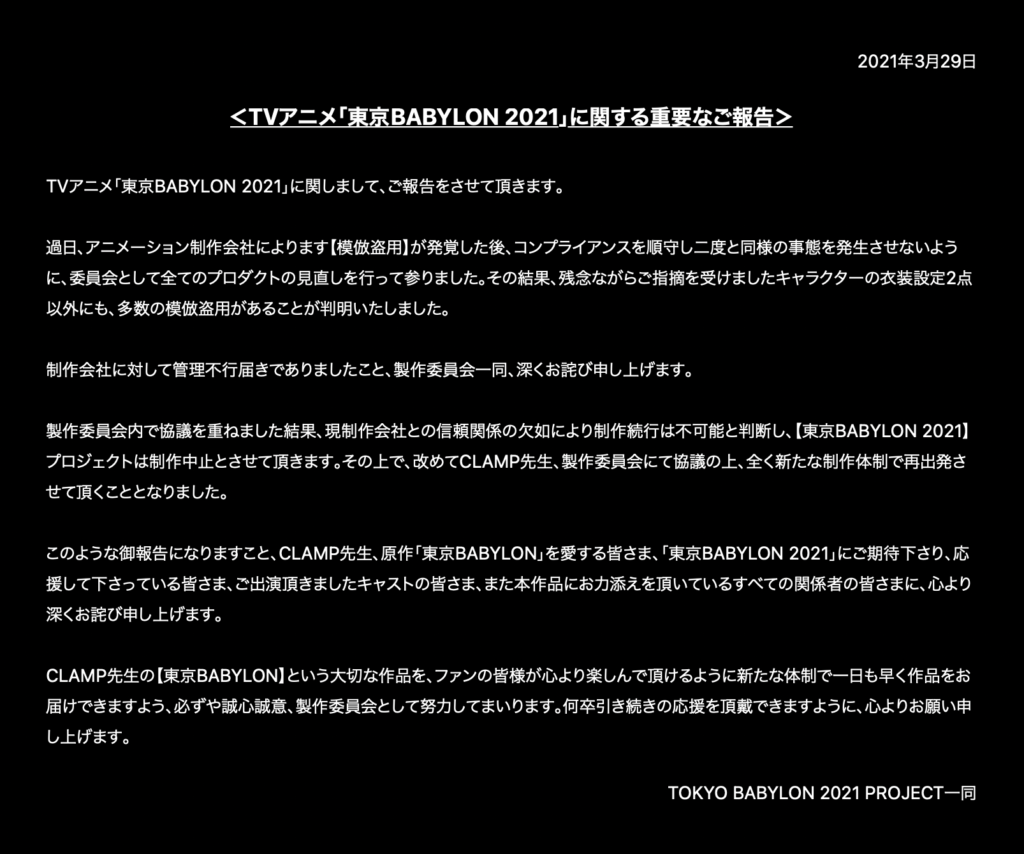 The announcement comes as a shock to fans that were expecting the new series to be dropping this Spring. Based on the official announcement from the official homepage, production on the series will stop. The statement reads:

We would like to make a report regarding the TV animation ‘Tokyo Babylon 2021’.

After the recent uncovering of plagiarism by the animation production company, the committee has been diligently reviewing all products to ensure compliance and to prevent a similar situation from occurring again. As a result, unfortunately, we have discovered that there are many other imitation plagiarisms in addition to the two character costume settings that were pointed out to us.

The Production Committee sincerely apologizes to the production company for this oversight.

We would like to express our deepest apologies to CLAMP, everyone who loves the original Tokyo Babylon, everyone who has been expecting and supporting Tokyo Babylon 2021, the cast members who have appeared in the series, and all the people who have been involved in this production. Again, we would like to express my deepest apologies to all of you.

We, as a production committee, will make every effort to deliver CLAMP’s vision of Tokyo Babylon as soon as possible under a new structure so that the fans can truly enjoy this important work. We sincerely hope that you will continue to support us.

It’s good that they still wish to deliver Tokyo Babylon 2021 in a proper fashion, but it seems that we’re going to have to wait quite some time until we get to experience it. Plagiarism is something that you never want to get tied up in, and it looks like the production company, who was possibly trying to take some shortcuts here through some unconventional means, bit off more than they could chew.

The official Tokyo Babylon 2021 Twitter, Instagram, Homepage, and other related websites will also be decommissioned on 30 April.